These locals went above and beyond during a challenging year. 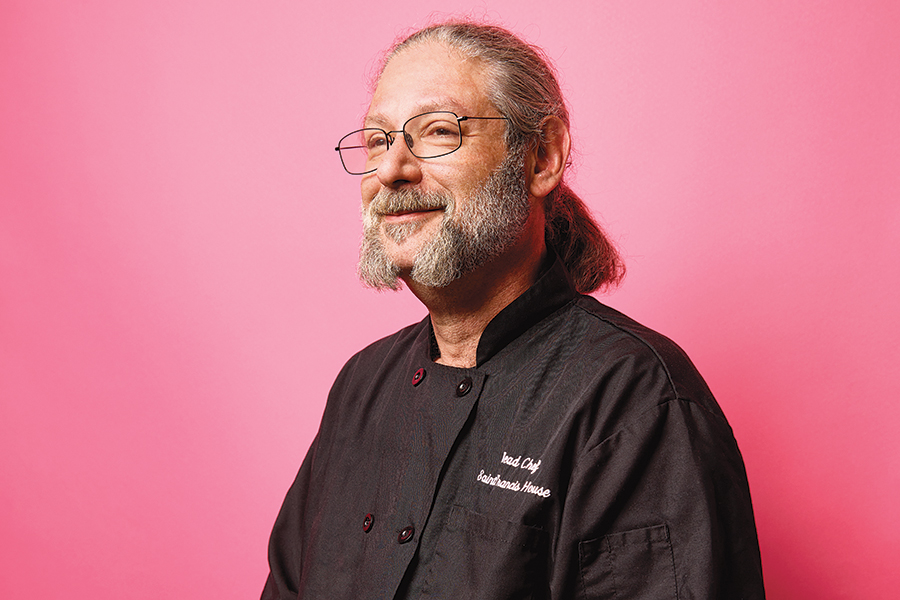 An appetite to serve: Green wakes at 4 a.m. daily to head to the kitchen at St. Francis House, a downtown homeless shelter, where he is responsible for feeding up to 400 people every mealtime. Most important, though, he does it with a rare, profound compassion that touches the hearts of hungry guests, many of whom also struggle with substance use disorders. That’s because Green, who is “30 years clean and sober,” personally understands how close any one of us might come to needing a helping hand. “I’ve been on that side of the line,” he says. “I know what it’s like to not be able to get food or put a roof over your head.”

Every customer is his most important customer: Treating homeless guests with dignity means more than simply providing a free meal. Green draws on skills he’s honed over decades of work to design thoughtful menus you’d more likely find at a fine neighborhood café: think bison meatloaf, chicken lo mein, and a seafood bisque made from the previous day’s tilapia leftovers. Like any chef, he knows his regulars by name and accommodates their allergies and restrictions—and he’ll even leave takeout at the security desk for those who have to grab and go.

Always willing to adapt: Even as luxury high-rises shoot up across Boston, Green has noticed the need at St. Francis House continue to grow over his 10 years at the shelter, and especially during the pandemic. “There seems to be a lot more people who just can’t afford food,” he says. It’s also harder for him to find affordable ingredients, now that the food banks he normally works with are similarly struggling to keep up with demand. For Green, though, where there’s a will there’s a way: “I’ll put off buying equipment, and use the money that was set aside to pay for food. That’s the mission—not whether I have a new stove or shiny chef jacket.” —Scott Kearnan 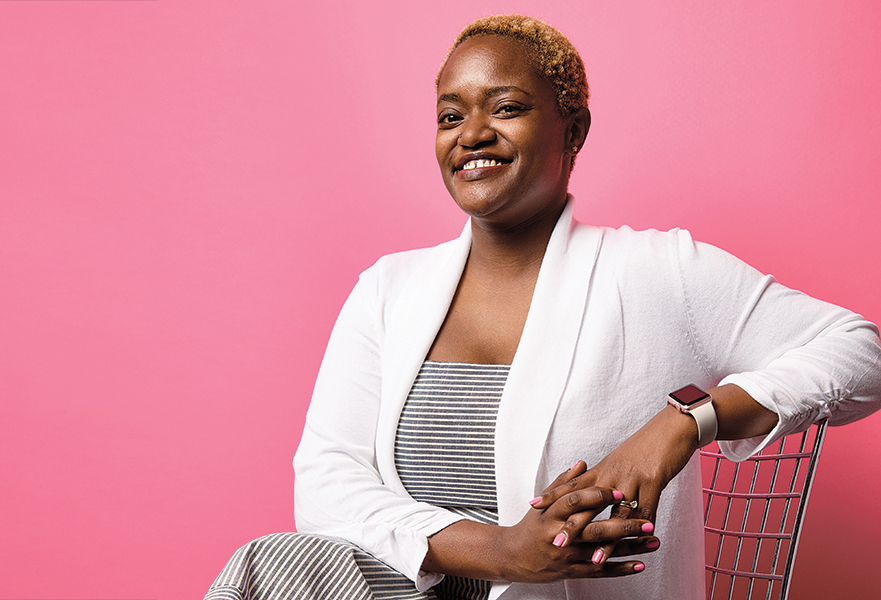 A kid’s best friend: Changes in daily routines, remote schooling, even the tragic loss of a family member—kids haven’t had it easy over the past 16 months. No one knows this better than Fatima Watt, who has been on the front lines of helping children, and their families, cope with the serious emotional effects of COVID. “We’re seeing an inordinate amount of trauma,” Watt notes, and she doesn’t see it coming to an end anytime soon. “As we start to come out of the pandemic, I think there’s going to be an increase in mental health challenges.”

Quick to respond: Soon after last spring’s shutdowns, Watt ramped up her department’s telehealth services, started specialized parent-support groups, and increased communication with patients who needed it most, especially those who should have been inpatient but instead found themselves boarding at home during the pandemic. “I’m proud of how accessible we’ve been. In some situations, it has saved lives,” she says, pointing to several urgent calls her team received from teens attempting suicide during the pandemic. “It definitely put a lot of pressure on clinicians and staff to meet this acuity, but we have expanded and hired to continue to meet the need of the patients.”

A parent first: The empathy Watt has for the families she works with is real, having a five- and seven-year-old at home herself. “I think this has been the most difficult part of my life, trying to figure out how to work and take care of my children,” she says. “There’d be times I would watch my seven-year-old sitting in front of the screen and she’d just be crying…and I’d be like, ‘Okay, we’re closing the computer because your mental health is more important to me than whatever’s on the screen now.'” —Brittany Jasnoff 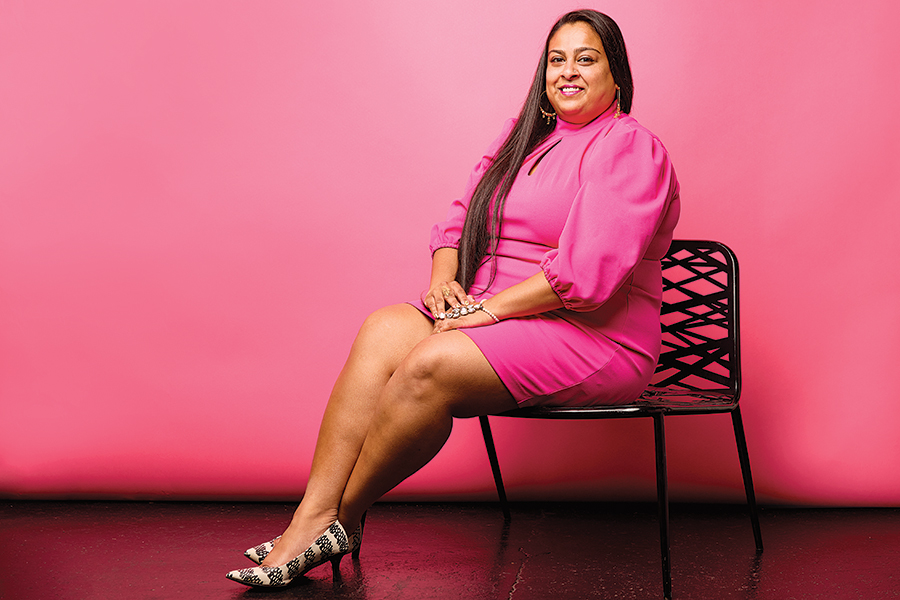 Filling in the gaps: Was there any side effect of the pandemic Dimple Rana didn’t work to remedy this year? As leader of Revere’s COVID-19 Community Response Network, the powerhouse city employee and her team could be found handing out PPE kits and COVID safety flyers, spreading the word about vaccines, and helping people apply for rental assistance. What’s more, the program Rana launched has made groundbreaking strides in communicating with Revere’s non-English speakers. “We really needed to reach populations we have not traditionally reached before,” says Rana, whose staffers translated city materials for the first time in Spanish, Portuguese, and Arabic and deployed multilingual “COVID ambassadors” to deliver public safety messages door-to-door.

A personal mission: Making services more inclusive during COVID was not only strategic; it was also a long time coming. Rana has been troubled for years by racial tensions in her hometown, and a lack of diversity in local government. “Growing up here had its challenges. I need to be part of the change that needs to happen in Revere,” she says.

Strength in numbers: Thanks to Rana’s leadership, the city’s Community Response Network attracted more than 600 volunteers. By summer 2021, the group had distributed more than 122,000 meals or packages of food. Its call center also had 22,000 conversations with residents about health resources, vaccine appointments, and wellness checks.

Love from City Hall: “Without Dimple’s heroic efforts, so many of the needs of our residents could have slipped through the cracks,” Revere Mayor Brian Arrigo says. “The impact she has made on our city will be everlasting, and we are grateful for her efforts.” —Spencer Buell 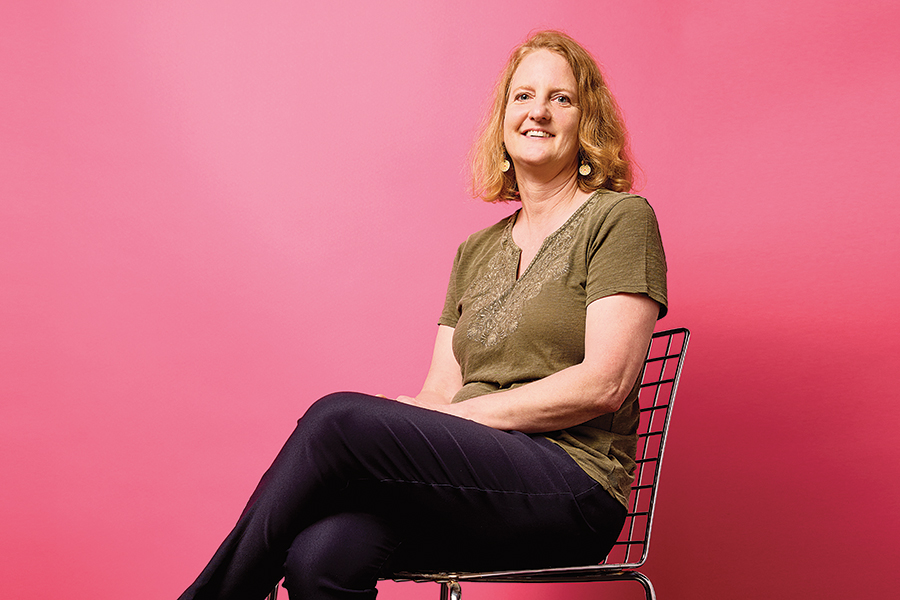 Quick thinking: Imagine having to endure the past 16 months without a sofa to curl up on or a coffeemaker to help you start another long day at home. Thanks to Sharon Martens, scores of struggling local families didn’t have to. As executive director of Household Goods, an Acton-based nonprofit that provides free furnishings to those in need, Martens sprang into action last spring to ensure clients had continued access to the organization’s services. “We had to change the way we did everything, from taking in [furniture] donations to how they were processed to how we gave them away,” she explains. Part of her team’s solution? Quarantining newly acquired housewares in storage containers before moving them to the group’s showroom, where a volunteer—outfitted with a cart and a tablet—could help clients make selections via Zoom.

It’s a team effort: While guiding the organization through myriad process revamps and a significant volunteer shortage—during the pandemic, the number of helping hands decreased from 1,000 to 560—Martens also oversaw the completion of a $2 million capital campaign to fund an addition to Household Goods’ Acton facility. But she acknowledges she couldn’t have done any of it without her loyal staff and volunteers. “Household Goods can’t exist without this amazing group,” she says.

The greatest reward: In some ways, Martens says, the work the group does is very transactional—”somebody needs a couch, we’re going to give them a couch. But then we get these notes from our clients that say, ‘You didn’t just give me a couch and a lamp and dishes. You gave me hope.’ And to hear that and know that the way people felt when they left with their items is what really made the difference. That to me is just so much more meaningful than the items themselves.” —Andrea Timpano 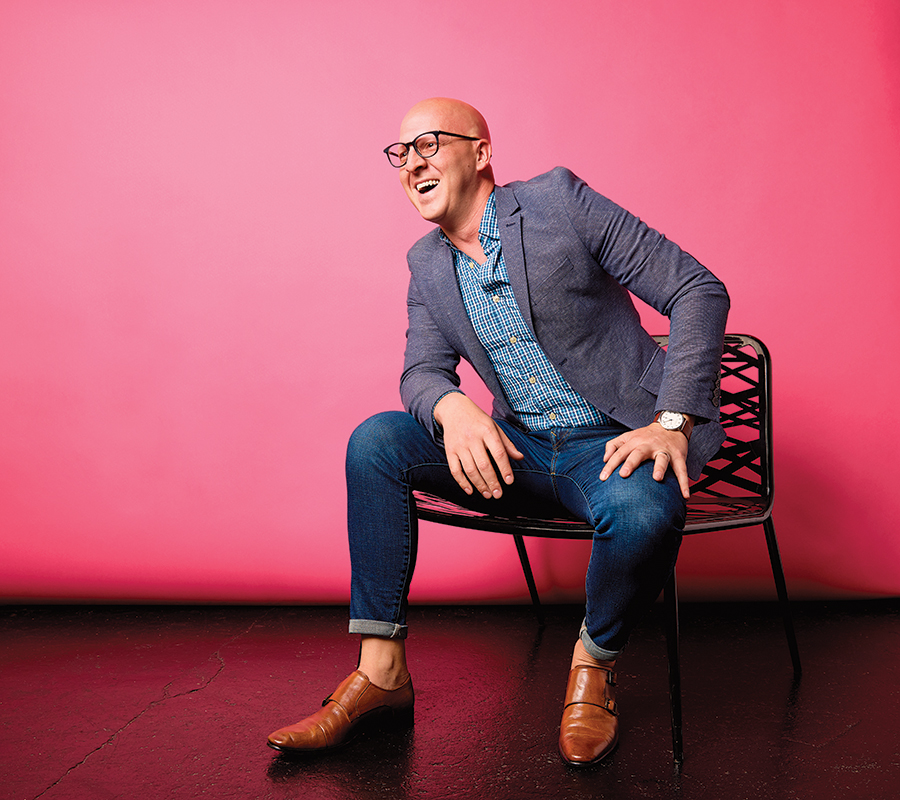 Uncharted territory: In late March 2020, Bryan Finocchio called his husband to deliver the news: The cardiac unit that he worked on as a nurse at Massachusetts General Hospital was slated to become a COVID ward the following day. “When you first go into nursing, this isn’t something that you sign up for. There’s no way to [predict] that you’re going to deal with a pandemic,” says Finocchio, who also runs his own wedding-and-event-planning company, 33 Munroe. “It was definitely scary.” Nevertheless, duty called, so Finocchio masked up and picked up extra shifts to care for some of the sickest patients he’s ever seen.

A labor of love: In between shifts at the hospital, Finocchio also worked tirelessly to keep the lights on at 33 Munroe, which he launched 10 years ago. He was determined to see his couples down the aisle, even if that “aisle” was now a stretch of grass in their parents backyard. So as his clients slashed their guest lists, Finocchio quickly pivoted and planned scaled-down micro weddings and elopements. He even managed to design floral arrangements bursting with roses and lush greenery for a few of his coworkers’ intimate fetes.

Moving on up: Despite the major hit the wedding industry suffered during the pandemic, Finocchio managed to take 33 Munroe out of his makeshift studio (a.k.a. his basement) and into a space in Salem this past spring. With newfound hope thanks to the vaccine, his team “is excited to bring couples in for consults,” he says—and as a gay man, it’s especially important for him to open his doors to the LGBTQ+ community and offer a safe, inclusive space. “Those are my people,” Finocchio says. “We have to support one another, especially after this past year.” —Michaela Anne Quigley 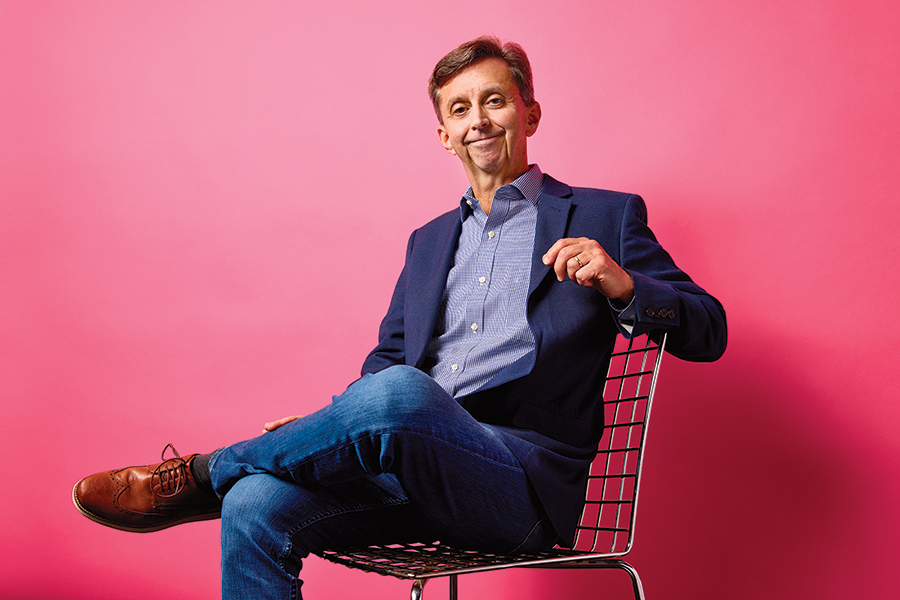 Help when it mattered most: “An outstanding community leader.” “Nobody has worked harder.” “Truly a hero in a lot of lives.” Those are just some of the words written by the many folks who nominated Reibman for making it his mission to help the local business community and everyone it touches during COVID as head of the Newtown-Needham Regional Chamber.

Bringing the 411: With a background in news media, Reibman immediately understood the importance of communicating with the chamber’s members during the pandemic. “There was so little information, and so much changing information,” he says. To combat that, Reibman decided to send a morning newsletter four to five times a week, often writing at midnight after everything else was off his desk. “We included links to articles, news, and resources, but we also tried to provide a little bit of humor and advocacy,” notes Reibman, who also created a directory to help people find coveted PPE, and hosted Zoom support groups and webinars on topics such as where companies could get testing for their employees. The information was so useful that people from other communities—not to mention elected leaders on Beacon Hill—signed up for the email.

A man of action: For Reibman, it wasn’t just about disseminating information—it was about getting things done. In addition to setting up several vaccination clinics for restaurant workers, he worked with state Senator Cynthia Creem to secure a $175,000 grant for a program that purchased meals from local restaurants to deliver to food pantries and senior centers, helping keep small businesses afloat and employees on the payroll during an otherwise-challenging time. There were plenty of less-tangible things Reibman did to support the community, too. Mainly, “we were there to help commiserate with people,” he says. “We were all scared and had no idea what was going on. Sometimes being there to listen was really important.” —Brittany Jasnoff

See the rest of this year’s Best of Boston picks here.