And we've seen a lot of them. 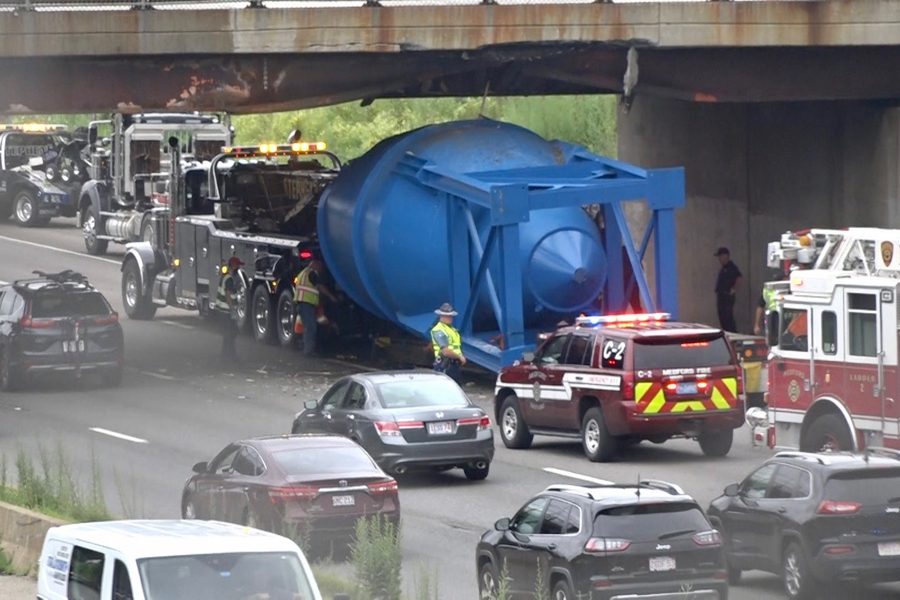 Around Boston, bridge-based snafus are like the tides. They come. They go. They always return. Some are cleared up in a few hours, like each year’s predictable slew of Storrowings. Others, as in late 2019 when a truck carrying a train smashed into a bridge on Route 6 in Dennis and shut the span down for six months, are much more serious.

So how does this latest incident in Medford—wherein a truck carrying a giant, bright blue hunk of metal shaped like a torpedo pummeled the underside of an overpass on I-93 South—rank among the region’s slew of bridge blunders?

According to Jim Aloisi, former Massachusetts Transportation Secretary and current transit advocate, this one may prove to be the most devastating of all.

“Oh, it’s gonna be worse for a lot of reasons,” he tells me.

To understand just how bad this crash is, in terms of its impact on traffic congestion, he points to the case that is likely the second-worst in Boston history: the Tobin bridge collapse of 1973. At the time, when the bridge was 23 years old, a truck carrying a load of gravel to Logan Airport misjudged the height of the Tobin’s girders and collided with one of them. The collision brought the upper deck of the bridge careening down on to the lower one, and as a result the entire bridge was immediately shut down. Restoring traffic to the highly used span took MassPort about two months. Extremely disruptive, sure, as drivers were forced to re-route their commutes away from the bridge, but a relatively quick turnaround time considering, well, look at it: 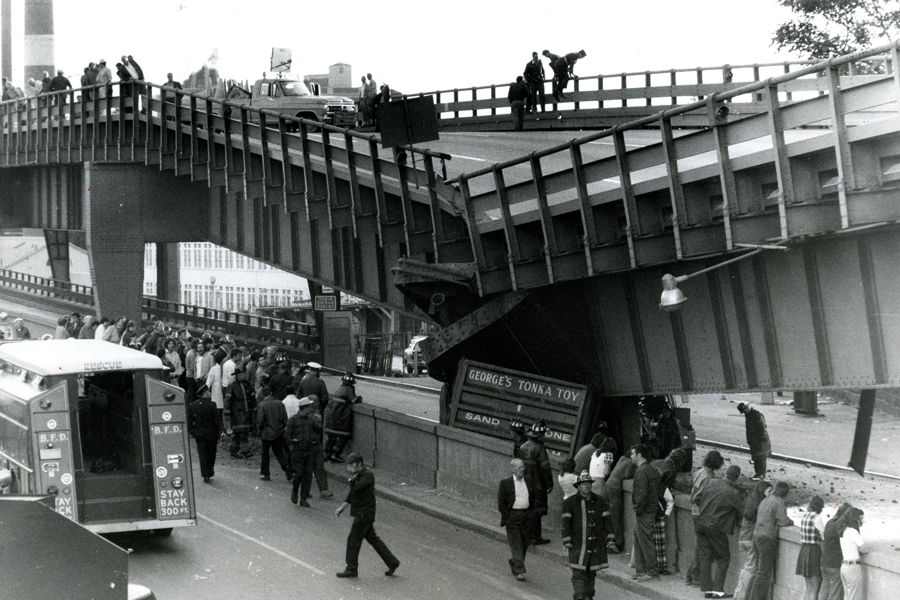 In Medford, meanwhile, transportation officials have told drivers to expect delays radiating out from the site of the crash for “several months” not just on I-93, but on Route 1, Route 16, Route 28, and Roosevelt Circle. That means an wide swath of roads north of Boston will be even more clogged than they already are, at a time when traffic has already returned to pre-pandemic levels (and that’s before the expected explosion of traffic as workers and students return to offices and classrooms en masse after Labor Day). It’s a troubling combination, and it does not bode well.

“This one event is going to affect I don’t know how many hundreds of thousands, if not potentially millions of people,” Aloisi says. That’s largely a product of the pre-existing conditions of Greater Boston’s highways. “We just have a lot more traffic today. Vehicle miles traveled and traffic generally has just grown exponentially, and this stretch of road has been designated one of the top five congested areas in Metro Boston.”

In response to this week’s crash, Aloisi says the state needs to act now to offer drivers an attractive alternative to using the highway. Commuter rail service on the Haverhill and Lowell lines should be increased, fares should be decreased, and passes should come with free transfers to subway trains and buses, he says.

In other words, we should treat this like an emergency and marshal the resources to attack the problem, the same way MassPort did in 1973.

“We need to take this as an opportunity to begin to get people to use a better regional rail system,” Aloisi says. “Take it as a critical inflection point, regionally, to get everyone to think differently about their commute.”