How Can I Protect My Garden from Rampaging Rabbits?

Eastern cottontails have been crowding out native New England cottontails since the late 1800s. How can we protect our home gardens from the furry reapers? 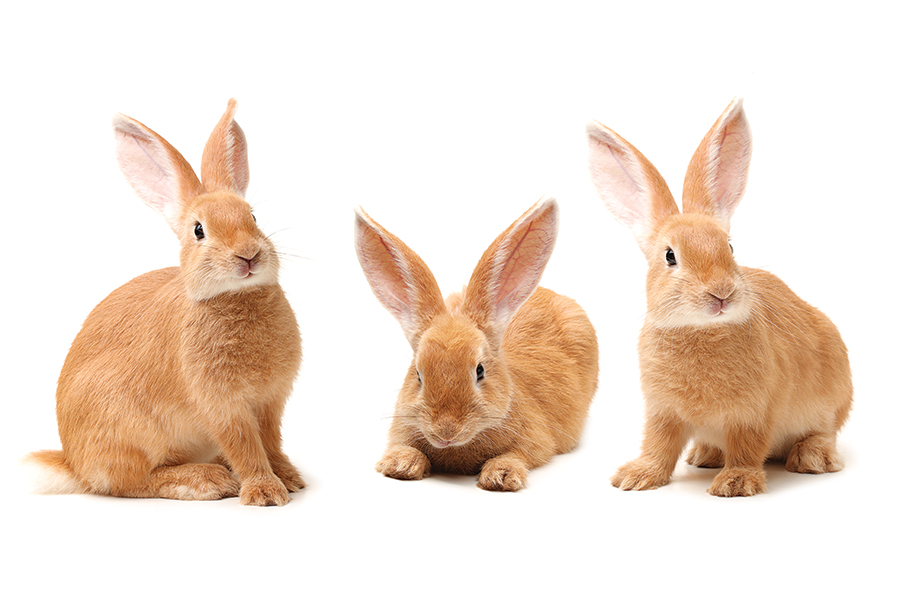 Over the past few years, there’s been an explosion of rabbits in Somerville, but it seems particularly intense this season. They’re cute, but they’re eating all of my plants! Why are there so many now, and what can I do to get rid of them or keep them away? —C.P., Somerville

Greetings, fellow Villen! Believe me, I understand your ambivalence. Who doesn’t love a cute bunny? When they started coming to my neighborhood about five years ago, my family and I were excited…wow, we have bunnies! But as the rabbits have proliferated like rabbits do, it has become surreal: My wife and I sit on the front porch in the evening and watch dozens of them cavort around in the grass and bushes, and then in the morning we find our flower garden obliterated by this phalanx of furry reapers. What makes it even worse is that these Eastern cottontails aren’t native to the region, and have been crowding out our New England cottontails since the late 1800s. However adorable, they’re just invaders on the rampage!

Just reading your question got me riled up all over again, C.P., so I did some breathing exercises before contacting Marion Larson, chief of information and education at the Massachusetts Division of Fisheries and Wildlife. Thanks to her, I now know that a typical Eastern cottontail has two to four litters per year, with three to eight babies per litter. The gestation period is only about 28 days, and the little ones are totally independent within five weeks. That means just one female might produce 32 more rabbits in one year, and beyond that the multiplication gets exponential.

So how can you protect that garden? You could emulate Larson, who has built a “Fort McRabbit” at her house, an impressive wood-and-wire colossus that keeps out the bunnies and even woodchucks. But in case that isn’t your style, I also emailed Somerville Animal Control officers Rachel Taylor and Haley LaMonica, who recommend placing chicken wire—or garlic cloves and crushed red pepper, which repulse rabbits—around your garden’s perimeter. (In fact, most of the natural repellent sprays we’ve bought have these ingredients, as well as unsavory things like “putrescent whole egg solids.” Pro tip: Don’t spray into the wind.) As for the leporine explosion we’re facing now, Taylor and LaMonica assured me that “the big influx we’re seeing currently is normal”…but also that Peak Rabbit will hit in late summer. Maybe a horticultural fortress, with room for some deck chairs, doesn’t sound so far-fetched.