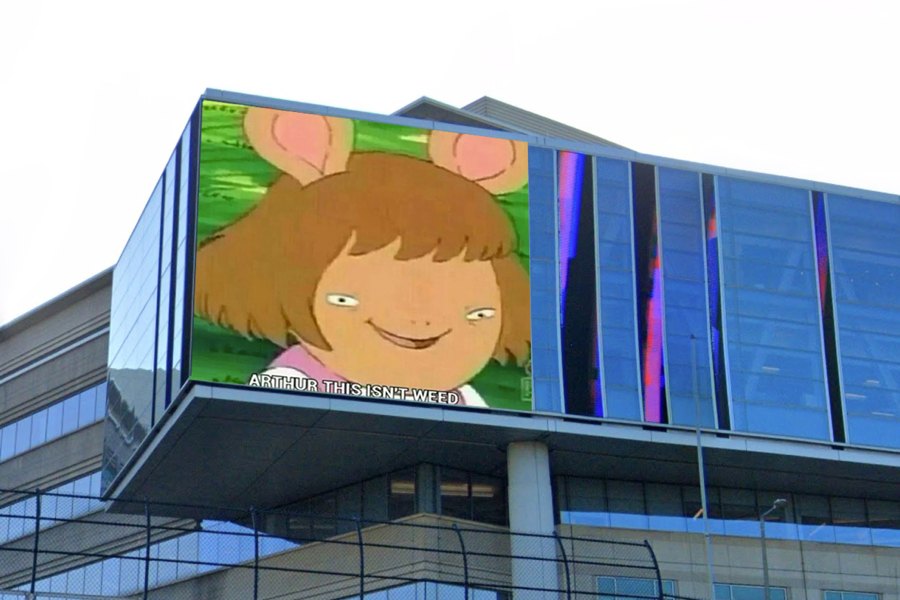 Arthur, the PBS show produced by GBH in Boston for the past 25 years, is over. Its last season, sadly, will air early next year, at which point an entire generation of children will cease to be entertained by new episodes about the kind-hearted aardvark and his family and friends.

Going forward, for a taste of the warm-and-fuzzy family program, you’ll instead have to rely on reruns, perhaps queueing them up on whatever streaming platform gets the rights to Arthur in the future. Maybe you’ll crack open one of the many Arthur books currently in circulation, and read those delightful stories to your kids, teaching them the virtues of sharing, caring, honesty, and friendship.

Or maybe you can scroll through the likes of Twitter, Instagram, Reddit, and 4chan for some of the most vulgar, sexually-charged, often sinister, memes the internet has ever produced, in which the PBS characters have featured prominently for more than half a decade. We’ll always have those, as well.

“First off, f*ck yo b*tch and the clique you claim. West side when we ride come equipped with game…” #ArthurMemes pic.twitter.com/jqA3OKmvsN

Arthur memes, you’ll recall, were a major sensation beginning at some point in 2016. Notably, there was Arthur’s Fist, a close-up of the cartoon aardvark’s balled up fist, which has proved to be among the most popular meme formats of all time. Internet jokesters also gravitated toward an image of D.W. with dark circles under her eyes, who became a stand-in for depleted millennials. Or Buster the rabbit, seen sitting behind a desktop computer and asking naively whether someone would “just go on the internet and tell lies?” And many, many more.

“We certainly are lucky to have a fan base that is so engaged with Arthur, especially those millennials who grew up with him!” the station said in a statement in August of 2016.. “And we appreciate the memes that have been created and shared in good fun.”

“We are, however, disappointed by the few that are outside of good taste,” it continued. “Our hope is that Arthur and his friends will be depicted in a way that is respectful and appropriate for all audiences, including young Arthur fans and their families.”

Arthur himself even made a brief entreaty to depraved social media posters that he would like them to stop.

Needless to say, this did not work, and the memes at all levels of work-safety persist to this very day.

For what it’s worth, Arthur creator Marc Brown himself had a much more laissez-faire attitude about how grown-up fans of the show were repurposing his work. “It’s a free world out there,” he told Boston back in 2016. “I believe in freedom of speech. It doesn’t bother me.”

Whatever their thoughts on the matter, GBH’s unwitting contribution to internet culture clearly has staying power. During the pandemic, for example, an image of D.W. standing behind a chain-link fence wearing sunglasses had a resurgence in popularity, as stir-crazy Americans in lockdown used it to demonstrate how much they missed being able to do the things they love. There was D.W., a cartoon icon for millions of 20- and 30-somethings, looking longingly out from one side of a chain-link fence; on the other was a movie theater, a nail salon, or a dive bar.

It captured the national mood in such relatable fashion, in fact, that a version of the meme ended up on the cover of Newsweek. And lo and behold, who was there to celebrate the spread of this Arthur meme in our darkest hours but GBH itself.

How did @Newsweek visually capture the angst and uncertainty of the #ClassOf2020 for this week’s cover story? Two letters: D.W.@arthurpbs‘s little sister looking forlorn as she peers through a chain link fence has become a defining meme of Gen Z → https://t.co/hm0HUEPDIk pic.twitter.com/8kit5pKsKL