Hint: It isn’t because of the recent boom in popularity (and it definitely has nothing to do with the clothes). 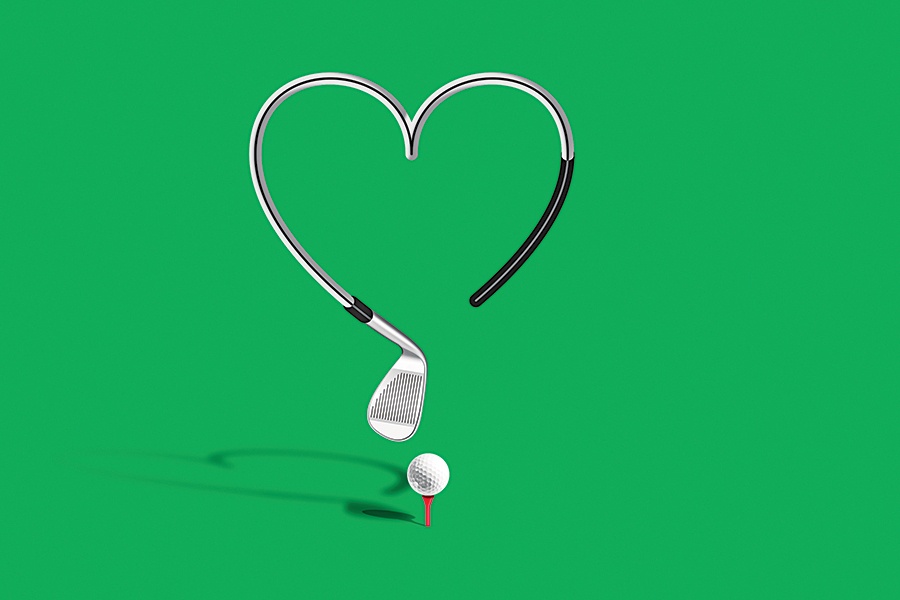 Recently, I posted a picture of myself on Instagram getting ready to play golf. This may not sound like a shocking turn of events, but it was to the many friends who messaged me, all with variations of “Lisa, you…golf ?” The only real difference among the messages was the number of question marks at the end of the sentence, and whether any parts were written in caps.

I’ll admit they weren’t wrong to be surprised. If you were to meet me, even briefly, there’s a good chance you’d come away thinking, I bet she likes to spend her spare time reading. And I would guess that my confused friends on social media would also say that of all the sports out there, golf, specifically, seemed like the oddest fit.

There have been plenty of reasons for me, a thirtysomething in Cambridge, to steer clear of the game. For one, it has long been primarily the province of white, male conservative types—not exactly my demo. There are also countless stories of private clubs that only admitted white people until forced to change by lawsuits and bad press, and I am keenly aware that in the past (and even the present), my Jewish last name would have kept me off the links just as much as my gender. Even if golf is becoming more welcoming, which I know it is, I’m still awfully uncomfortable every time I go to the driving range and am surrounded by white guys in collared shirts. No one will actually tell me I’m not welcome, but it’s hard to ignore the fundamental feeling of otherness when very few people look like me.

So why am I learning to play? Why have I suddenly taken up irons—along with throngs of other Bostonians who’ve been drawn to this pleasant way to hang out with pals outdoors during the pandemic? Well, that has a lot to do with the other person in that Instagram post: my father. See, many moons ago I surprised him on a family trip by taking a few lessons so he didn’t have to play alone. I hadn’t picked up a club in years when he wistfully asked if maybe we could play a round on the Cape during our first post-vax family get-together. I probably wouldn’t have gone back to it on my own, but the thing is, once I set the expectation that I was willing to take that kind of step for someone in my life, there was no real way to undo it without looking like a bit of an ass. Eager to maintain my reputation of having a can-do spirit despite an extra decade-plus of back stress, I decided to dust off my clubs and give the sport another whack.

First things first—I knew I needed a new instructor. When I’d first taken lessons 10 years ago, I accidentally released the club on my backswing and nearly murdered my coach, who was standing behind me to monitor my form. Still haunted by the look of a man who’d seen his life pass before his eyes, I decided it would be best not to reach out to him again. So I aimlessly Googled “golf lessons + Cambridge” until I found someone willing to stand near me while I flailed around with a 3-foot-long bar of metal at 8 a.m. Luckily, I had apparently not been entered into any kind of golf-crime database, and I found someone to take me on as a student.

Spoiler alert: The first lesson did not go smoothly. I remembered zero things about how to hold a golf club, where to put my feet when I swing a golf club, or, in general, anything I was supposed to do when hitting a golf ball. If you’re anything like me, the thought of having a stranger critique what you’re doing with your body before the start of the workday is not your favorite way to spend the morning. Even better, after you’ve gone through a grueling 30-minute session of being quizzed on which part of your body you coiled and then uncoiled incorrectly, you then have to practice on your own at the driving range, where you will be surrounded by men smashing the ball 200 yards while you work on chipping the ball, badly.

Speaking of being judged, another delightful little thing about golf is that you’re practically required to wear a costume while you play. I’m pretty sure that when you play a pickup game of basketball or football, or some other sport actual athletic people enjoy, you can wear a free T-shirt from a fundraiser you attended five years ago and whatever mangy old pair of gym shorts you can muster. When golfing, though, players are encouraged to purchase something that I can only describe as formal workout clothes. I say formal and not athleisure because J.Lo would never wear any of these clothes and because they almost all involve collars.

The women’s gear was particularly appalling to my sensibilities: When I went to my local golf-supply store to find something to wear on the links, I was immediately confronted by a wall of fluorescent pink. This was not the faded salmon pink common among a certain type of millennial yuppie. This pink is the color you would wear if you lived inside a Lisa Frank Trapper Keeper circa 1992.

I know, it probably sounds silly to complain about the clothes. But the thing is, I am a person who has spent an entire lifetime feeling like she simply wasn’t feminine enough. I rarely wear dresses, and the colors of my wardrobe run the gamut from dark gray to a different dark gray. Beyond the pink problem, though, the larger issue was that I had slightly more than a month to prepare for a match on an actual course alongside actual golfers, including my father, who has played since he was a teenager and is now a retiree, which I understand is when your golf skills really level up. Luckily, it turned out that taking lessons from an expert did in fact make me better, as did practicing every weekend at a driving range. When you are especially bad at something, as I was at golf, the improvement from zero to one feels life-changing.

When the day finally came to hit the course with my dad, I had marginally more confidence in my abilities than I’d had a month earlier, and I’d moved on from ceaseless anxiety about embarrassing myself to a sort of que sera sera mentality. It might not be what you’d use to inspire the troops, but it got me out of bed that morning.

So how did I do? Sadly, I did not turn out to be a late-in-life golf savant. But I wasn’t terrible. I am happy to report that I mostly kept the ball in play, or at least close enough that it could be found and easily tossed back onto the fairway. Also, I will admit that it hadn’t fully occurred to me just how pretty playing on the Cape would be. It’s quite possible that my exhortations to enjoy the gorgeous views were not appreciated by my father, who was struggling to play with unfamiliar rented clubs. Nor did he enjoy me pausing to take grainy photos of the turkeys that were touring the fairways as he tore through the rough on a fruitless quest to find a misplaced ball. But as time went on and he acclimated to the clubs, his play improved and so did his mood. By the end, he was much cheerier and said he’d like to try the course again, as long as he could use his own clubs. I knew that was also his way of saying he’d like to play the course again with me, despite all of the turkey pictures.

Later, my mother asked if I thought I would golf again soon. I wasn’t sure how to answer. I wanted to love the thing my dad loved (as I love science fiction and baseball), but still felt ambivalent about trying to love…golf. I began to wonder whether it’s even possible to teach yourself to truly love something just because someone you love does. When I explained to a friend that I was golfing mostly because I knew my father would like it, she said, “Wow, that’s devotion.” But I wasn’t sure if I agreed with her.

There are a million things I can’t do for my dad, chief among them being that I moved a thousand miles away the moment I graduated from high school and have never been able to convince myself to return home. It’s something I can’t forgive myself for, but also won’t change. We all disappoint our loved ones in ways large and small, in word and deed, and perhaps the most terrible and wonderful things about parents, if you are profoundly lucky, is knowing that they love you just the same even when you do let them down. I know that my father loves me regardless of whether or not I can hit a golf ball straight and true down a fairway. So in the end, it seems like a pretty small gesture for me to brave hot-pink formal workout clothes and difficult lessons because I know it makes him happy.

As for the future of my golf game—it’s hard to say. But a few days after our big match, as I was getting ready for bed, I glanced over to where my clubs were jammed awkwardly into the corner of my bedroom at our Airbnb, and I felt, curling in my chest, a tendril of desire to grab them and see if I couldn’t play that course just a little bit better before the time with my dad came to a close.