The World Is in Crisis; A Giant Rubber Duck Is in Maine

From whence has it come at a time like this? And for whom? 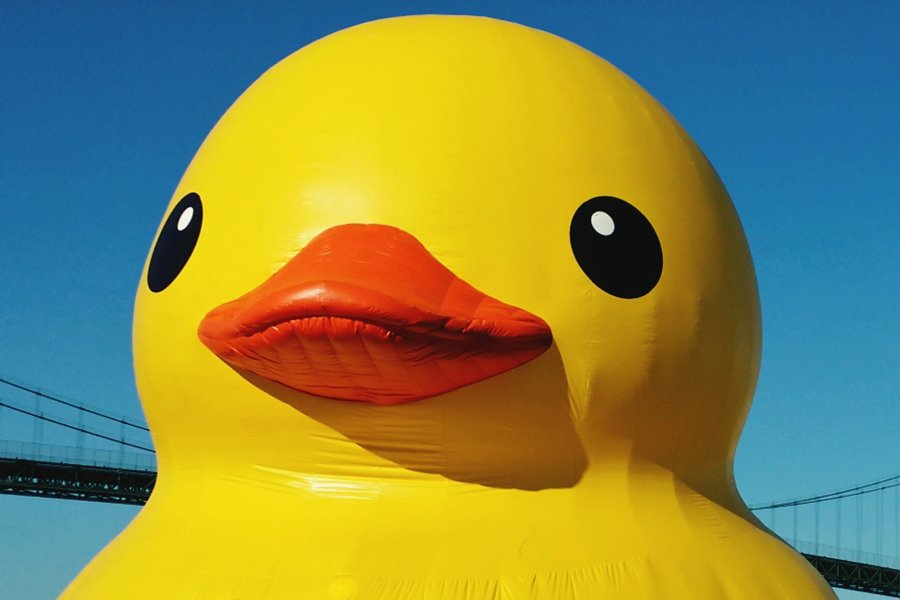 There is a giant inflatable rubber duck in Maine.

The duck, as you may have heard, stands some 25 feet tall. It floats in the harbor off of Belfast, a tiny city midway up the Maine coast and south of Bangor, having apparently appeared bobbing in the water there under cover of darkness. As if to overemphasize the message of happy playfulness its creator clearly aims to project, it has the word “JOY” written in big block letters across its big yellow chest. Ropes attached to weights appear to be keeping it anchored in place, as gawkers in boats and along the shore stare at it in wonder. No one knows who put it there, and the mystery surrounding its sudden unannounced arrival has quickly been noticed by news outlets across the country.

Call it public art, a bit of whimsy or simply funny, but a giant rubber duck has mysteriously appeared in the busy harbor of Belfast, Maine. https://t.co/tyT3y0yHyS

It is not the first giant rubber duck to float along the coast in cities across the Earth. It will not be the last. Giant rubber ducks have been making themselves seen since at least the mid-aughts, when an artist named Florentijn Hofman began installing them in waterways on a worldwide tour. He called the project Spreading Joy Around the World. If he is behind this particular rubber duck in Maine, he would have significantly downsized: His original duck-based work of art stood six stories tall, so big it loomed over skylines wherever it went, making harbors look like bathtubs. 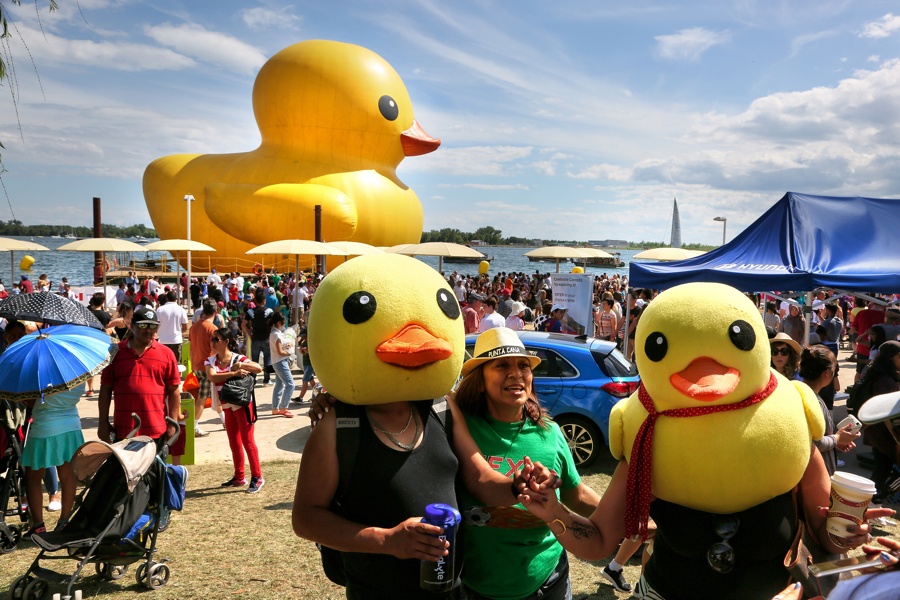 The concept caught on. Hofman took his rubber duck on a multiyear tour in the Netherlands, Brazil, Taiwan, Japan, and Australia, where it was greeted with glee. In 2014, during a stop in China’s Guiyang City, the nation was devastated when it was swept away in a flood and vanished.

It’s been so popular that the inevitable has happened: Hofman’s ducks have been, let’s say, embraced by artists who are not him. Again and again over the years, he has made his frustration known when knockoff versions pop up in harbors across the globe. He has feuded with such entities as the government of Ontario and Philadelphia’s Tall Ships Festival for ripping him off. He was enraged in 2016 when Brazilian activists deployed a giant rubber duck, with a Portuguese phrase that translates to “We won’t pay for what is not our fault anymore,” as part of a protest movement. Hofman has said he objects to giant inflatable rubber ducks being used for political purposes.

Some people have come to hate these ducks. Art critics sneer at their mass-market appeal and lack of connection to the countless cities that have hosted them, seeing it as a violation of the public artist’s duty to cater pieces to their environments. One guy in Belgium hated that city’s giant rubber duck he stabbed it to death. When another giant duck deflated under suspicious circumstances in Hong Kong, people suspected something similar. 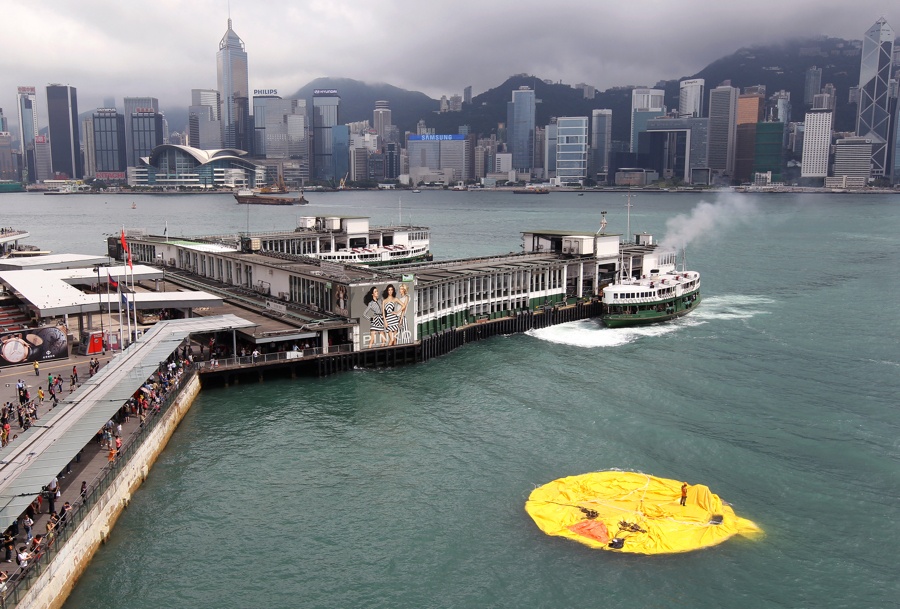 In Taiwan, one of them exploded during an earthquake. Video of the incident is haunting.

The fate (and origins) of the Maine rubber duck have yet to be revealed.

We may find out soon who exactly is behind this one. But what exactly is it about an air-filled bird on the water that so predictably captivates us, enrages us, unites us? And why would an artist, or activist, or prankster, choose this very moment—as the Delta variant of the you-know-what continues to do you-know-what, and in the wake of environmental decline and yet another disaster in the Caribbean—to set one loose in, of all places, Belfast, Maine? Had they planned to do this all along, perhaps in brighter days when the pandemic appeared to be waning? Did they decide that we could use some “JOY” now more than ever? Maybe we’ll know someday. Maybe we won’t.

Maybe we don’t have to. Send not to know for whom the ubiquitous giant floating inflatable rubber duck quacks. It quacks for thee.

Update: The as-yet unidentified group behind the duck has spoken. A press release Belfast Harbormaster Kathy Given sent us this afternoon includes this quote from what she called its “Anonymous Benequackers”:

JOY simply is fowl play. In this day in age of such bitter divisiveness in our country, we wanted to put forth a reminder of our commonalities instead of our differences. Nothing embodies childhood more than being in a warm bath with your rubber ducky – the joy of not having a care in the world other than having to remember to wash behind our ears!