The “Milk Crate Challenge” Is a Bad Idea. Especially in Massachusetts

Follow the social media trend and you may get dinged by a very specific state law. 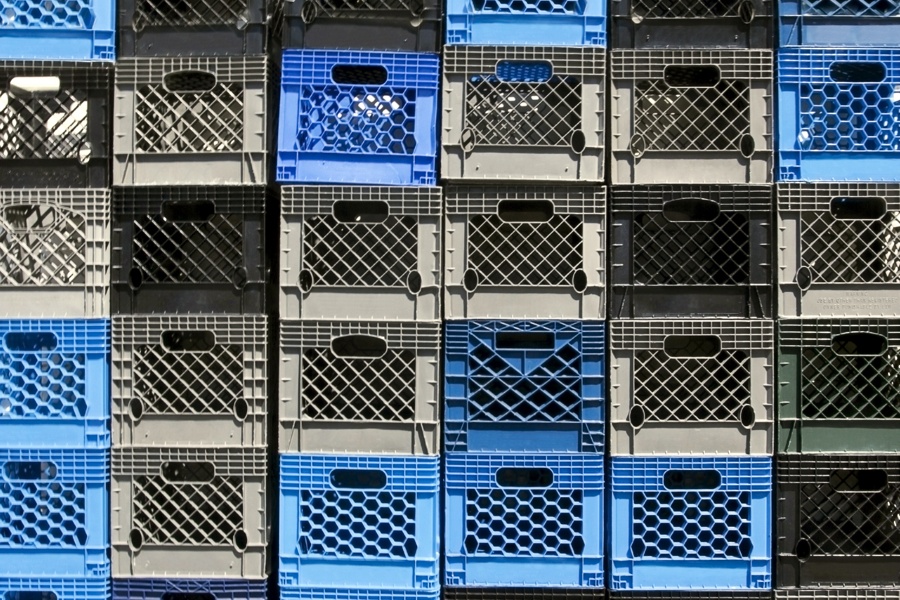 If you’ve been anywhere near TikTok or other social media platforms in recent days, you’ve surely seen them: Videos of brave souls scaling pyramids of empty milk crates stacked seven crates high as crowds cheer them on, then more often than not careening onto the ground in a sea of hard plastic.

It’s called the “Milk Crate Challenge,” and it appears to be sweeping the nation at the moment. Clips of victorious—and not victorious—milk crate-climbers have racked up untold millions of views. (How this can go wrong should be obvious, but if you need evidence, consider this Exhibit A). Parks in cities across the country have seen swarms of copycats setting up milk crate arenas of their own. The scenes, which often feature catastrophic falls, have prompted dire warnings from doctors about the potential for serious injury. Even the FDA, in response to a tweet from Conan O’Brien, has urged people to stop.

Although we regulate milk, we can’t recommend you try that. Perhaps enjoy a nice glass of 2% and return all those crates to the grocery store?

But aspiring social media heroes in Boston have more than just broken ribs, wrists, and spinal columns to worry about should they opt to collect, and then climb, stockpiles of milk crates. That’s because Massachusetts, never one to shy away from legislating just what its residents can and can’t do in their free time, has a state law that explicitly prohibits stealing the boxes.

The rule, passed in 1975 and buried deep in the annals of obscure Massachusetts regulations, specifically covers the “Carrying away or conversion of certain milk containers without permission of owners.”

Whoever, without permission of the owner, carries away or converts to his own use a plastic or wire milk case or a plastic or wire container for milk products which has been indelibly stamped with the name of a milk dealer or association of milk dealers shall be punished by a fine of not less than ten and not more than one hundred dollars.

Make no mistake: The trend has surely arrived in Boston. One Boston magazine staffer can confirm spotting a group of milk crate-scalers hard at work in Jackson Square. This reporter noticed a user of a popular local message board was, this very morning, soliciting advice on where to find large quantities of milk crates.

Theft of milk crates predates this internet craze. A company that sells them, called MilkCratesDirect, has been pleading with people not to make off with the ubiquitous plastic receptacles, calling it “a really big problem for dairies and stores in the U.S.,” and says that as many as 20 million milk crates go missing every year. Whether due to a common understanding of what counts as “theft” or due to strangely explicit laws like Massachusetts’, the site claims fines for milk crate pilfering in some states can add up to $1000.

So bear all this in mind as you ponder setting up a trendy obstacle course for your buddies in your neighborhood park. You might just end up with a costly ticket, if not some cracked ribs or worse.