What You Need to Know about the Gig Worker Ballot Question

Uber, Lyft, and other Silicon Valley titans have brought the campaign to reshape the way we treat their workers to Massachusetts. 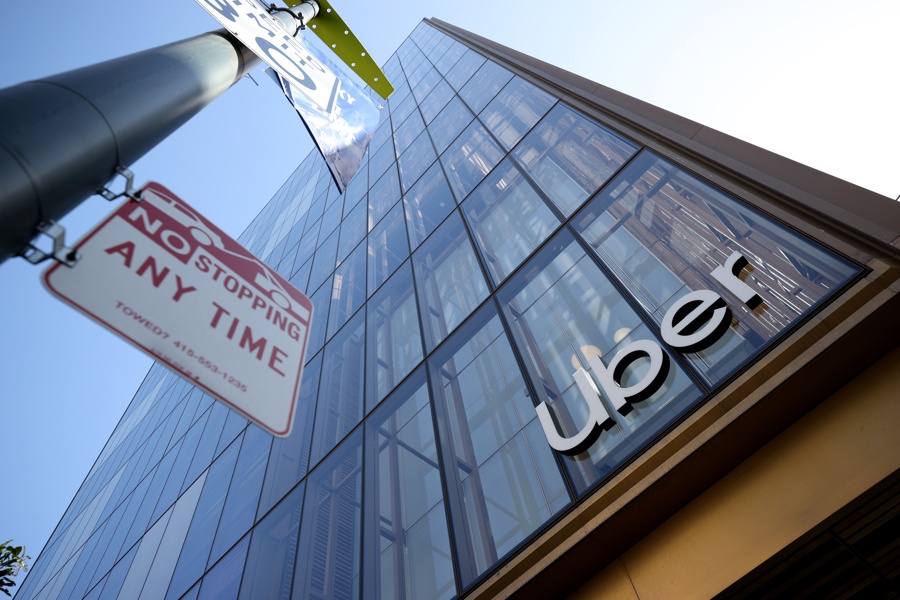 Buckle up. The debate over how governments should classify workers at Uber, Lyft, DoorDash, and other companies in the growing gig economy is headed to Massachusetts. A ballot question supported by those apps is headed to the ballot here next year. Expect to hear quite a bit about it: Supporters say it will strengthen an industry that employs many thousands in the state, while opponents say the proposed laws would allow big companies to skirt important obligations they owe to workers. As we gear up for one of the most intense and controversial ballot pushes the state has seen in some time, here’s what you need to know.

Where do things stand?

A group called the Massachusetts Coalition for Independent Work, which is bankrolled by Uber, Lyft, Instacart, Doordash, and Postmates, cleared a first hurdle by getting the green-light from the Attorney General’s Office on ballot question language. It will now have to gather 80,000 signatures from voters by December.

What would it do?

The ballot question, an official summary of which you can read here, would formally classify workers for apps as contractors, rather than as full-time employees. It would also give those workers certain benefits they do not already have, including healthcare stipends and paid sick time, but which would be less generous than the law requires for full-fledged employees. It would guarantee that drivers make 120 percent of the minimum wage—controversially, only for hours in which drivers are completing requests, not the total time they spend behind the wheel waiting for rides—plus take home 100 percent of tips. There are actually two versions of the ballot question, one of which adds mandatory safety training to the companies’ responsibilities.

In theory it would, according to proponents of the apps-funded effort, preserve the “flexibility” that comes with working in this sector of the economy, in that workers can pick up hours here and there in ways that suit their schedule without the obligations tied to working in the more traditional role of a full-time employee.

Why will we be hearing about it nonstop?

During the industry’s successful effort last year to pass a similar ballot question in California, called Proposition 22, it spent more than $200 million to promote it, a state record. Opponents were only able to raise a tenth of that. The publicity blitz included ads on airwaves and in the form of fliers. The apps also promoted the ballot questions directly to riders on their platforms.

Here in Massachusetts, opponents of the push have said they expect the companies to spend some $100 million in the state. That’s double the record amount spent on a ballot question in the Bay State last year, when the auto industry competed for voters’ support in a fight over a “Right to Repair” law.

Experience dictates we can expect to see competing rallies, verbal battles between talking heads in local media, and a lot of op-eds in local newspapers. Both sides have already begun waging war over state campaign finance rules, with each accusing the other of running afoul of the regulations on how money is raised and spent. Legal challenges are sure to follow, no matter what happens.

Consider yourself warned: It could, and almost certainly will, get pretty nasty.

App makers, along with several local chambers of commerce that have joined the coalition, have said creating this separate class of workers in the law is crucial to keeping the industry strong, and have warned that the costs of ramping up its obligation to workers would be passed on to riders. It also says it has the support of many of its drivers, and that they are attracted to gig work precisely because it isn’t a regular full-time job. Uber and Lyft say they found via internal surveys last year that more than 80 percent of drivers prefer independent contractor status. A Massachusetts poll, also commissioned by the apps, found 83 percent of their drivers supported similar language in a bill the companies have also supported in the state.

A bevy of local labor groups have been agitating against the ballot question for a while now. That includes the AFL-CIO, the ACLU, and the Boston Independent Drivers’ Guild, which represents local ride-sharing and food-delivery drivers. Together they created the Coalition to Protect Workers’ Rights, which has framed Silicon Valley’s push as a way to limit its obligation to give its workers benefits enjoyed by their peers in other industries, such as a minimum hourly wage, overtime, workers’ compensation, paid sick leave, and unemployment insurance. They have also argued that a new law would pave the way for other employers to sidestep labor laws by improperly classifying their employees as contractors.

Opponents include Sen. Elizabeth Warren, who spoke at an event held by the coalition in September.

Separately, labor groups are also pushing for a bill that would grant gig workers collective bargaining rights, and require app companies to negotiate directly with them on how the industry is regulated and how drivers are compensated.

Who would be impacted?

According to the Coalition to Protect Workers’ Rights, right now more than 200,000 people in Massachusetts work in the gig economy, a significant number of whom are immigrants or people of color. In addition, opponents of the question, including Sen. Warren, have raised concerns that it could impact other workers—say, putting hotel and retail workers at risk if employers decided to replace their full-fledged employment with gig labor. In the wake of Prop 22’s passage in California, for instance, there were reports of grocery-store delivery workers being replaced by DoorDash drivers.

What could derail things?

There is always the possibility that this push will be disrupted by the courts. In California, a Superior Court judge ruled Proposition 22 unconstitutional last month. An appeal is still ongoing. Massachusetts could perhaps see something similar take place.

Attorney General Maura Healey last year also sued Uber and Lyft, arguing that the companies were breaking state law by misclassifying their drivers as contractors rather than employees. The suit is ongoing.

Why is this important?

Coming off a home-team victory in California, Silicon Valley sees Massachusetts as a bellwether on the East Coast for how gig work will be treated nationwide. If it succeeds here, it paves a road to possible adoption in state after state, or could add fuel to an effort to pass a gig worker labor bill at the national level. Existing state laws may not sufficiently account for the increasing cohort of residents working in the gig economy, and with ballot questions like this, tech companies hope to settle, at least in part, the complex and ongoing debate over what they’re owed—and what they’re not.