After a case in New Hampshire, a reminder about the rules of the orchard. 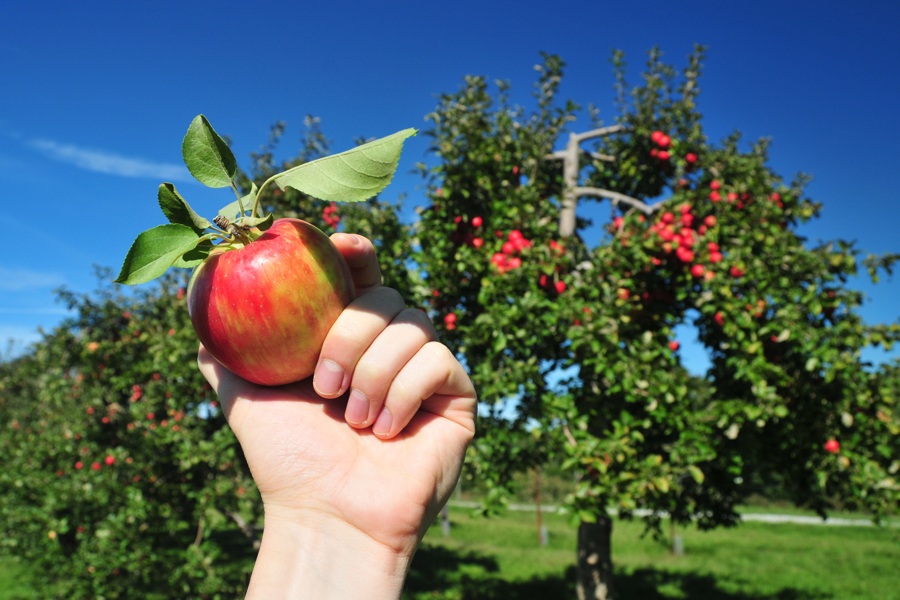 Apple picking in New England rocks. It’s seriously so good. Summer’s over and we’re sad to see it go, sure. But in these, the months before everything around here gets dead and cold, we all get to enjoy the spoils of living in a climate that produces crisp, delicious treats you can pluck right off their branches at peak freshness—and then maybe enjoy one of the 191 and counting varietals of cider doughnuts on offer at the cute little farm stands they have. Can’t get enough apple picking from where I sit.

So it pains me to report that this lovely seasonal activity, this perfect thing we have going, has been sullied with crime. Apple crime, of all things, has arrived.

The apple crime in question went down at an apple orchard in beautiful Londonderry, New Hampshire. Police in that idyllic autumn community say on Facebook that they intercepted a group of thieves attempting to make off with $100 in apples without paying for them. The alleged criminals, whose transgressions prompted a reminder from the cops that “apple theft is a crime,” came from Everett, LPD says. Interstate apple crime.

What police did with the suspects is not spelled out in this PSA, but in the end no apples were stolen. The Facebook post goes on to say that orchards lose “thousands of dollars in inventory every year” in this way. Has the world gone to hell in a… bushel basket? (Sorry). What the peck! (Sorry, sorry, trying to delete).

Small-scale apple crime is, of course, a rite of passage at orchards. If you haven’t (technically, I guess, illegally) munched on a free apple while browsing the rows of trees, you haven’t done things properly. If you happen to bite into an apple that doesn’t suit your fancy, or if you had the misfortune of tasting a Red Delicious, I’m not sure it’s even frowned upon to just chuck it onto the dirt. You really have to push the envelope in grotesque and disconcerting ways to commit an apple crime, is what I’m saying.

So these are not, or shouldn’t be, places subject to intense surveillance. An apple orchard that invests in loss prevention in any serious way is an orchard I would classify as: sus. We already know where that road leads: A Danvers orchard and town officials apologized earlier this month after its staff falsely accused a Black Cambridge family of stealing apples at the farm, then called a police officer who allegedly accused them of “playing the race card.” The family believes the ugly, unnecessary incident was racial profiling, and it certainly had all the key indicators. So you can see how this can quickly get out of hand.

The case outlined in Londonderry sounds pretty different. A hundred dollars in apples! That is a substantial amount of apples to steal. According to an analysis over at Masslive, you would have to walk off with some 250 of them to run up an illicit $100 apple tab. I’m not even sure how, or why, anyone would need so many apples all in one go. What is going on here?

Come to think of it if you want to commit perfectly legal apple crime, simply show up, do some adorable photography with your fiancé, and leave without paying for a thing. Just leave the apples, those tasty, special little beauties around which we’ve built an entire niche industry of mom-and-pop small businesses we can visit for a few pre-winter months, out of it.