A Pats fan demonstrated her admiration for TB12 by doing...things to a football. 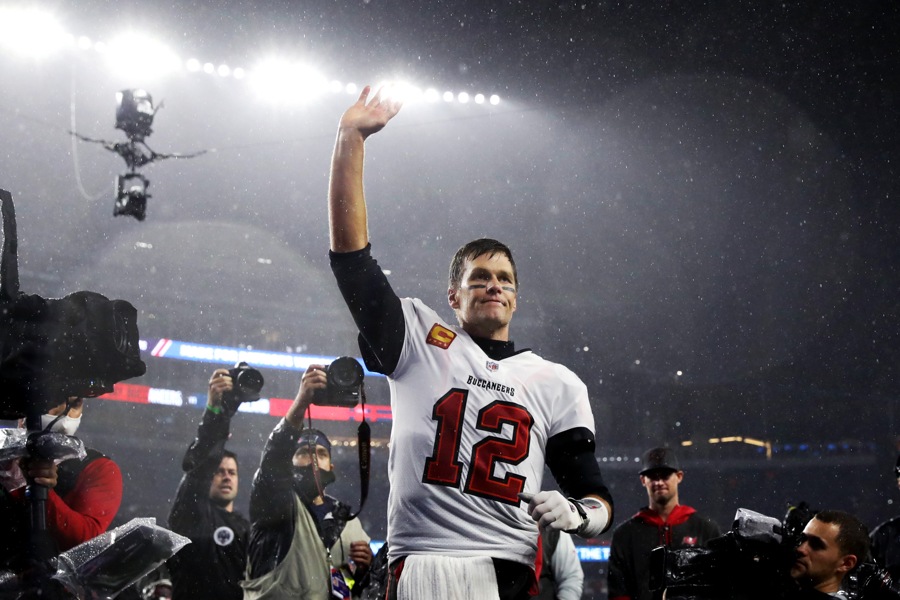 You have to love the word-on-the-street interviews at the Pats tailgate. Something about the vibes out there, and the coolers jammed full of cold ones, combine with a local news camera to produce some priceless one-liners from incredible characters willing to let their freak flag fly for the news.

GBH reporter Marilyn Schairer managed to capture this spirit perfectly on Sunday when, in the hours leading up to the most anticipated homecoming in memory, fans were feeling all sorts of emotions about their old pal Tom Brady’s return to Foxborough.

In a video, as she aims her camera at a pod of Brady-heads bellied up to a pickup, we see a crew of dudes offering nothing but the best to the ex-Patriot. “Best evah,” they agree.

This crew had decided not to pick sides in the ongoing Brady v. Belichick drama (one had on a jersey reading “Sons of Brady” and claimed to have another one reading “Sons of Belichick). They had found an enlightened middle path. “Patriots first,” one of them says. “Tom Brady, as much as we love him, he’ll always be a Patriot, but Tom Brady is number two behind the Patriots.”

“A win-win” his buddy said, on what he’d think if either his team or the Bucs ended up winning.

And then we meet this short video’s star, a woman toting a foam football who, it will soon become clear, has very powerful feelings indeed about Mr. Brady.

“This is what I think of Tom Brady,” she says, raising the football up to her tongue. And then she, well, I mean, watch the video and see for yourself (all things considered it’s probably safe for work but, I don’t know, maybe don’t show it to your grandma).

The, uh, passion she expresses here seems to be very sincerely felt. Earlier, she says the quarterback “saved my life,” adding that she is “not joking.”

What that means I don’t know. But if anyone had the misconception that Patriots Nation would not go to great lengths to show the GOAT they still care, be it sharing effusive praise, digging up beloved homemade jerseys for one last tour around Gillette, or… other stuff, I think this brief glimpse into the soul of Pats fandom proves otherwise.