Three new entries among Massachusetts' wealthiest can thank the Cambridge vaccine-maker for the honor. 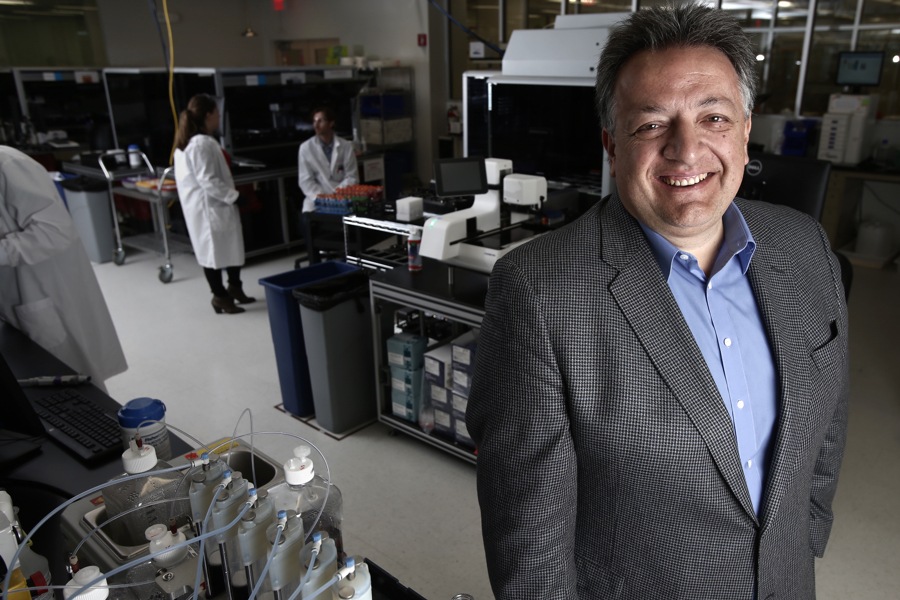 Moderna, the vaccine-maker and pride of Cambridge, made it big these past two years by putting its mRNA technology to use making COVID-19 vaccines—producing some 150 million doses of it to date, and counting. It has also made some local figures very, very rich. How rich? Forbes 400 rich.

The magazine this week released its annual list of the country’s wealthiest people, and three new entrants on this compendium of wealth have their links to Moderna to thank for their good fortune.

First up is Timothy Springer, a Harvard immunologist who invested in Moderna in 2010 and owns a reported 3.5 percent of the company’s shares. His net worth, according to the magazine, was $5.9 billion as of early October, placing him 176th among American billionaires.

A few rungs lower is Noubar Afeyan, who ranked 212th. Afeyan is Moderna’s chairman and cofounder. He is also founder and CEO of Cambridge’s Flagship Pioneering, and a major investor in several biotech companies. What a long way Moderna has come since the early days of 2020, when Afeyan, Boston has reported, leapt up from his table at Pammy’s to take a phone call that would set Moderna on the path to creating its COVID vaccine. Afeyan, per Forbes, is worth $5 billion.

Just behind him, in the 213th spot, is Robert Langer, also a Moderna founder, who according to Forbes “has never sold a share” in the company in all these years. Langer is also a prolific inventor and MIT professor, where he has earned acclaim for his widely cited work in engineering. He’s worth $4.9 billion.

These numbers, of course, are not static. All three billionaires saw their fortunes diminished significantly amid a slide in Moderna’s share price, which fell nearly 25 percent in the past month. Still, it’s up nearly 400 percent since last year. Money comes, money goes.

Other names that made the cut on the Forbes 400 this year will sound familiar: Abigail and Edward Johnson, III, were ranked 27th and 60th, respectively. Robert Kraft and his $8.3 billion in wealth came 102nd. Edward Johnson, IV, was 124th, and New Balance’s Jim Davis was 134th.

You can peruse the full list here. And take note, as Forbes does in its introduction, of just how well the richest Americans have fared in the pandemic. Collectively, this elite crew saw their wealth increase 40 percent since last year.