Here Are the 2021 Boston Marathon Winners

Finally, it's Marathon Monday in Boston again. Here are the top finishers at the first race in more than two years. 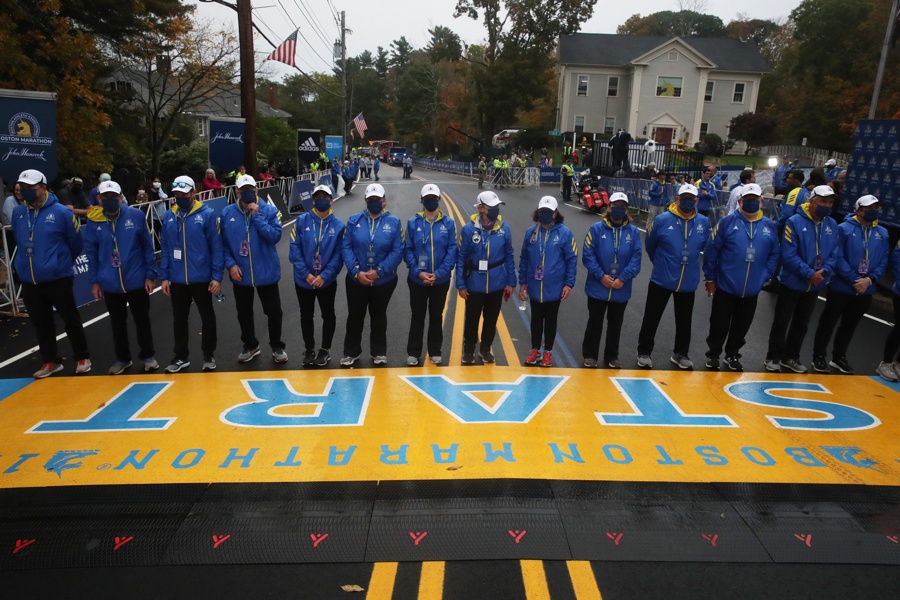 A human chain stands at the start the 125th running of the Boston Marathon in Hopkinton, MA on October 11, 2021. (Photo by Craig F. Walker/The Boston Globe via Getty Images)

It’s a crisp and cool morning in Boston as the city awaits participants in the first-ever October Boston Marathon. Check back in with us throughout the day to track the winners in each of the day’s categories. And while you’re here, take a peek at our tips for enjoying the event like a pro, and our map of notable sites along the race route. 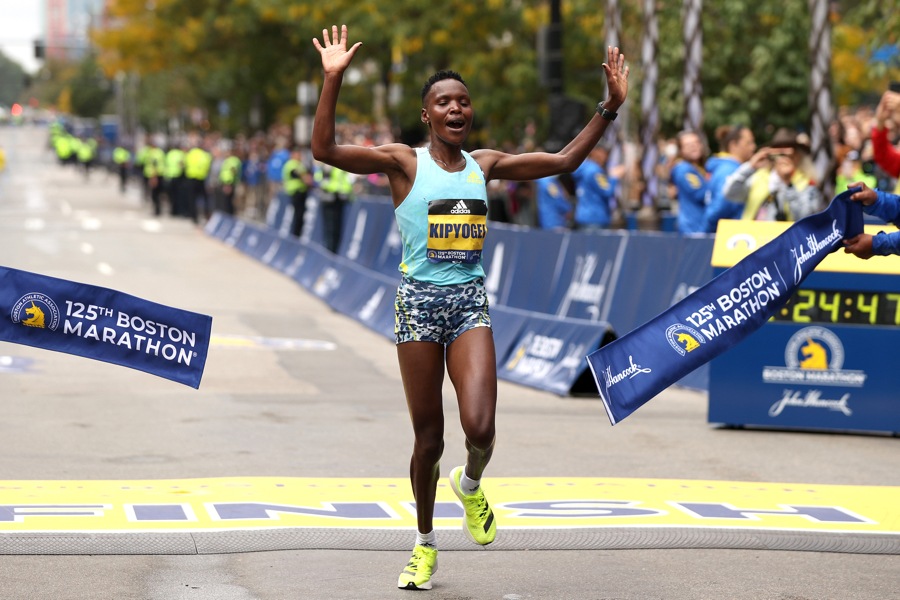 Diana Kipyogei of Kenya has won in the women’s elite division with an unofficial time of 2:24:50. This is the first Boston Marathon win for 27-year-old, who also won the marathon in Istanbul in 2020. The all-time record of 2:19:59 was set by Ethiopian Buzunesh Deba in 2014. The top American woman was Nell Rojas, of Colorado, who came in 6th with a time of 2:27:12. 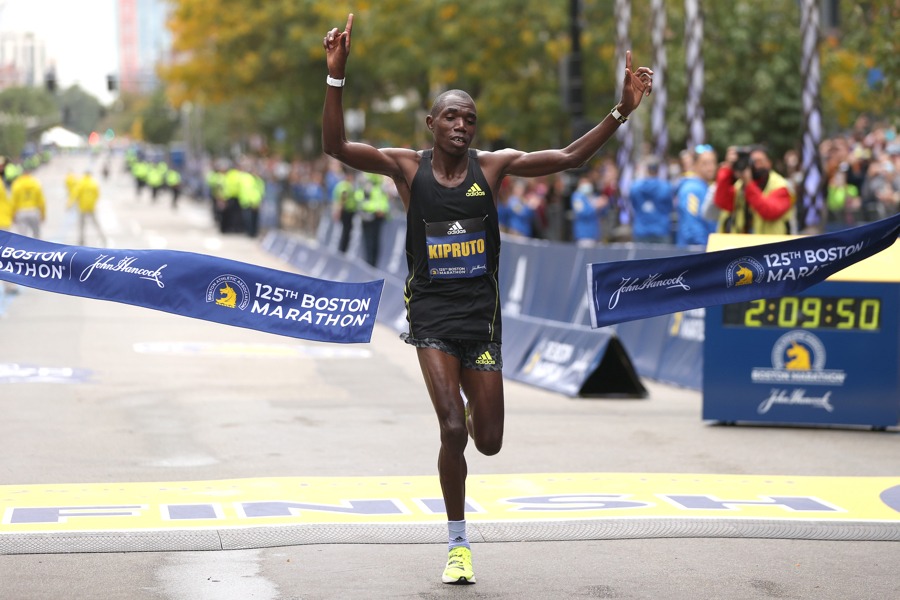 Kenyan Benson Kipruto has won in the men’s elite division, finishing with a time of 2:09:51. The victory, a first in Boston for the 30-year-old, is an improvement over his performance in 2019, when he placed 10th with a time of 2:09:53. The all-time record time of 2:03:02 was set in 2011. Kipruto had earlier notched first-place finishes at the 2021 Prague, and the 2018 Toronto marathons. Trailing a few spots behind Kipruto was Princeton’s Colin Bennie, who was the top American finisher when he placed 7th. The 26-year-old was running his first Boston Marathon. 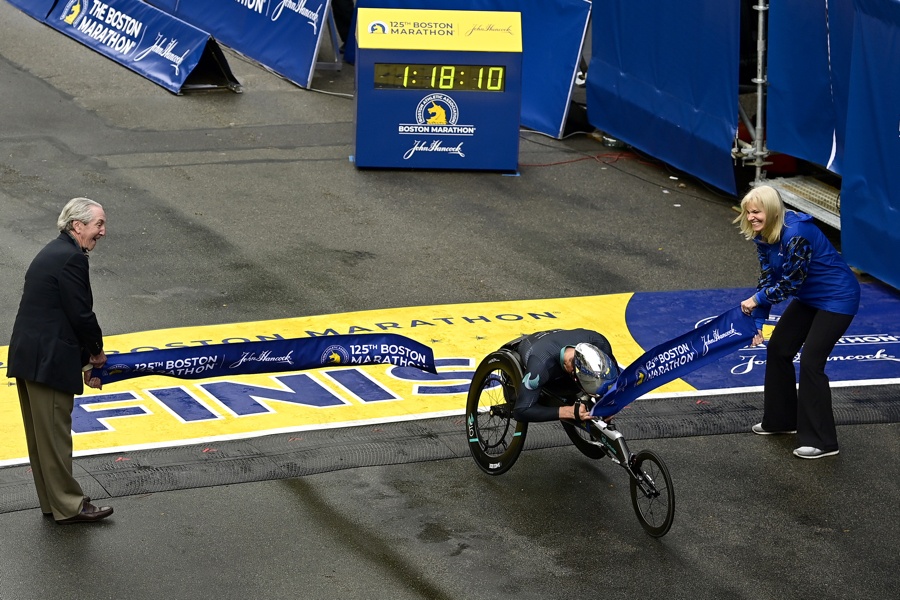 Marcel Hug has crossed the finish line first in the Men’s Wheelchair category with a time of 1:11:18. Hug had been aiming for a new record this year, but came just seven seconds shy of the best-ever time, which he himself set in 2017. Hug suffered a last-minute setback when he made a wrong turn as he approached Hereford Street, a mistake that likely cost him the record and the accompanying $50,000 prize.

Boston Marathon Men’s Wheelchair winner Marcel Hug explains the wrong turn that may have cost him $50,000 and a course record https://t.co/uc8R5MaM7P pic.twitter.com/6mRunyTRbh 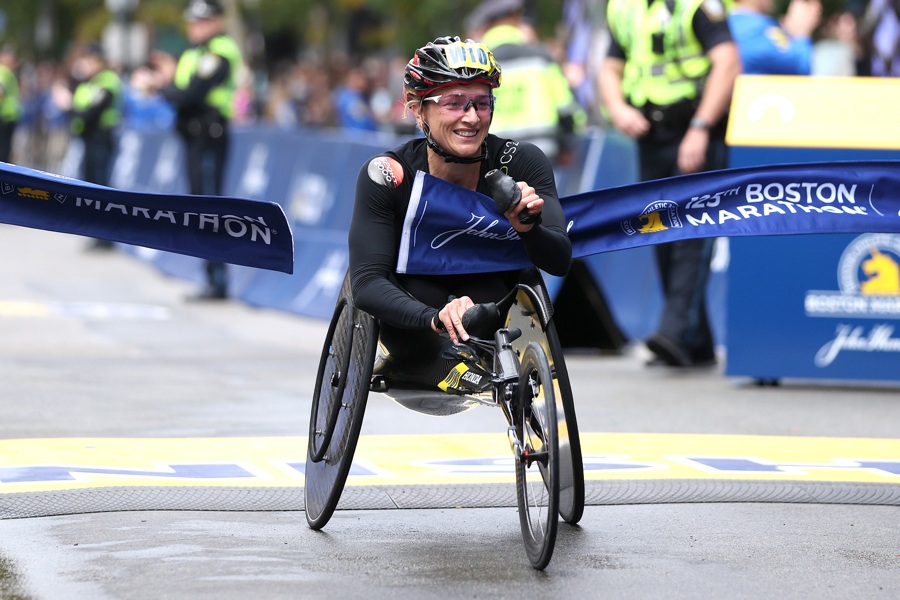 Manuela Schär, who also hails from Switzerland, led the pack on the women’s side, finishing with a time of 1:35:21. This is her third win, coming on the heels of her 2019 victory, with a time of 1:34:19. To do so, she bested Tatyana McFadden, who just a day earlier won the Chicago Marathon. 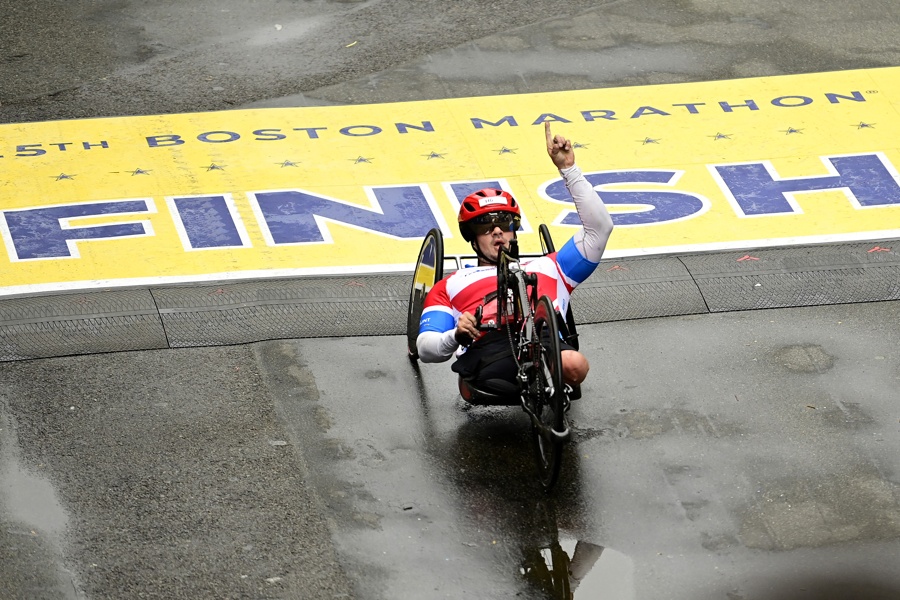 American retired Marine Zachary Stinson placed first in the men’s handcycle division, with a time of 1:11:53. Wendy Larsen, also from the U.S., led among women handcyclists with a time of 1:37:15.  Christopher Nasser and Bentley-Grace Hicks, who hail from Atlanta, were first across the finish line among duo teams division. 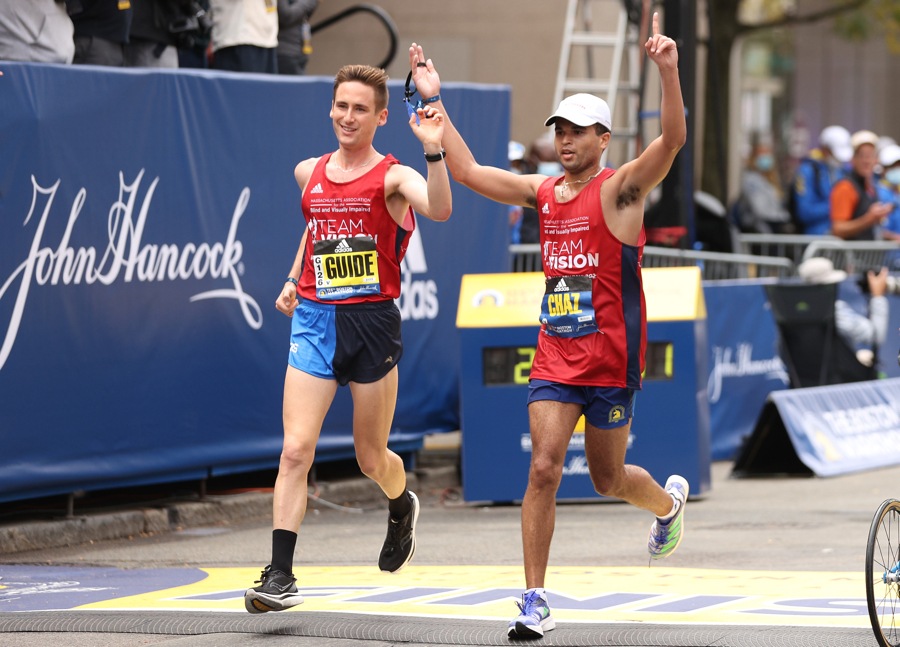 BOSTON, MASSACHUSETTS – OCTOBER 11: Chaz Davis (R) of the United States reacts with his guide as he crosses the finish line to win the T11/T12 division of the 125th Boston Marathon on October 11, 2021 in Boston, Massachusetts. (Photo by Maddie Meyer/Getty Images)

Grafton native Chaz Davis was first in the men’s vision impairment division, finishing with a time of 2:46:52. Misato Michishita, of Japan, was first among visually impaired women, with a time of 3:08:13.