After nearly a year on the job, Supreme Judicial Court Chief Justice Kimberly Budd opens up about life in, and beyond, the black robe. 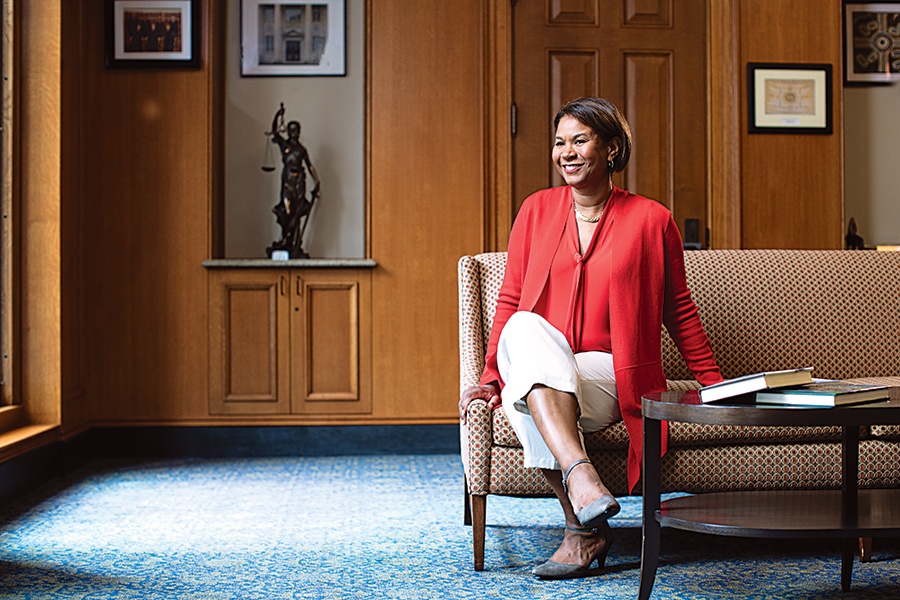 Growing up in Peabody, Kimberly Budd never thought she’d be a judge—she just wanted to make sure her dad, former Massachusetts U.S. Attorney Wayne Budd, didn’t get mad at her for blocking the driveway with her bike. Fast-forward a few decades, and the younger Budd, a graduate of Georgetown University and Harvard Law School, now holds the top role in Massachusetts’ court system—a first for a Black woman. Finally fully settled into her new gig as chief justice of the Supreme Judicial Court after nearly a year, Budd sat down with us for a candid chat about criminal justice reform, the U.S. Supreme Court, and why Judge Judy will always be tops.

Is there one trait that you think all good judges have in common?

I don’t know if there’s one single trait. There’s a combination. There’s smart, and fair. I think that sums it up.

Do you ever watch Judge Judy?

All the time. I’ve been watching since that show came on. I think it was back in, like, ’96. I graduated from law school in ’91, so I was working as a lawyer, and it was just fun to watch her and see how she handled different situations.

What’s the most illegal thing you’ve ever done?

What about violating a crosswalk, or something like that?

Who says that’s the most illegal thing I’ve ever done. [Laughs.]

What do your kids think of your new job?

I don’t get to hear a whole lot about that, because I’m just Mom at home, you know? But I think they might get a kick out of telling people their mom’s a judge.

Are you a judgmental person?

I try not to be. It’s funny you ask that, because as a trial court judge, one of the instructions I gave to the jury was: If you think I have an opinion about this case, put that out of your mind. Because it’s not what I think that matters. It’s what you think that matters in the group of people who have come together, from different backgrounds and experiences, to decide the case.

Did anybody ever say to you, “I always knew you’d eventually become a judge”?

Chief Justice Roderick Ireland. Way back, he and my father were childhood friends. They both came from Springfield. And when I’d come into Boston from Cambridge, where I was working at the time, we would have lunch together, with my father, at this little French-Italian place off of Tremont Street. And he’d say, “Have you ever thought about being a judge?” I was like, “No, I’m not interested in that.” He’d add, “You’d be a great judge,” and I was like, “I’m not interested.” And now here we are.

In your personal view, what’s the most reprehensible crime?

There are so many; it’s so hard to say. Obviously murder, rape, and assault are all terrible. But I also think about things like one time, I had a couple of young women who had worked in a nursing home and were tormenting patients, the residents. They put it on Snapchat and they thought it was the funniest thing, and somebody reported them, and they were prosecuted. I was just talking to them, asking, “Why would you do that? Would you want somebody to do that to your mom or your dad?” It was just so upsetting.

How do you tune that stuff out, or leave it in the courtroom, instead of taking it home with you?

What do judges wear underneath their robes?

Do you ever wear sweats?

[Laughs.] I don’t tend to do that. Here at the SJC, we have what they call a robing room. All of the judges meet there before sitting for our oral arguments, and we grab coffee, put on our robes, and chat before we go into the courtroom. So people tend to dress to be seen in public.

Do you think that the number of seats on the U.S. Supreme Court should be changed?

What I’ll say about that is that I just look at the Supreme Court contrasted to the [Massachusetts] SJC, and I just feel like we have a good thing going here. I feel like every one of us, our top priority is getting the case right. It’s not about politics. It’s about trying to get the case right. And it just seems like things are a little different at the Supreme Court, and that doesn’t seem as satisfying as what we’re doing here. I feel really, really good about what we’re doing here.

Do you consider the law a living, breathing organism?

How pressing do you think prison reform is?

In Massachusetts, or in general? Obviously, there’s a lot that needs to be fixed. But that’s really not my bailiwick. The whole criminal justice system needs to be reformed.

But the consequences of your decisions can end up putting someone into a system that, as you say, needs to be fixed. So it has to weigh on you a little more heavily than it might on the average Joe.

Yeah, there’s a lot of work that needs to be done in a lot of places. One of the main things that [my predecessor] Chief Justice Ralph Gants was doing before he died was looking at the racial injustice in the criminal justice system. You may know that he commissioned a report from Harvard Law School that showed what everybody already knew, which is that people of color are overrepresented in the system and are getting longer sentences. I think that report was a catalyst for people. It really put things on the front burner.

Do you think that Black Lives Matter and the social justice movement of the past year and a half will ultimately inform or shape judicial policy in the future?

Again, I think those things put it on the front burner. It’s not like we didn’t know, before George Floyd, that there were so many other people of color who had died at the hands of the police. And I hope that it stays there, at the forefront.

What part of the justice system is most in need of reform?

A big part of the problem is that everything’s interrelated, right? So the judges, we follow the law, the statutes that have been passed by the legislature. One of the things that people are sometimes surprised to hear is that when a defendant is found guilty, the judge, in a lot of cases, doesn’t have a whole lot of discretion with regard to the punishment, because of mandatory sentencing laws. As a judge, I have to follow the law.

How do you feel about mandatory sentencing? Should judges have more discretion?

I think that’s part of the reason why people of color are serving longer sentences. My understanding, and I don’t have the data in front of me, but it seems that people of color tend not to plead out, and if you plead out, you have a chance to maybe not face that mandatory minimum. You’ve got more leeway, and you can work with the prosecutor to figure out what makes sense. The two sides come to an agreement. But if you go to trial and you’re found guilty, there are no more options, so that makes it tough.

Being a Black, female judge, and knowing that a disproportionate number of people in the criminal justice system are Black males—what does that mean for you personally?

One of the things that I appreciated about being a trial court judge was just being able to be there, as the judge. Sometimes, it would just be me and the defendant who were the only Black people in the courtroom. I felt good about at least hoping the defendant felt like he was going to receive a fair hearing. 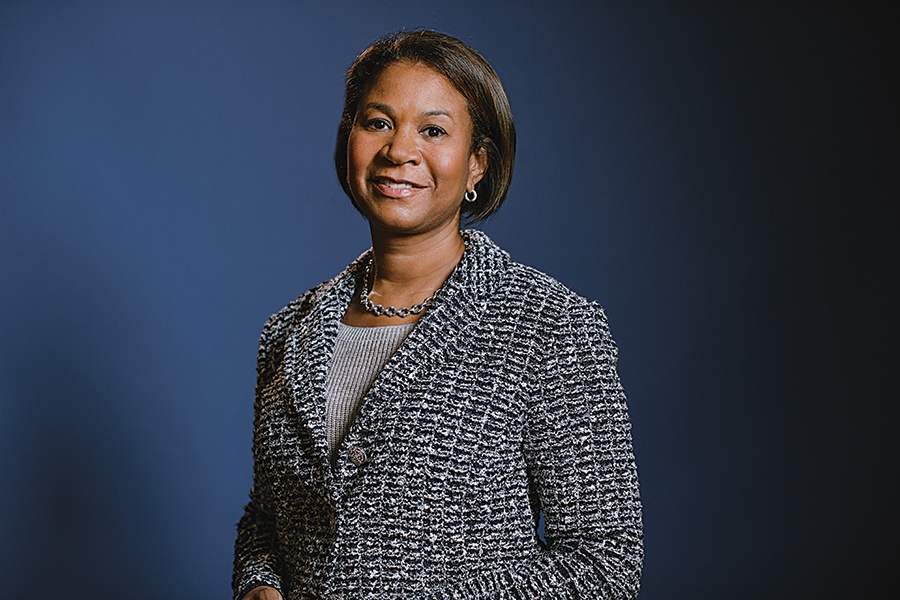 What’s the worst injustice you ever suffered at the hands of your parents?

[Laughs.] I was probably six or seven. And, you know, my dad would come home late from work a lot of times. I think he had told me that I shouldn’t leave my bike in the driveway, because when he pulled in, you know…it was in his way. After he told me that, I left my bike there. And all I knew was one night he came in, woke me up, and told me to move my bike. And I’ll tell you what, I didn’t leave my bike there again.

Do you think Harvard Law is all it’s cracked up to be?

I think it’s probably changed a lot since I was there. I was not crazy about my law school experience, but part of that, I think, was that I went straight through from college to law school. So I felt like a lot of my classmates who were older and had done things in between kind of had a leg up. And I didn’t feel like it was very student-centered. I think it’s a lot more student-focused now.

Do you think justice is blind?

No, no, because everybody has biases. Everybody has a point of view. I don’t even know what that means, frankly.

What’s your favorite perk of the job?

I work for the government, so we don’t get a lot. But I do have a nice parking spot under the building.

Worst part of the job?

I’m always worried about what’s going to happen next. Given the way things have started for me in this job, with COVID and everything—you know, maybe that’s the worst, but let’s knock on wood.

As a lawyer, would you rather be the prosecution or the defense?

That’s a weird question to answer. I was a prosecutor at one point, and I felt like I was doing important work. It was very fulfilling. But clearly, defense attorneys are very, very, very important. As a judge, what I appreciated in a prosecutor was when they were straightforward and weren’t trying to press their advantage, because that way, I could sort of get a true sense of what was going on. And I think that’s important.

Are public defenders the unsung saints of our judicial system?

They have a hard job. A really hard job.

How does your job inform the way you arbitrate things with your children?

My approach is let’s hear everything out. Let’s find out the whole story first, before I say what I think the consequences should be. Let me hear it all. And that’s what you do as a judge as well.

Are your kids little lawyers?

I guess, because they do a pretty good job of arguing their case.

If you were to have anything named after you, what would it be: a courthouse? A park? A school?

That’s so funny. That’s just not my personality. I’m not looking for my name to be emblazoned on anything. I think I just want people to be able to say, “Well, you know, she did a good job.” 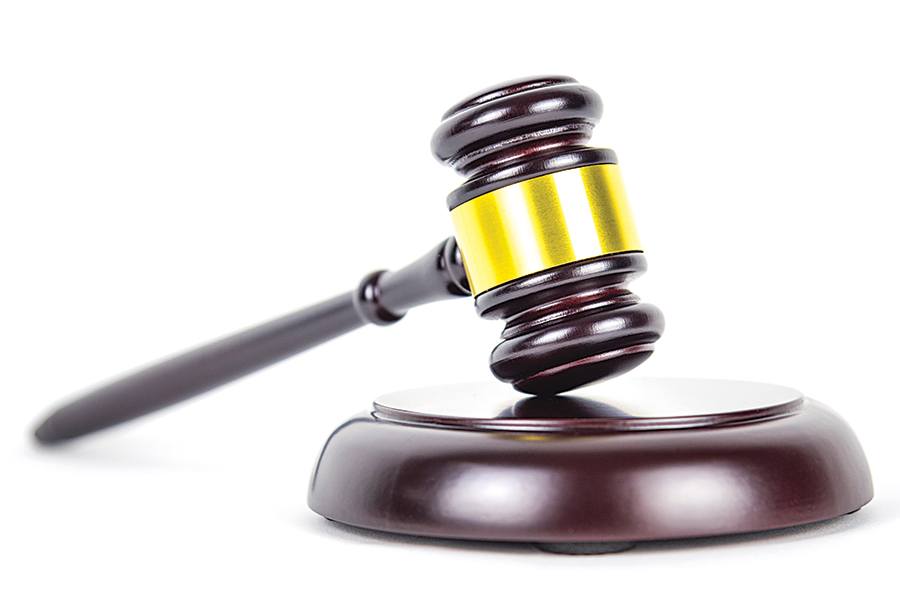 The low-down on the high court.

Number of appellate courts in the Western Hemisphere that have been in continuous existence longer than the Massachusetts Supreme Judicial Court.

Number of years Lemuel Shaw, the longest-serving chief justice (1830 through 1860), served before retiring at age 79.

Age at which justices must now retire due to a 1972 constitutional amendment.

Number of women—Margaret Marshall and Kimberly Budd—who have served as chief justice of the court.