The Interview: Head of the Barr Foundation Jim Canales

As head of Boston’s largest charitable foundation, Jim Canales weighs in on the city’s most pressing issues and the art of spreading a little cheer. 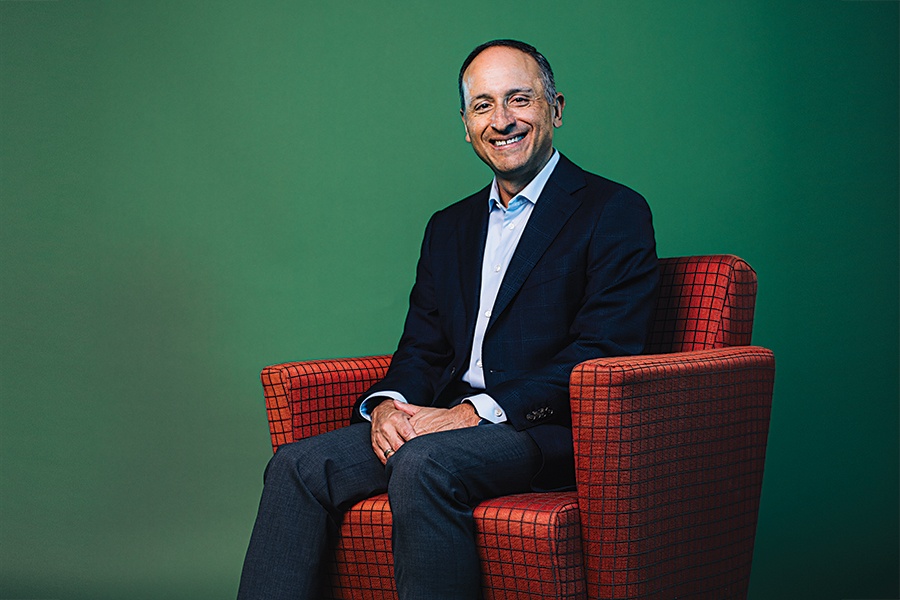 Everyone wants to be on Jim Canales’s “Nice” list. Or rather, everyone in Boston’s nonprofit community craves a slice of the Barr Foundation’s vast $3 billion fortune, the single largest pot of money in the state set aside for charitable giving. Meanwhile, Canales himself—a Stanford grad who serves as Barr’s president and as a trustee—has become one of the most influential people in the city, not only as philanthropy’s top dog but also as a board member of the Isabella Stewart Gardner Museum and an important voice on climate change and the arts. So where is Boston’s very own Saint Nick steering Barr’s sleigh full of funding? We asked him ourselves.

What was the last phone call you took before this one? And what’s your next call going to be?

Oh, my goodness. It would have been a Zoom call with a couple of colleagues here talking about our climate work. My next Zoom call is with a group of staff at the foundation, as we’re talking about the upcoming mayoral transition.

How is Barr preparing for that?

Having funded a number of city departments and positions, as well as initiatives like the Go Boston 2030 master planning process, we’ve always had a very close working relationship with the city, and we imagine that will continue under a new mayor. So we are preparing to roll up our sleeves with whoever occupies that office and continue to be a constructive partner.

Let’s talk about the arts. After the hit the scene took during the pandemic, how are things looking in Boston right now?

I sense that the art scene in Boston is in a kind of recovery and adaptation mode, not just because of the pandemic, but also because of the racial justice uprising that occurred during this period. There were a lot of calls for arts organizations to be far more reflective about diversity and inclusion. Coming out of the pandemic, I hope we’ll see an arts sector that is much more attuned to the needs of communities of color.

It caused us to interrogate our own practices and work to more explicitly communicate our focus on racial equity. As we reflected on our work, we felt it was an implicit value we held that we had not been explicit about. That’s a focus that is going to continue for the future. Many people have questioned whether the statements being issued by organizations were authentic, or how they were going to be backed up by action. For Barr, it’s incumbent on us to ensure that our actions and the ways that our resources flow demonstrate an enduring, deep commitment to addressing the issues of racial equity.

In other words, money talks.

Certainly in our industry it does.

And we’ve seen a lot of growth in the past number of years. We did about $90 million in grants in 2020. We are projecting about $140 million in grant-making in 2022, and our staff has more than doubled. We are excited about the opportunities that this creates, and are also excited about having an expanded capacity to invest in priorities that, again, center on racial equity.

How do you decide whether to open up the checkbook? Are there red flags that get an organization moved into the “No” pile?

One of the core values at the foundation is to invest in leaders. So rather than speaking about a red flag, I would say that one of the things that we’re often assessing is: What is the nature, quality, and caliber of leadership of an organization? How in touch is that leadership team with the communities that they are aiming to serve?

For many years Barr had been pretty secretive about its work, but that’s changed. Why?

I think it’s important for our partners in the field to see Barr as an active, engaged, visible, and vocal partner. There was a time when foundations preferred to speak through their partners and just be in the background. They had an appropriately humble attitude that this is not about us, it’s about the work we’re supporting. I agree with that wholeheartedly, but I also think that one of the big tools a foundation has, in addition to the dollars, is our voice. Expressing that voice enables other partners to understand the role of philanthropy, to see philanthropy as a partner and ally. There are organizations that we work with that we may not fund, but they are part of our network, because we are visible and present and active on the issues that we care deeply about.

The foundation’s board is also no longer majority family-controlled. How does that change things?

We wanted to shift from a family foundation to a legacy foundation. For example, the Ford Foundation is governed by a group of community leaders who provide stewardship and leadership for the institution. We aspire for the same at Barr. We now have eight trustees, five of whom are non-family members, and our governance has been enriched by having new perspectives and lived experiences around the table.

There has been discussion, including in this magazine, about whether foundations have too much sway over city government. How have you responded to that?

The challenges we are looking to address at Barr—climate change, education, the arts—are big and intractable. Philanthropy alone is not going to solve them. We need to be in partnership with the public sector and with the private-sector business community. That is part and parcel of our mandate as a public-service institution that is focused on the greater good.

Who do you talk to in the philanthropy world? Bill Gates? Medford’s own Mike Bloomberg?

I have not met those individuals personally. I meet routinely with the head of the Ford Foundation, Darren Walker, who is a friend, and Elizabeth Alexander, who’s the head of the Mellon Foundation and has also become a friend. They are part of a larger group of funders that has come together throughout the pandemic to compare notes and talk about what we’re doing, how we’re responding. 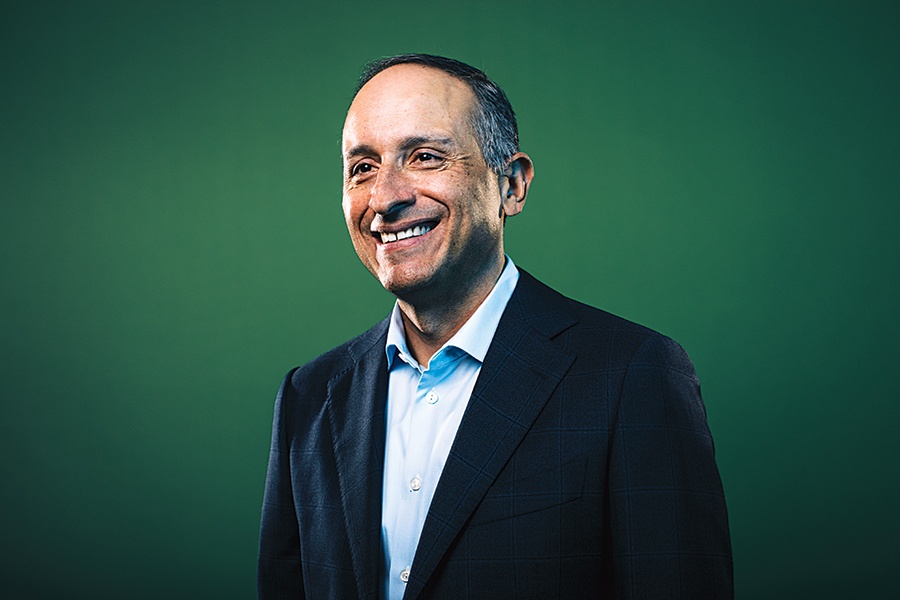 Let’s talk about you for a minute. You grew up in San Francisco. What was your impression of Boston when you moved here seven years ago?

Boston felt very similar to San Francisco to me; they’re similarly sized cities on the water with great baseball teams. Even as a lifelong Giants fan, I think Fenway Park is really quite special. One thing I reflect on is I spend so much less time in my car since I moved to Boston. A lot of people complain about traffic and the T and all that, but the reality is this has been a really great multi-modal experience for me. Between walking, using Bluebikes, and taking the T, I have so many other ways to get from A to B in a really efficient and, in some respects, a much more enjoyable way. There have been weeks that I’m not in my car at all.

Your husband is a physician at East Boston Neighborhood Health Center. What was it like to be married to a doctor during the early days of the pandemic?

It was hard. In his case, East Boston was a hot spot along with Chelsea and Revere, where a lot of frontline workers live. At times it was scary. But the PPE worked. He never caught COVID; I never caught COVID. So we were very fortunate in that respect. Of course, I was also enormously proud to see him doing the work he was doing.

Your mom is from Nicaragua, your dad’s family is from Mexico, and you speak Spanish. How does that background inform your work right now?

I think my lived experience significantly informs my work at Barr. I was raised by my great-grandmother, who emigrated from Nicaragua, in a Spanish-speaking monolingual household in a very low-income context. My hope is that I’m able to step into a role like this, with all of the enormous privilege that it inherently brings, with a sense of humility and an understanding of the needs of those that we are trying to serve.

You’re also a board member for the Gardner Museum, whose benefactor left behind some pretty strict rules against altering the collection in any way. How do you deal with that?

That’s a challenge for an institution: How do you remain living and relevant when you can’t do that? One of the things we did was this wonderful exhibit called Boston’s Apollo, which looked at John Singer Sargent’s sketches of an African-American man by the name of Thomas McKeller that were found in the archives. And it really allowed us to try to understand that story and the issues of race and class and sexuality that were inherent in that story, and to engage community leaders and artists in helping us to tell that story. That to me was just a wonderful illustration of how you take the legacy of that kind of institution, but make it relevant and connected to issues today.

What do you hope the new mayor does about the waterfront now that the old agreement has been scrapped?

One of the challenges is that zoning along the waterfront has been done largely parcel by parcel, in the absence of a more comprehensive vision of what we want the waterfront to be. It’s a public amenity that should be enjoyed by all, not just those who have the resources to buy condos there. The other big issue is climate resiliency. Boston has already seen 8 inches of sea-level rise since 1950. It’s projected that we’re going to see it rise roughly an inch every eight years. It won’t just be downtown and the Seaport that flood. This is flooding that will go into Dorchester and East Boston. That is profound, and understanding that has to absolutely inform and influence the way that we build and develop along the waterfront.

Do people get that? Has it sunk in that the waters are coming? Are people afraid enough?

I don’t think it’s about instilling fear. I think it’s about ensuring we have shared knowledge and understanding. This is a long-term issue for the city of Boston, and one of the reasons that we care so deeply about it is we have the ability at Barr to think in that long-term horizon. We are not like elected officials who are often thinking in two- or four-year cycles. We are not like the business community, who might be thinking about the next quarterly earnings call they have to deal with. We in the philanthropic sector are perpetual institutions that are investing for the long term, and we bring that long-term perspective to everything we do.

Speaking of perspective, are you reading anything good right now?

I’m reading a book by Colm Toibin called The Magician, which is about the life of [famed German novelist] Thomas Mann. That’s my pleasure reading. Over the summer I read Caste by Isabel Wilkerson, which was very eye-opening and just a fantastic read.

Do you play an instrument or sing? You’re focused on the arts, but will we ever see you on a stage?

Certainly not. Not for anything performance-related. That wouldn’t be too impressive. 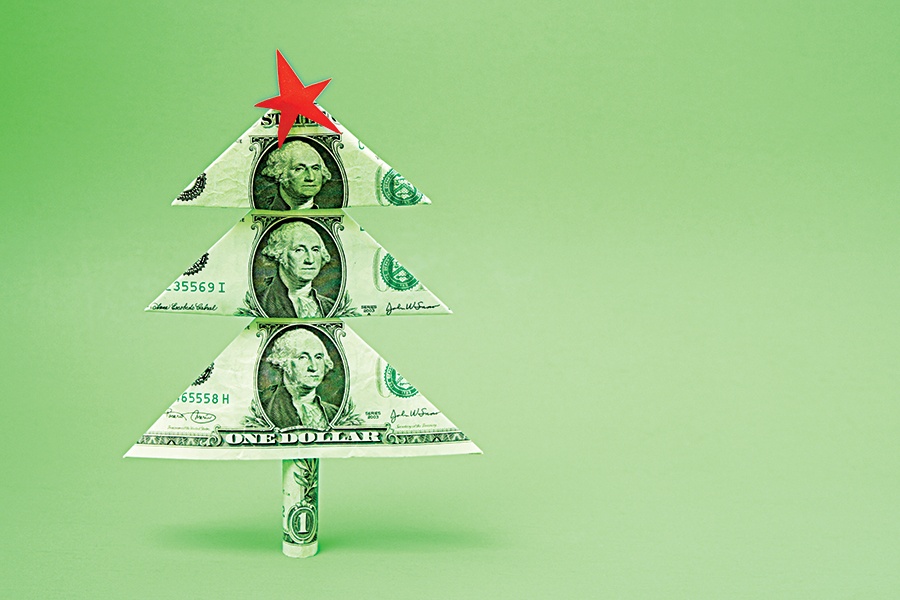 A look inside Santa’s workshop.

Roughly how much, in dollars, the foundation has distributed in grants since its founding.

Percent increase of annual total grant-making between 1997 and 2021.

Fraction of the eight-member board that has the last name Hostetter.