Author Colleen Hoover's TikTok-famous book It Ends With Us is allegedly set in Boston, but we have our doubts after reading it. 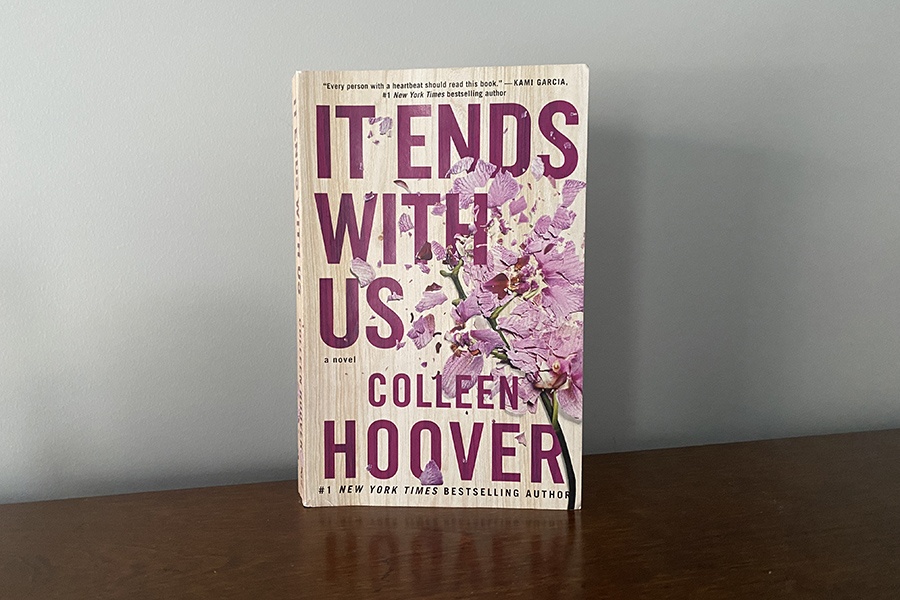 Let’s face it: Even if you’re resistant to the ways of TikTok, you’re not impervious to the effects of the clock app. Maybe you spent part of this summer trying to save your milk crates from being used for a viral challenge. Or you had to push through throngs of people trying to see the app’s latest star live. Or maybe, just maybe, you picked up a book because you saw it on the “As Seen on TikTok” display at your local Barnes and Noble.

However counterintuitive it may seem to get book recommendations from short videos on an app, this corner of the Internet is making its mark. Publishers have noticed these so-called “BookTokkers” generate renewed interest for backlist books, leading to a spike in sales. Case in point: Publishers Weekly reported that Colleen Hoover’s 2016 novel, It Ends With Us, about a young woman who finds herself in an abusive relationship, rarely sold more than 100 copies per week after an initial spike in popularity when it was first published. But since June, it’s sold an average of 17,ooo copies per week thanks to passionate fans sharing the book on the app.

As an avid reader and a Millennial who does not quite grasp the trends of today’s youths, I tend to lean more on “Bookstagram” (Instagram’s readers) for my book recommendations. But I have a TikTok account (mostly for the funny cat and Taylor Swift videos), so I am not blind to the ways of the BookTokkers. When my mother offered to loan me It Ends With Us after reading it herself, I figured it was a chance to see why so many people were posting videos of themselves crying over this book. Even more important, the story is set in Boston. And if there’s one thing I love, it’s a book set in Boston.

But one thing I don’t love? A book that claims to be set in Boston, but in fact, bears little resemblance to the actual city. I know I am biased. As a journalist, I can be very nitpicky when it comes to accuracy in books. And I will say, this book shines a light on the cycle of abuse and how it can be broken and I get the hype. But when it comes to the setting, there’s so little there that actually resembles the city I know and love that I began to wonder if the author had ever even been to Boston. I know it’s fiction, but it’s hard to get sucked into a story when you’re reading along and suddenly thinking “Wait, that doesn’t sound right.”

If you’re tempted to read but share my concerns, here’s where things went wrong:

The 23-year-old main character opens a storefront in Boston.

Is it possible? Sure. Plausible? Not in the slightest. Boston is a city where a parking space can go for over $100,000. And I’m supposed to believe a fairly recent college graduate can afford a storefront? I spend too much time looking at Zillow to fall for that. The main character, Lily, says she opened the flower shop with the small inheritance she got from her father, but it’s more likely she would’ve had the money to start an Etsy shop given Boston’s real estate market.

The only time the letter “T” appears in this book is as a part of other words—and certainly never in reference to the public transit system Bostonians love to hate. There’s a lot of talk of driving everywhere in this book. And before you argue that maybe they’re going places not near the T, the fictional storefront is on Park Plaza (not exactly the most isolated corner of the city). Again: this is the city where parking spaces can go for six figures. Despite the number of people driving here, it’s not the most car-friendly city. And yet these characters are driving everywhere? An unlikely story.

Everyone has really nice apartments.

Most of the characters in this book come from wealth. We’re talking owning a whole floor of a building nice. But even before Lily marries into wealth, she has a fairly decent place when she’s supposedly a new grad at an entry-level job in marketing. But we all know that you’re more likely to end up in a room in a triple decker in Somerville that was last renovated when Reagan was president than in a place with your own bathroom when you’re fresh out of undergrad.

The Boston media scene is all wrong.

Unbreak my heart, Colleen Hoover. This is definitely my own bias, but I yelped when the main character references “Best of Boston” awards and then says they’re a people’s choice award done by the local newspaper, and not, for instance, a heavily researched staff project done by a certain city magazine. Way to steal our thunder!

There’s no mention of the city’s neighborhoods.

I know the important part of the book is the plot. But Boston’s neighborhoods each have such  distinctive character that I wished for more descriptions. Give me a scene in crunchy J.P. where the main characters are on an ice cream date at J.P. Licks. Or maybe Atlas Corrigan, Lily’s high school boyfriend-turned-Boston restauranteur, could’ve had his eatery in Cambridge and the other characters get there by riding the Red Line and enjoying the view it offers them of the Charles. Heck, I even would’ve taken a description of Fort Point where these wealthy characters apparently lived. (One Boston thing Hoover does mention is this Seaport condo that gained Internet notoriety for its placement on top of another building’s roof. The characters spot it while on another rooftop in the first chapter, and it’s one of the only hints at where in Boston we’re supposed to be.) Anything to give me some of the Boston flavor I came to this book for!

There were a few things right, though…

I gotta hand it to Hoover. Aside from writing a compelling depiction of an abusive relationship, she did nail a few things about Boston. Right in the first chapter, she describes “Boston purgatory,” a state for new city transplants when “the tourists treat you like a local; the locals treat you like a tourist.” Given the outrage I felt about a non-Boston resident getting things wrong in this book, I’d say she got that part right.