A Taxonomy of Boston Space Savers after the Blizzard of 2022

Let's see what you guys hauled out of the basement this year! 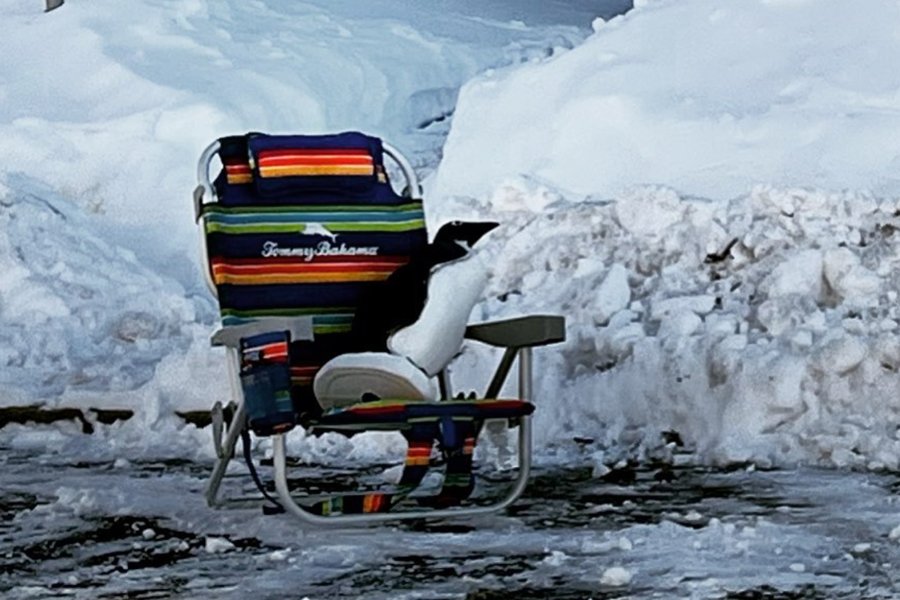 Space saver season is back, baby! After this weekend’s historic blizzard, the streets of Boston are once again awash in beach chairs, coolers, busted durable goods and all manner of household objects designed to tell the world that, at least for right now, this section of curb is yours.

The time we have with them is short. City rules both official and unofficial dictate that space savers have to be removed 48 hours after a snow emergency is lifted. In this case, that’s Wednesday, February 2, at 6 a.m., at which point your favorite cooler, box fan, or Rob Gronkowski cardboard cutout could end up getting confiscated by the DPW.

And just a reminder for anyone who had any bright ideas given how extreme the storm was, space savers are still off-limits in the South End. (A quick search of the publicly visible complaints on the city’s 311 service shows a good amount of whining this weekend about South Enders not following that neighborhood’s special rules).

So what did all of you use to hold your spaces this time? Let’s see!

Chairs. The beach chair is customary, and there were thousands of them out there on the streets of Boston this morning, but we appreciate those who add a little extra pizzazz to the old standby, such as by putting a little penguin on it. (We know about this one thanks to an Instagram account dedicated to the subject called @Spacesavers_of_Boston, so thanks for that!)

A post shared by Space Savers of Boston (@spacesavers_of_boston)

When you find a vacuum cleaner as a space saver @nancylanephotos #Journalism with a big J pic.twitter.com/azW7Q1Na1P

Wood. You can always put out a wooden end table, sure. But why not just use the raw materials instead? By which I mean a log.

Get your space savers ready! The great #Boston dig out begins. The log is my favorite this morning 🤣 #usewhatyagot #southie pic.twitter.com/XqPoQO5Itc

Flatscreen TV, beer keg, a cone with a threatening note, and what appears to be a child-size mannequin.

Space savers come in all shapes and sizes in Boston… pic.twitter.com/LQmF3egDbc

Watch: A tiny space-saver is now at the Legoland Discovery Center https://t.co/OaKfRW2gkd

A box of Legos. And a walker.

Today’s update: Still want that Lego? Now there’s something to assist you in transporting them *and* the walker!!! pic.twitter.com/47LPMsV0gk

Not sure what’s going on here, and neither is MBTA spokesman Joe Pesaturo, who spotted this one in Southie.

Also not sure what this South End driver was thinking when they set this out: a space saver in “stealth” mode.

And last but not least, keeping the holiday spirit alive, Christmas tree.