All the Massachusetts Athletes to Watch at the 2022 Winter Olympics 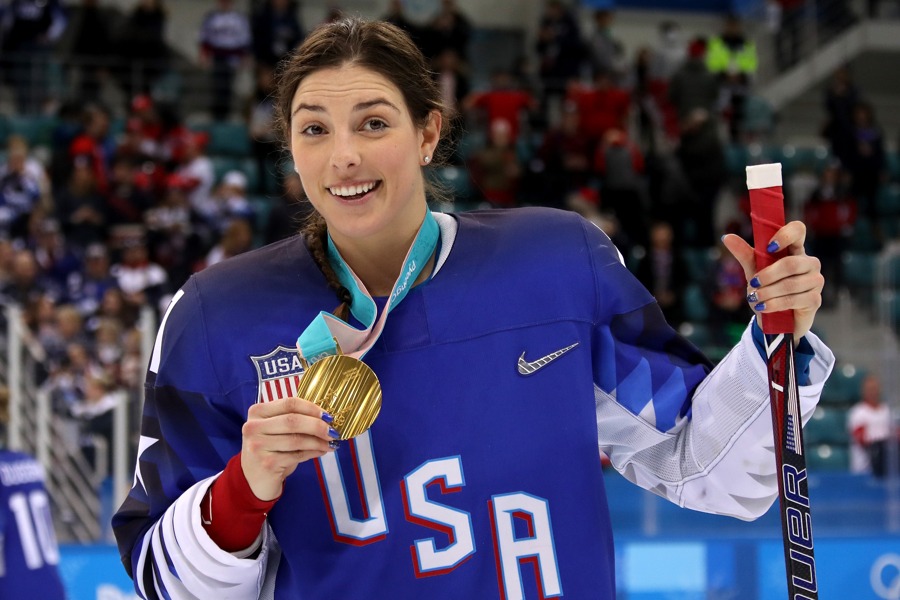 Massachusetts has a long and proud tradition of sending champs to the Winter Olympics. As a matter of fact, athletes from the Commonwealth have the third-most medals at the Winter Games of any state. Not too shabby!

We’re hoping to keep that reputation up this year, when 11 local competitors head to Beijing to go for the gold.

So for anyone hoping to root for some hometown heroes as the games begin this week, here’s a rundown of everyone from our neck of the woods aiming for a spot on the podium.

The 27-year-old Pembroke native and UMass alum, who was named the 2012 Decathlon National Champion, is competing in his first Olympics this year.

The 20-year-old from Medway, who started racking up medals as a teen in national championships, will be making his Olympic debut this year, where he’ll be joined by doubles partner Sean Hollander of Lake Placid. DiGregorio tells the Globe he’s competing “for every single person back home who has helped me reach this point.”

She may have excelled at speed skating out west at the University of Utah, but the 21-year-old has roots in in Massachusetts, having pursued the sport at the tender age of 7 at a rink in Walpole. This is her first Olympics. 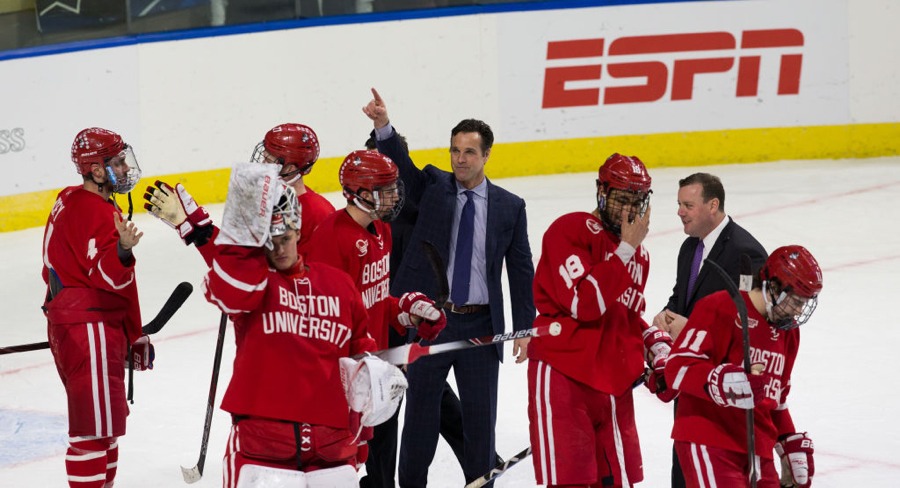 David Quinn, a former Boston University hockey star, has had a long career in coaching, including a three-year stint as head coach of the New York Rangers, which ended in 2021. Before the NHL, he made his name coaching the Terriers at his alma mater. 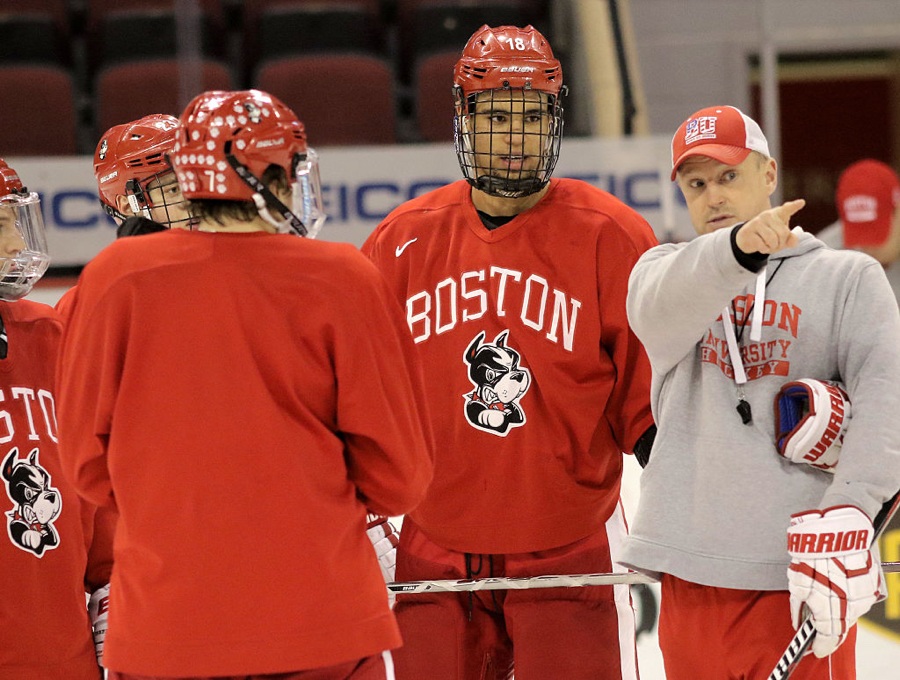 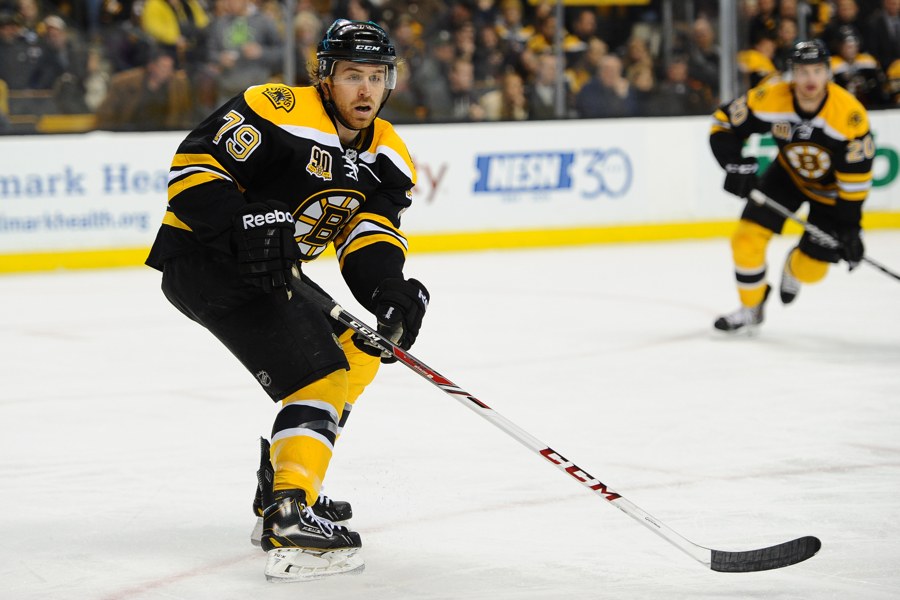 David Warsofsky of the Boston Bruins skates against the Ottawa Senators on February 8, 2014. Photo by Brian Babineau/NHLI via Getty Images

Bruins fans may recognize 31-year-old Marshfield native defenseman David Warsofsky, who played for the B’s both in Boston and in Providence after a storied stint at BU. This is his first time going for gold as an Olympian.

The Hingham 20-year-old, currently in his second year at University of Michigan, will be making his Olympics debut playing forward for Team USA. 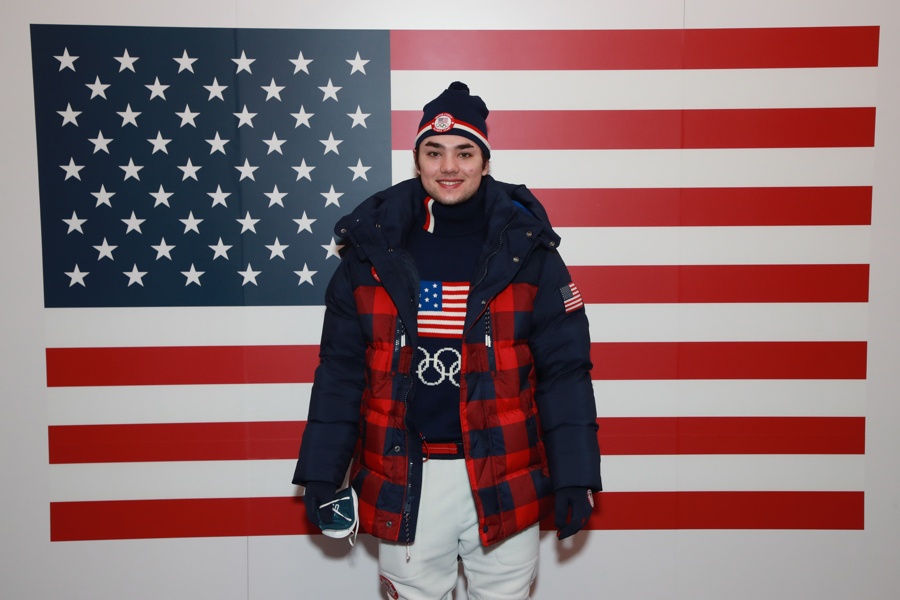 The 21-year-old Hopkinton native, one of two Harvard hockey players to suit up for Team USA, made a splash with the USHL in the 2019-2020 season, racking up 15 goals and 41 assists. He told the Crimson last month that accepting an invitation to join the Olympic squad was “a no-brainer.” 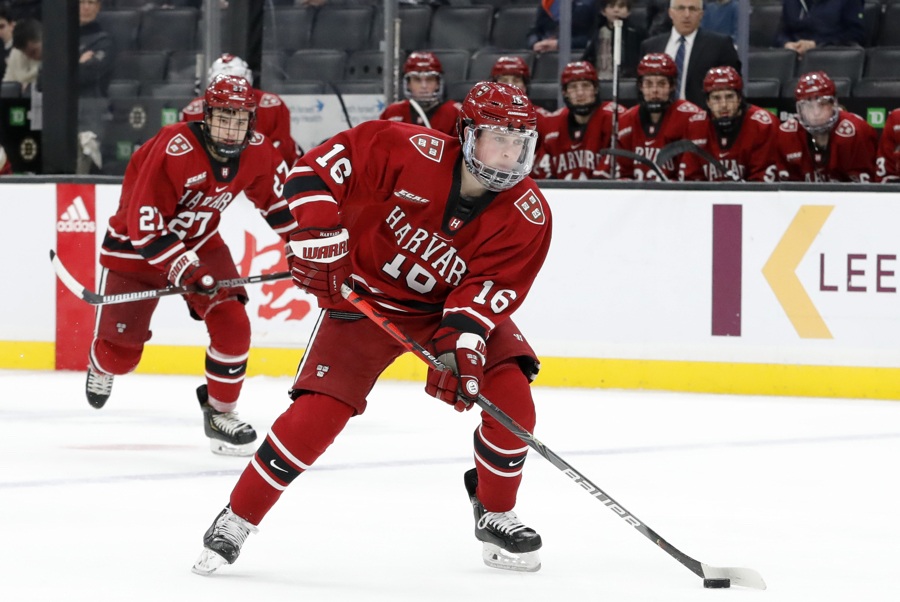 Also heading to Beijing from Cambridge is Harvard team captain Nick Abruzzese. The 23-year-old New Yorker told his college’s newspaper that “being able to represent my country is probably the biggest honor of my life.”

The North Billerica native’s love of hockey started young: He claims to have been brought on a rink at just 8 weeks old. Now 23, he’s already got two NCAA championships under his belt with the Boston College Eagles.

Born in Norwell, the 20-year-old goalie now plays for the BU Terriers. He must be feeling pretty good about competing on the world stage: He already has a 2021 world championship bronze medal under his belt.

BC junior and Eagles defenseman Drew Helleson comes to us via Minnesota. He arrived in Boston a champion, with a 2019 bronze medal in the 2019 IIHF Under-18 World Championship to his name. 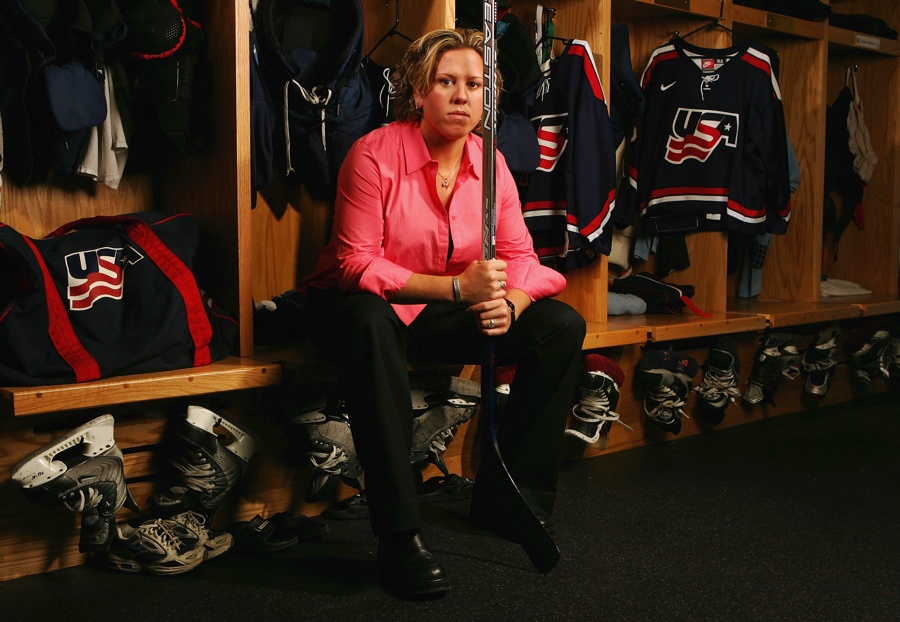 The Woburn native already has two Olympics under her belt, having taken two bronze medals home as a player in 2002 and 2006. She’s also assistant head coach for Boston College’s fearsome women’s hockey team.

This isn’t the North Reading native and BC alum’s first rodeo: She won the silver medal with Team USA in Sochi, and medaled six times at the World Championships.

While we can’t exactly claim the Illinois native as our own, the 30-year-old two-time Olympian, who took home the gold in PyeongChang, graduated from Northeastern in 2016. Count it!

This 24-year-old Californian and two-time Olympian may have gotten her start on the West Coast, but has thrived at Boston College as an Eagle and has medaled twice at Worlds.

The 26-year-old Michigander headed out to Boston to join the squad at Northeastern, and has played twice for Team USA, sharing the gold in 2018.

The 28-year-old is getting her first shot at the Olympics this year. She graduated from Northeastern in 2017, and has three World Championship medals.

A former Terrier, the 24-year-old came to the Hub by way of Illinois. She’s got three World Championship medals and is competing in her first Olympics this year.

Yes, we’re still claiming superstar Hilary Knight as our own. The 32-year-old, originally from California, played for the Boston Blades from 2012-2017. This is her fourth Olympics.