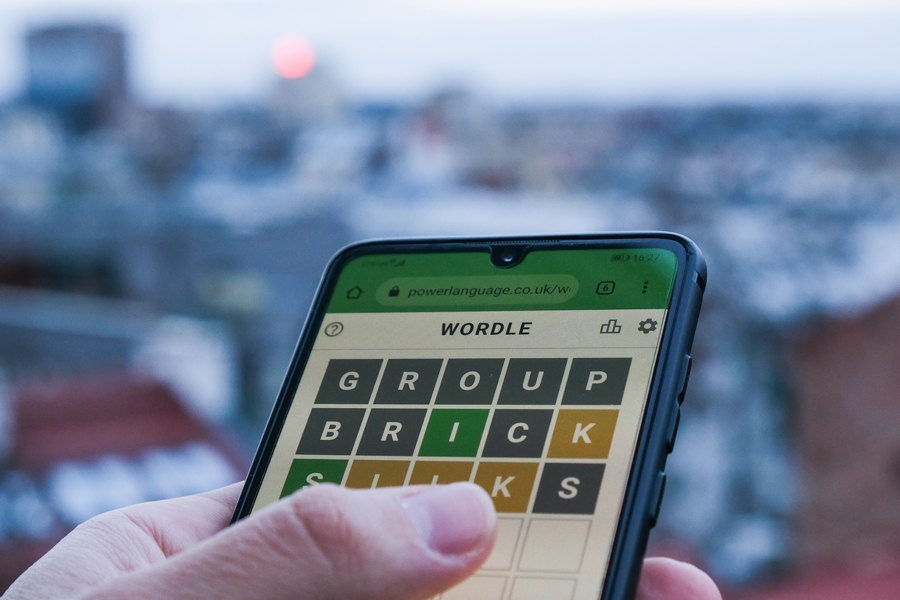 When it comes to Wordle, the simple game with simply astounding staying power, there is a code of ethics at play.

To maintain the purity of this delightful little daily brain-teaser, one must abstain from social media before the day’s puzzle is done—lest you stumble across any chatter online that might tip you off about the answer. You should not, as a true Wordle head, take a scientific approach to picking the perfect starter word. For ultimate bragging rights, the most dedicated players can also opt for hard mode, which limits your letter choices based on what you’ve already guessed (which means you can’t just hunt for clues by typing out words at random).

Whether and to what degree you follow these rules is between you and your god. But what should absolutely go without saying is that you shouldn’t just cheat!

But that is apparently what a lot of you around these parts appear to be doing. That’s according to an analysis from the website Wordfinder X, which is airing New England’s dirty laundry this week. After studying Google Trends data, it says it can reveal that the region has more cheaters per capita than any other part of the U.S.

The worst offender in the nation? New Hampshire, which ranked first among searches for the Wordle answer this year.

Rhode Island came second and Vermont came third, followed by D.C. in fourth, Massachusetts in fifth, and Maine in sixth.

Overall, it seems everyone from all over is taking illegal peeks at Wordle answers away from prying eyes. Google searches for the term “Wordle answer” have been steadily rising in the U.S. all year, hitting a peak on, of all days, Valentine’s Day, 2022. The words that gave players the most grief were “SWILL” and “AROMA” (remember those?).

“SWILL” is the word that tripped up New Hampshire the most, while it was “DODGE” that had players in the Commonwealth rushing to the internet for help. (Send this to your Boston friends to find out who dodges the question of whether they’ve been lying to your face about their Wordle habits).

So what are we to make of this shocking revelation? Are we, the land of the Ivies, particularly insecure about our brain power and feeling compelled to demonstrate how smart we are to all our friends and colleagues? Is there something quintessentially New England about juicing your Wordle stats for clout on Twitter, all while violating the integrity of the game? Will we stop at nothing for that sweet, sweet dopamine hit of keeping a streak alive?

Whatever it is, take a long, hard look in the mirror, New England. You should all be ashamed of yourselves.