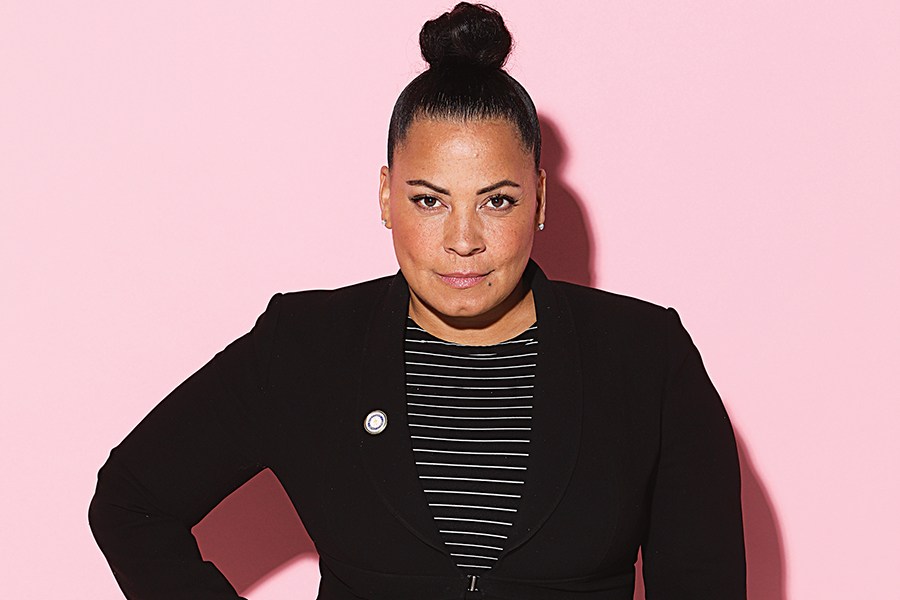 Since being elected Suffolk County district attorney in 2018, Rachael Rollins, who grew up in Cambridge, attended Buckingham Browne & Nichols, and played lacrosse at UMass Amherst, has established herself as one of the region’s most influential leaders—not to mention one of its most honest and impactful voices. From the prosecution of petty crimes to the bail system, she has been on the leading edge of criminal justice reform from the start. Now, Rollins is entering a new office: United States attorney for the District of Massachusetts. After a contentious appointment, during which U.S. Senators Ted Cruz and Tom Cotton vowed to block her confirmation and Vice President Kamala Harris cast a tiebreaking vote, Rollins is on the job and willing to talk about everything from the U.S. Supreme Court to binge-worthy TV shows and crimes of fashion.

You’re the eldest of five kids. Are you a typical eldest child?

One hundred percent. Very bossy. I know better than all of my siblings what they need.

Did you always want to go into law?

No, no. In fact, my senior year in college, I was all set to become an Outward Bound instructor in Florida for at-risk youth. I did Hurricane Island Outward Bound School when I was 15, and it was really impactful. I wanted to give back and was ready to do that, and then my mom bumped into a friend of hers who was working in the admissions office at Northeastern University School of Law, and she said, “Rachael should go to law school.” She had known me since I was a child. I took the LSAT and applied to one law school, and the rest, I guess, is history.

If you had carte blanche, what’s the first thing you’d do to reform the criminal justice system?

That’s a great question. I think bail would absolutely be one of the things that we’d need to talk about, and I would want members of law enforcement sitting at the table with me when I made that decision. Members of the criminal defense bar would have to be there, the judiciary, probation, and there would have to be people that have been deeply impacted by bail. The concern with it is that indigent people are detained not because they are violent, serious offenders and were found “dangerous” by a judge after a hearing, but rather because they are poor. If they can’t come up with the $500 bail the court sets, they are detained and go to a house of corrections. People think if there’s no bail, then everyone’s out. But there are other ways to hold people.

Is the bail system part of systemic racism in this country?

Bail is, actually, more wealth-based than race-based, but yes. The criminal legal system, many people believe, is funded on the backs of poor people. When we look at poverty, there are significant overlaps with communities of color. In Europe, they have day fines, which are penalties defined as a percentage of annual income, so it hits everyone the same. If there’s a wealthy socialite and another person living paycheck-to-paycheck, and it’s a $1,000 fine for both people, that could uproot the financial situation of the person living paycheck-to-paycheck, where as the socialite could say, ‘Do you want that in $100 bills?’ We should always be looking to see what other systems are doing, not just in the United States of America, but globally.

Has the Supreme Court been politicized?

I think people only ask that because President Trump appointed so many justices. But historically, I’ve always been really impressed with the United States Supreme Court. When people assumed that they would take a certain position based on their political affiliation, they’ve been proven wrong in certain circumstances. I think what’s happened in the past few years is that people, no matter where they fall on the political spectrum, now fully understand how important United States senators are, what our Congress does, and how important the United States Supreme Court is. And I’m a Democrat, but our governor is a Republican, and Governor Baker is responsible for having the most diversity on the Massachusetts Supreme Judicial Court in the history of the commonwealth. So we can never assume things about people based on their political affiliations. I try very hard not to do that.

Should Supreme Court seats be for life?

It’s interesting to think about Supreme Court justices. The federal judges are appointed for life, whereas our state Supreme Judicial Court justices and judges are required to retire at age 70. What you don’t want, hypothetically, is some judge who’s like Weekend at Bernie’s, or 118 years old. But I don’t know the answer to that. I could definitely see strong arguments on both sides.

As a society, are we in a place where justice is delivered impartially?

I don’t think so, actually. I think justice needs to be ever-evolving, the way so many other things in our society are. I think the criminal legal system is operating, unfortunately, the way it has for decades and decades, whereas every other industry has adapted appropriately to the times. There has been some really good movement, legislatively on the federal side, under President Trump, some large changes, but I don’t believe justice is blind. And maybe we need to open our eyes a little bit to see some of the disparities, in terms of wealth, race, etc.

Do you watch Law & Order?

Of course. Not religiously, but if I stop and it’s on, I will watch. I watch all of them.

To Kill a Mockingbird. I mean, My Cousin Vinny is a great movie to sort of teach people about courtroom etiquette in a very funny way. And I don’t know whether you’d call it a courtroom drama, but I think The Wire is one of the best shows that has ever been put together. 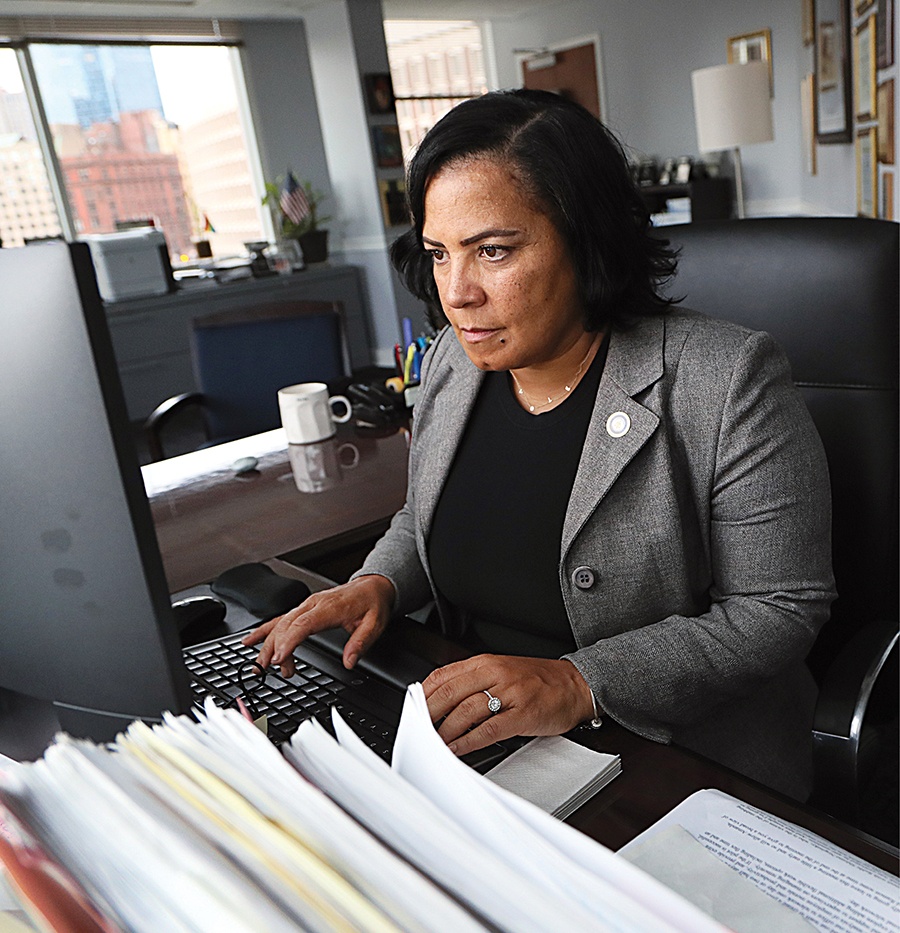 How do you think the criminal justice system can be changed to stop unfairly targeting the BIPOC population?

I think what we aren’t doing well as law enforcement is explaining what we are doing and why we are doing it. One of the things I’d like to do as the U.S. attorney, for example, is after making sweeping arrests for individuals who are trafficking fentanyl, firearms, or even humans, to go back into that community a few days later and explain what happened. We arrested 57 people, but there were 18 overdoses in the past three weeks in your community. We’ve had needles at local schools, which children have picked up or punctured themselves with. We need to communicate to these communities: You deserve to be just like Wellesley, Waban, Winchester, or Weston. You deserve to be able to go out and check your mail without being afraid of getting shot, or attacked; to let your kids go out and ride a bike on the street, or have a barbecue in your backyard.

What’s the worst miscarriage of justice that you’ve ever witnessed?

So there have been a couple cases that I thought were miscarriages of justice that I worked really hard to remedy when I was the district attorney. The Arnie King case, for one. When we saw things that were wrong, we made sure we worked as hard as we could to make them right. But I do think it’s important for you to hear that we found unconstitutional, unethical, or criminal behavior in a little less than 10 percent of the cases that were brought to our attention—meaning that in 90 percent of the cases, when we looked, law enforcement had actually gotten it right. People can be unhappy with the sentences that they received or think they might have gotten an unfair deal. But I was very candid that I would always meet with the defendant and their defense counsel. And I would always meet with victims; what victims and survivors say matters. Ultimately, I made that decision. But I had to meet with both sides. Whereas the criminal defense bar only meets with their clients. So it’s very, very complicated, hard work.

How do you stay grounded?

That’s hard to do. I have amazing people in my life that love me very much: my parents; my partner, Russell; my children. I have an 18-year-old daughter, [and I’m raising] my 12-year-old niece and eight-year-old niece. The people who think I’m cocky or that I have an inflated sense of self have never seen my children speak to me. They can tell me in an instant that I’m a buffoon. But I also do try to unplug. I think with this new job, it’s a little bit different. Although there are not as many cases, everything here is incredibly complicated. When I’m done and I go home, I try to really deliberately spend time with my family.

What do you do for fun?

Well, I’m a track mom. My daughter runs and she’s a hurdler and she just signed to Syracuse University and is going to be running in the Atlantic Coast Conference next year. So pre-COVID, I was spending a lot of my time traveling around the country for her track meets. And, as I said, I’m the guardian to my nieces, so I’m usually chauffeuring around little children. We went to an ice-skating party this weekend. I also love, love, love watching amazing shows. I just started Ozark, season four. Nothing makes me happier than putting on a weighted blanket—I’m not joking—and turning the television on and watching it for hours at a time.

What’s one thing that most people would be really surprised to learn about you?

I would say that some of the closest relationships I have are with members of law enforcement.

Are women more fair-minded than men?

My experience has been that women in leadership roles often have to mediate and negotiate and multitask a bit more. There are men that also have to do that. But as a mother, there are things that I’m responsible for that many of the men in the meetings I go to aren’t, like childcare, and medical forms, and camp, and after-school activities. Generally speaking, I have seen some of those responsibilities fall more often at the feet of one group, as opposed to the other.

There’s a photo of me from high school with horrible bangs and a dye job that I did. I looked like the lead singer of the Cure, my pants pegged and twisted so hard that I almost lost all feeling in my feet. That is, I think, a fashion crime. But I was charged with a misdemeanor when I was 19, and I received a summons in the mail. It was summarily dismissed.

What would you say if you came face to face with either Tom Cotton or Ted Cruz, who held up your confirmation in the Senate?

I would probably just say “Hi” and extend my hand. “I’m Rachael Rollins. I’m the U.S. attorney for the District of Massachusetts. How are you?” 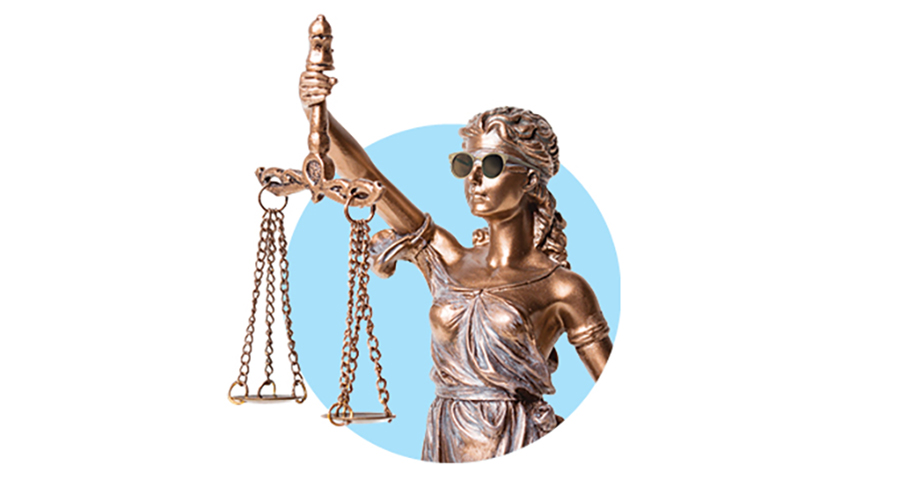 Many U.S. attorneys in Mass. have gone on to high-profile jobs (and some electoral losses) after leaving the post.

Percentage of the vote former U.S. Attorney Mike Sullivan, known as “Maximum Mike” for the sentences he often sought, got in the Republican primary for the Senate seat Ed Markey ultimately won.

Number of times former U.S. Attorney Bill Weld has both served as governor and run unsuccessfully for president.

Number of months Robert Mueller spent as acting U.S. attorney for Massachusetts before going on to a long career running the FBI, and serving as special counsel investigating Russian interference in the 2016 elections.