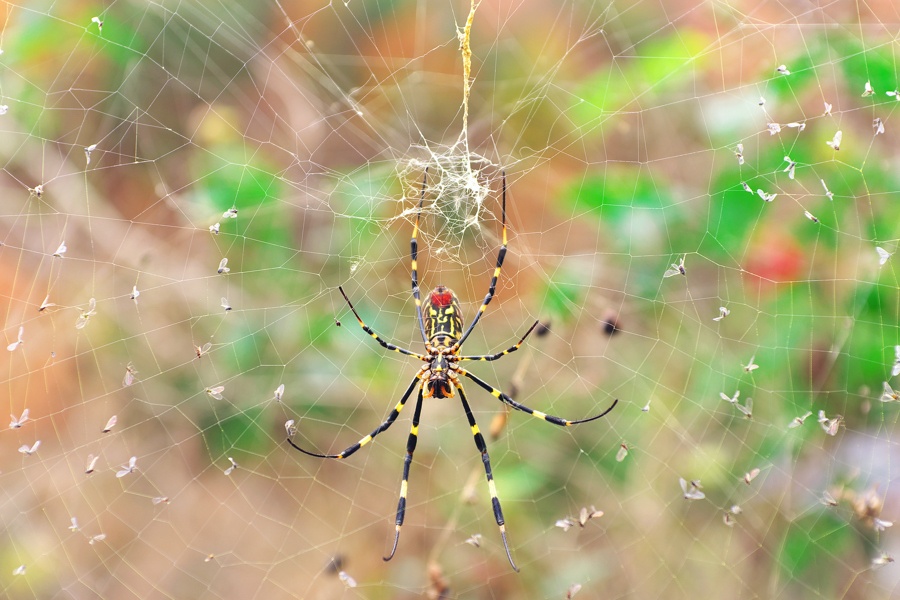 Don’t worry about it, honestly, it’s fine, but there is news about a new type of big spider (we are told, according to the experts, that it is the size of a human palm) that is on its way up here.

The big spider is called the joro spider, and it’s an invasive species that appears to be—no big deal, really—spreading rapidly in the American southeast and it is, we are told, just a matter of time before it arrives in New England. And yes, that could include Boston, Andy Davis, one of the authors of the study, told the Boston Globe.

Hailing from Japan, this species of huge, fat bug with long legs, a black-and-yellow color scheme and sinister attributes like the ability to fly through the air on its web preys on other bugs and not, as its appearance would suggest, babies and small animals.

It does not mind the cold.

The palm-sized joro spider — a harmless arachnid found in the southeastern U.S. — may soon colonize the East Coast after scientists reported that they had a higher chance of surviving a brief freeze.https://t.co/qyPe6Iu9Re

It has fangs, of course, but the literature suggests they’re too small to actually sink into your neck while you’re sleeping, even if it really wanted to (which the literature suggests it does not, because you’re big and it’s only big in comparison to its more reasonably sized peers, so is thus afraid of people and avoids them generally speaking). “People should try to learn to live with them,” Georgia scientist Andy Davis has said. In fact, when they get here, try cornering one and giving it a pat on the head!

You should also be mellow and cool about it for the most part because it will apparently take some time for this inevitable invasion to take place as its brood slowly travels up the coast. The spiders’ tendrils and web parachutes can only take them so far, so fast. That is, unless they happen to hitch a ride in a car or in someone’s luggage between now and then. Unless they’re hiding in your backpack AT THIS VERY MOMENT.