Timekeeping can, after all, be whatever we want it to be. 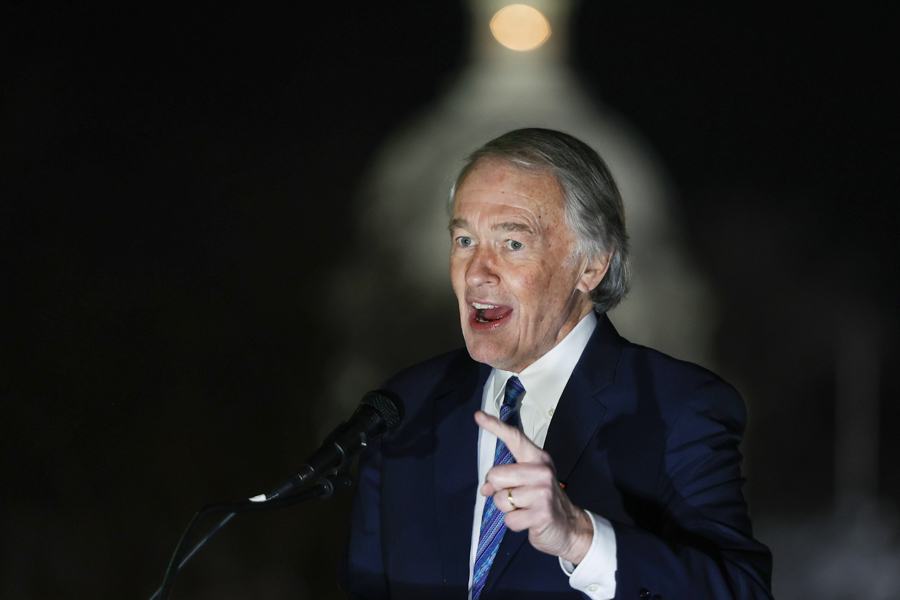 A unanimous vote! Can you believe it?

Daylight Saving Time may just be on the glide path to becoming a permanent reality, after the U.S. Senate voted—again, unanimously!—in favor of keeping the clocks rolled exactly where they are year-round.

Perhaps no one is more pleased about this outcome than one Senator Ed Markey, who has long been on the bright side of history on this issue and, in the immortal words of Katrina & the Waves, is, well, take it away, Ed:

Here in Massachusetts we have tried, and thus far failed, to mount an effective battle against the rising sun, but state lawmakers have struggled to wrap their heads around how shaking things up on Daylight Saving Time would work if our neighbors didn’t go along and the Commonwealth was forced to go rogue. So it seems the only path forward may be a nationwide shift.

Maybe we need this now more than ever. You could, if you think about it, see a future in which additional sunlight at the end of the draws people back into downtown Boston, for example. So, there’s that. Blah blah blah.

But I think maybe we’re not thinking hard enough about the true time-based revolution available to us if only we can think a little harder—a little bigger about our relationship with the sun in a free-thinking, enterprising society. This is all made up anyway; we can do what we want!

What if, and hear me out here, we do away with these outdated concepts of time—mornings, evenings, the 9-to-5—altogether? With the swipe of a pen, we could easily switch to the military calendar and simply put the entire planet on the exact same clock once and for all. Instead of blindly adhering to the time zones handed to us from our elected officials, let people make their own decisions about when it’s quitting time! Oh, you live in the time zone formerly known as EST? Guess what, you work from oh-five-hundred hours to fourteen-hundred hours now. You live in Perth, Australia? You’re on the 18:00-3:00 shift now. Live a little further east? Roll it back to 17:40-2:40.

If the sun is setting a little too early for your liking, nothing but hubris and tradition is standing in your way should you choose to rectify the situation.

We could embrace the exciting new opportunities technology presents to us. How about we launch a new sun into the atmosphere like China did(n’t have the courage to actually do)?

Why are we stopping at daylight savings?! Ban 6am. Make it always Friday. Go nuts.

If all else fails, why not legalize hibernation? Let’s just agree to henceforth take the colder months off in perpetuity. Then no one has to spend a single breakfast or dinner in the dark ever again, because we will all, by custom, be asleep.

But let’s not gum up the works. Barring all those better options, keeping Daylight Saving Time in the way that Ed Markey has long desired is a decent compromise.

Now if you’ll excuse me, I’ll be spinning this playlist until the sun sets at… when does it set again??

If you’re happy that the Senate passed the Sunshine Protection Act today, then you might enjoy my playlist. https://t.co/fggETKjmmx