Hope You Weren’t Trying to Fly Through Logan This Weekend

Flights through the airport experienced major delays over the last couple of days. 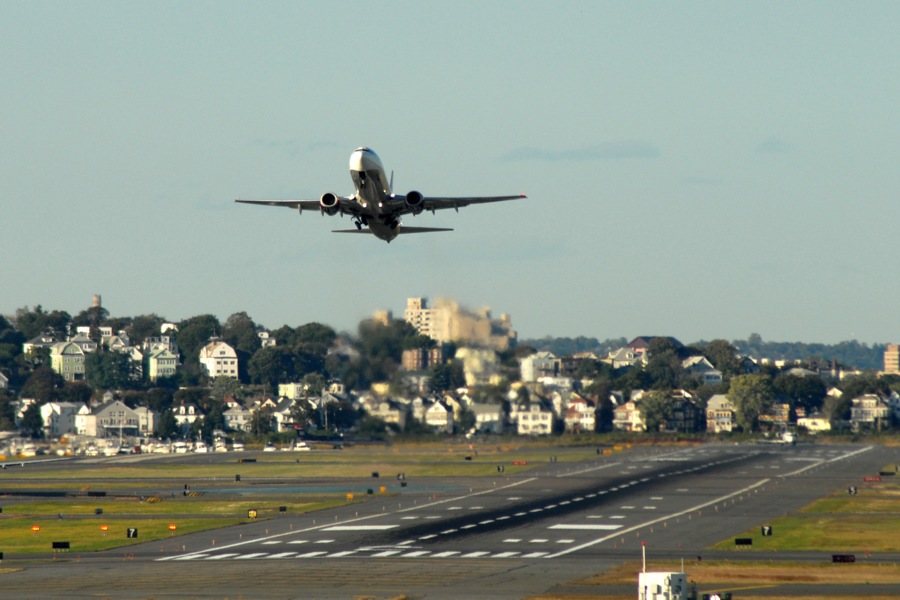 It’s the last thing you want to see when it’s finally time to get out of Boston on vacation—or, for that matter, when you’ve had your fill of sunnier climes and need to get home: the dreaded flight delay. But that’s exactly what swarms of travelers were faced with over the last couple of days, amid a series of backups at Logan Airport.

While several airlines reported issues nationwide, Logan appears to have been hit especially hard, and many of those Boston flights were on JetBlue, a popular carrier at the airport, which was buffeted by disruptions Sunday and Monday. Delays and cancelations were also reported by the Spirit, Alaska, and Frontier airlines.

The reports are the stuff of airline nightmares. Per an analysis from our friends at Boston.com, some 111 JetBlue flights coming into or out of Logan were delayed by Sunday night, and 74 were canceled altogether. Ticket-holders interviewed by local TV news reporters sound, naturally, pretty stressed out.

Speaking w/ fliers at Logan Airport it’s clear they’re frustrated. Airlines across the US had canceled flights all weekend, but here at Logan today JetBlue seems to be most impacted. Two people I talked to said Boston was just their connection but they became stuck here for days pic.twitter.com/dkroYv4oIF

Trouble appears to have continued Monday, with the Globe reporting as many as 25 percent of flights were delayed by mid-afternoon.

Who do we blame for this ongoing snafu? The airline says we can direct our ire at crummy weather down south, and that it may take a few days for all the kinks to get worked out.

“After the past several days of severe weather in the southeast impacted airlines with thousands of flights cancelled across the industry, we are focused on safely resuming our flight schedule. We have made good progress in ramping up operations and repositioning crewmembers and aircraft that had been forced out of position due to the weather and significant air traffic delay programs. It is normal for it to take a few days to fully recover when these situations so significantly impact our operations. We apologize to our customers for the inconvenience and we are working to keep them updated and get them on their way as quickly as possible,” the company said in a statement.

More misery this morning for @JetBlue customers flying in and out of Logan. 38 of the 50 flights cancelled in/out of Logan this morning are JetBlue #WCVB pic.twitter.com/5RaweHNTly

It’s not spectacular timing for JetBlue, which just this week is rolling out a new flight route between Boston and the U.K. An announcement with details is slated for Tuesday morning.

And of course, if your flight happens to be on the way to New York City and you don’t mind a significantly pricier (albeit much more exciting) airborne experience, you can always opt to fly via seaplane, as the Boston Harbor-based service Tailwind Air launched its harbor-to-harbor service for the season last month.