Elite Runners to Watch at the 2022 Boston Marathon

Rumor has it this will be the most competitive field in the marathon's history. 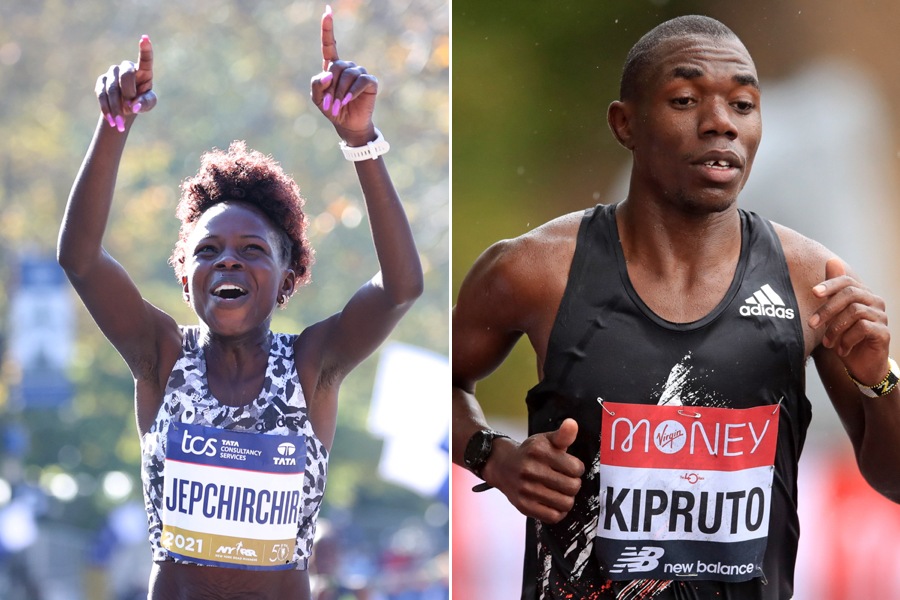 The Marathon is back, folks! As in, fully back on schedule on the traditional Marathon Monday in April, just like you remember it. And to mark the grand return to normalcy, organizers at the Boston Athletic Association say they’re hosting “the fastest and most decorated field in race history” for 2022.

From the looks of the track records the runners are bringing, it’s hard to argue with them. When the race kicks off on Monday, April 18, spectators will get a front-row seat to a slew of Olympians, world-record breakers, some local names you might recognize, and, yes, some former Marathon champions, both in Boston and in cities around the world.

Sadly, three standouts will not be participating this year. On the men’s side, Ethiopian Kenenisa Bekele, who has come within two seconds of beating the world-record marathon time, announced he was pulling out on April 5, with just two weeks to go before his first Boston marathon. Titus Ekiru, a champion in the Milan and Honolulu marathons who is also from Kenya, has dropped out as well. And women’s elite runner Sara Hall, an American who holds the third-fastest marathon time in US women’s history, and recently set the American record for the half-marathon, has announced she, too, will be skipping the race.

Still, there are plenty of long-distance stars in the elite lineup for the 126th Marathon. Here’s what you should know as you follow along about this year’s top talent:

Home country: Kenya
Best time: 2:17:16
What to know: Jepchirchir appears to be the favorite this year. Her appearance in Boston for the first time comes on the (very fast) heels of her gold medal-winning performance at the 2020 Olympics, and her first-place finish at the New York City Marathon just a few months ago.

Home country: Kenya
Best time: 2:17:43
What to know: If her performance in London is any indicator, she’s also one to watch. She finished in 2:17:43, the fastest time of any woman in the world. She also won the New York City Marathon in 2019.

Home country: Ethiopia
Best time: 2:17:58
What to know: She’s about to run her first Boston marathon, but she’s no stranger to long-distance victories, having finished first in Amsterdam in 2019.

Home country: USA
Best time: 2:22:38
What to know: Michigander Des Linden captured Boston’s attention back in 2018 when she pulled off a victory at a notably rainy and dreary Boston Marathon, the first American woman to do so since 1985. Can she do it again this year?

Home country: USA
Best time: 2:24:42
What to know: Want a hometown hero (sort of?) to cheer for? Seidel is the one to watch. The native Wisconsinite, who lived in the Boston area for a few years after signing a deal with Saucony, won the bronze at the Olympics this year and is ready to do her onetime hometown proud at her first-ever Boston Marathon.

Home country: USA
Best time: 2:27:12
What to know: If you’re rooting for the USA this year, Rojas is a decent bet: The Coloradan (who followed in the footsteps of her dad, who was an all-Ivy runner at Harvard) was the top American finisher last year, when she came in sixth overall.

Home country: UK
Best time: 2:23:26
What to know: The celebrated British runner is heading across the pond to her first Marathon in Boston this year. Her tenth-place finish in London back in October was nothing to sneeze at: Her time at that race made her the third-fastest marathoner in her country’s history.

Home country: Kenya
Best time: 2:05:15
What to know: Kipruto is hands-down the men’s runner to watch very closely this year. After all, he did finish first in Boston just a short six months ago, a big leap from his 10th place finish in 2019.

Home country: Kenya
Best time: 2:03:04
What to know: Cherono also knows his way around Boylston Street. He already has a Boston Marathon first place finish under his belt. He won in 2019, the same year he finished first in Chicago.

Home country: Ethiopia
Best time: 2:04:33
What to know: Berhanu claimed the title in Boston in 2016, and after recovering from a series of injuries, he’s been trying to get it back. He came close in October, when he finished second.

Home country: Kenya
Best time: 2:05:23
What to know: For a while, Kamworor was the fastest half-marathoner of all time, holding the world record for that race for a year between 2019 and 2020. He’s got the legs for full marathons, too: He’s won the New York City Marathon twice.

Home country: Kenya
Best time: 2:08:03
What to know: He did it in the Big Apple. Can he do it here? Korir finished first at the New York City Marathon last fall and is hoping for a repeat just six months later right here.

Home country: USA
Best time: 2:09:38
What to know: He’s fast. He’s competitive. And he’s local! Bennie is from Princeton, and he made Wachusett Regional High proud last year when finished as the top American runner in the 2021 Boston Marathon. He also recently told us all about his favorite place to run in Boston, in case you want to train like a champion.

Home country: USA
Best time: 2:11:18
What to know: You may remember Albertson if you watched the race last year. He was the one way, way out in front of the elite men’s pack for most of the race in 2021. But as we all know, you have to win all 26.2 to finish first—and ultimately, he finished tenth. Let’s see what the Californian’s got this time around.