If You Want to Take a Swim in the Charles River, They Can’t Stop You on June 18 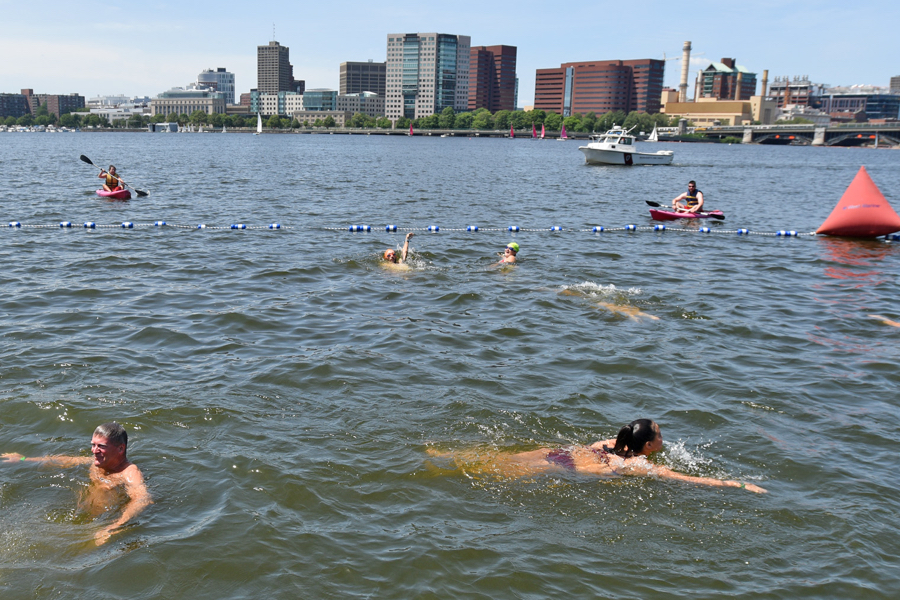 Look, I get it. There’s a big, beautiful body of water with a million-dollar view of two great American cities, and it’s right there: Steps from the Harborwalk and the Esplanade, twinkling in the summer sunlight, and viewable from hundreds of vantage points in both Boston and Cambridge. And you can’t, legally speaking, (and, for various safety reasons due in part to all the amateur sailing that goes on most days, shouldn’t) swim in it.

Eventually the various options available to you for enjoying the Charles River—be it sailing over it, jogging past it, gazing across it from the Red Line—aren’t enough to satiate you. You’ve had your fill of the various middling beaches in and around Boston you can enjoy, curiosity gets the better of you, and you just have to get in there.

Well now, for the first time in a half-decade, you can go ahead and do that, with the full backing of the Commonwealth.

For many years doing such a thing was off-limits 365 days a year. For 50 years, in fact, the Charles River had an anti-being-in-it policy due to poor water quality. A clean-up effort that began in force in the ’90s has since made significant strides in improving things there. And all joking aside for a quick second here, it’s a pretty remarkable achievement that after years of neglect and misuse, the river is safe to occasionally swim in.

The traditional soaking in what the Boston Globe once called “the city’s biggest tea-colored swimming pool” is not my particular cup of river water. But if it’s yours, you can find your fellow Charles swimmers at the Fiedler Field Dock on June 18, and if you want to do the mile-long swim, register in advance here.