When It Comes to Going Topless at the Beach, Nantucket Says Yes to the Breast

A push to let all people go bare-chested if they choose to was surprisingly non-controversial. 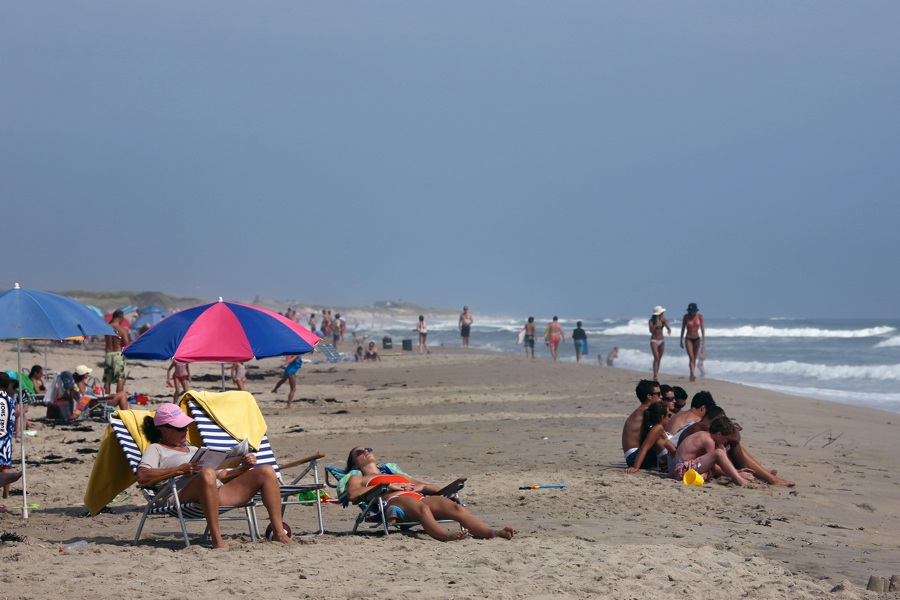 When word first started getting around last year about a push to legalize toplessness on Nantucket beaches, you could be forgiven for thinking it might be a big deal.

After all, in a state with an often deeply prudish outlook on what people ought to be allowed to do in polite society—and in an elite enclave like Nantucket, no less—it would be very much in character for there to be widespread outrage over the idea of beachgoers letting it all hang out in public.

But very early on, that’s not how it went. Shortly after a local sex educator named Dorothy Stover launched her campaign on the grounds that women ought to have as much freedom to remove their tops as men, she was met with support from some surprising corners, including unanimous backing of the local Finance Committee and a resounding meh from the Chamber of Commerce.

The issue finally got an official airing at Nantucket’s Town Meeting this week. And despite opposition from some who thought the idea of letting people sunbathe topless was indecent or otherwise unwise (said one 63-year-old Town Meeting member: “I fear Nantucket is losing all its charm”), the Nantucketers who saw this as a landmark for women’s rights, or whose opinion could be best described as sure, fine, no big deal, won the day. In the end, they voted 327-242 to pass the local pro-toplessness ordinance—not a blowout by any means, but a decisive victory all the same. (Just to clarify, it would still be illegal to be fully naked, as the ordinance still requires that bottoms be worn in public).

This story isn’t over just yet, and you shouldn’t automatically expect to be able to go blouseless come beach season. In order to become law, the ordinance will still need sign-off from the Attorney General’s Office, a process that can take a few months.

If it does, we may just see similar pushes to allow toplessness in other locales play out across the Commonwealth. The debate might get a little thornier from there. It’s possible people might be a bit more squeamish about a laissez-faire attitude on nudity in, say, Boston Common than they are about people sunning themselves in the sands of Nantucket.

Or maybe not! The fact that the first shot across the bow on this issue played out so relatively non-controversially—not with a major hubbub but with a giant shrug—suggests that activists for gender equity on this issue might have an easier time freeing the nipple in Massachusetts than many may have thought.