How the Celtics Could Beat the Bucks Thanks to… Godsmack

Is a fortuitously timed Godsmack concert in Wisconsin divine intervention??? 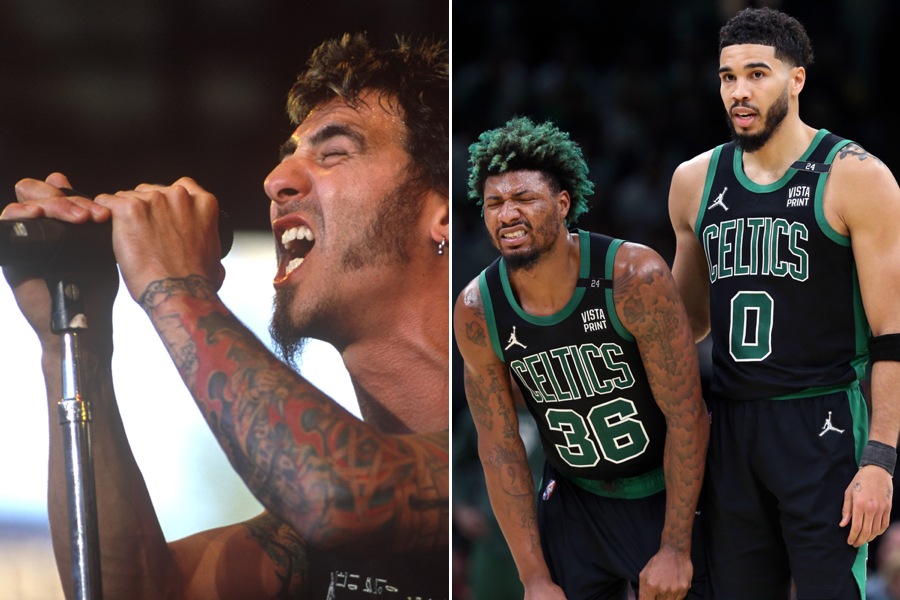 Could it be divine intervention? A case of the Boston sports and music gods smiling upon the Celtics?

That’s what some fans have chosen to believe this week, in the wake of a coincidence that will see one group of local legends offer a timely assist to another in Milwaukee.

We are talking, folks, about the intertwined fates of both the Boston Celtics and Massachusetts’ own Godsmack.

In case you didn’t know (and how could you not?) the Celtics are currently duking it out in the Conference Semifinals with the Milwaukee Bucks. The first two games of the series have come and gone, and right now the C’s and Bucks are 1-1. And all eyes in Celtics Nation are on Marcus Smart, whose quad injury in Game 2 has left it uncertain whether he’ll be able to suit up for Game 3.

So what does any of this have to do with Lawrence-based nu metal icons Godsmack?

The beloved local band behind such hits as “I Stand Alone” and “Cryin’ Like A Bitch!!” is set to headline HOG Fest at the Milwaukee’s Fiserv Arena on Friday night—thus booking the very same arena where the C’s and Bucks will face off for the next two games of the series.

Which means that the gap between games is longer than it would be otherwise. And that, Celtics fans have reasoned, means that Smart has additional time to let his quad injury heal, thereby increasing the chance that the star guard will join his teammates on the parquet, and that the C’s will fight their way to the title.

Whether Smart plays on Saturday, this extra break notwithstanding, is still “not certain,” per president of basketball operations Brad Stevens.

But fans are still holding out hope that the 2001 Billboard Rock Artist of the Year Award-winning band’s presence in Milwaukee will provide exactly the boost he needs.

“Thank you Godsmack,” one fan wrote on the Celtics Reddit page on Thursday, laying out this miraculous twist of fate. “They know what they are doing,” wrote another.

Boston has always embraced the fellas in Godsmack as their own. We did, after all, officially designate August 6 as “Godsmack Day” in Boston in 2014. At the time, Mayor Marty Walsh heralded the band as “international ambassadors for the city.”

So if this all works out, I propose we recognize May 6 as “Godsmack Day II.”