Red Bull's international competition is swinging through the Seaport in June. 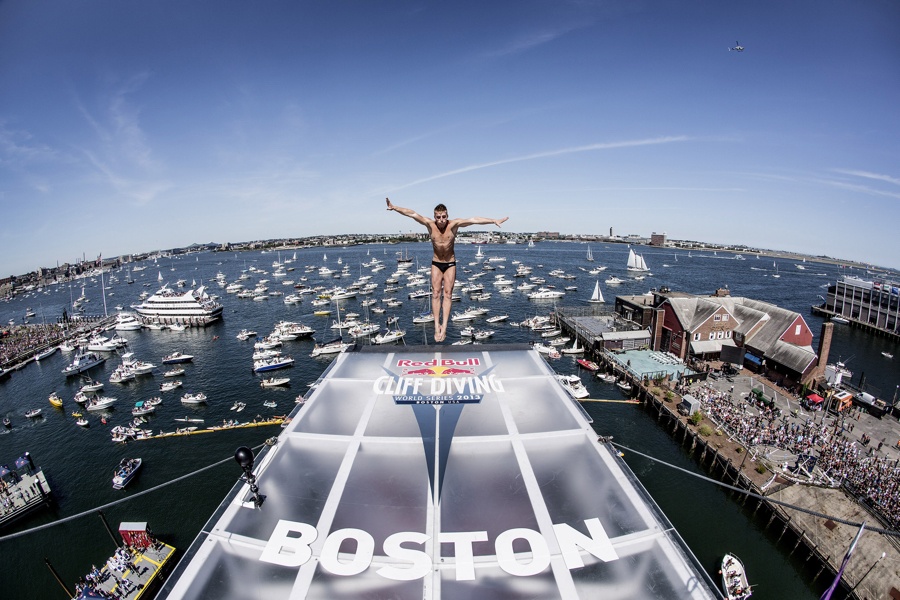 Normally, the vast majority of Bostonians would not choose to take a dip in the frigid waters that surround this great city (but then again, what do I know!), much less from a platform 90 feet in the air.

But that is exactly what competitors around the world will be coming here to do this summer, when the Red Bull Cliff Diving World Series returns to the city on Saturday, June 4.

The competition, one of eight held in cities around the world, will see 12 men and 12 women twirl, twist, flip, and plunge from the roof of the Institute of Contemporary Art. It really is quite the sight—all these athletes soaring through the air with the Seaport skyline as a backdrop, hitting the waters below at speeds reaching 53 miles per hour after about a three second free fall.

And we have the pictures to prove it! 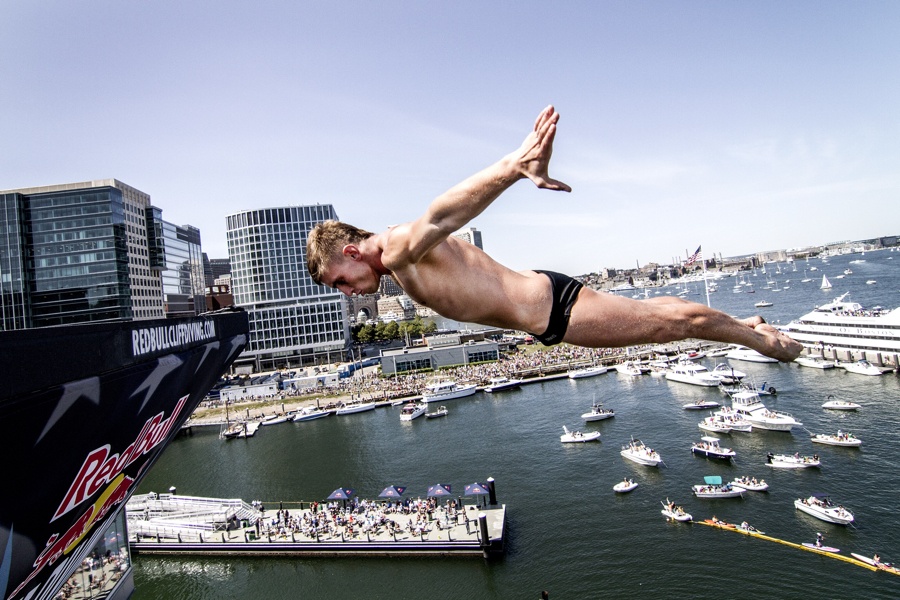 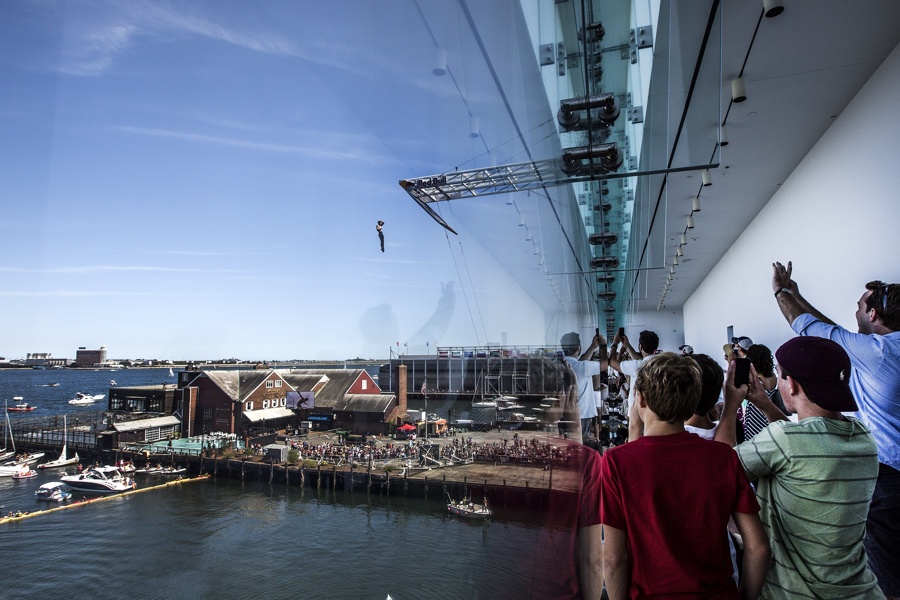 This will not be our first mid-air rodeo. This same competition last swung through town in 2013, when thousands of spectators gathered, on land and in boats, to watch the action.

Like last time, if you want to get an up-close look at the action, you’ll have to get tickets, which are free but have to be booked ahead of time. (It looks like tickets have sold out for now, so if you want a glimpse of the action you’ll have to find a viewing area somewhere nearby. You might want to consider making a reservation at one of the nearby restaurants overlooking the water, or parking a boat out in Boston Harbor).

The Boston event will be the first leg of the World Series for the year, and will be the only one held in North America. Five American divers will be taking flight: Michigander Ellie Smart is on the official roster, and she will be joined by four wildcard divers from the U.S.: Genevieve Bradley, of Hawaii; Meili Carpenter, of Colorado; Andy Jones, of Alaska; and David Colturi, of Michigan.

Red Bull has been responsible for bringing feats of aquatic and aerial bravery to Boston’s shores before. You may recall the Flugtag competition held here in 2016, when competitors piloted flying devices of varying levels of flightworthiness off a platform into the Charles River.

But this particular leaping contest is a bit more—let’s say—elegant than that one.

As for how the divers feel about landing in Boston Harbor as opposed to, say, the pristine waters of the Mediterranean, one diver put it this way when we spoke with him a few years back: “Thankfully we are not in the water for very long.”