Things are always plenty interesting at the Sound Bites Cafe, that's for sure. 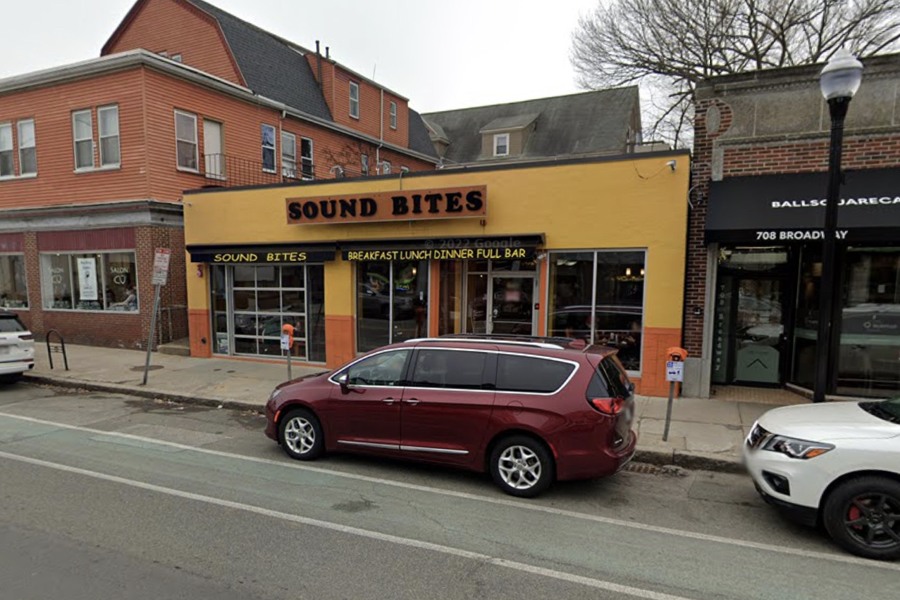 Accusations, recriminations, hash browns, and trouble on Breakfast Boulevard: Such is life, once again, in one of the city’s most notoriously acrimonious brunch joints.

The popular Sound Bites Cafe has made headlines recently amid reports that owner Yasser Mirza illegally threatened an employee, and then some. The allegations, which he denies (and which a judge criticized for lacking evidence), are as intense as they are bizarre.

The story, as described in UniversalHub this week, is that an employee of Mirza’s named Fabian Zuleta accused him of withholding overtime pay over several years, which triggered an investigation from the U.S. Department of Labor, and enraged Mirza. According to a lawsuit the federal government filed on Friday that requests a restraining order, Mirza allegedly retaliated against the employee, up to and including threatening to have him assassinated. The suit, as UniversalHub reports, alleges Mirza told the Zuleta he “had a relative who was a ‘killer’ and suggested that it was possible to pay people to harm or kill Zuleta’s family members.” The suit goes on from there to say that Zuleta began getting mysterious phone calls from people identifying themselves as police officers and urging him to “get rid of the case.”

In court, Mirza’s lawyer Brian Rogal cast doubt on that salacious tale, said none of it was true, and made the case that there was no evidence to support it. A judge denied the request for a restraining order on Monday, and a new hearing is set for May 24.

In a phone interview, Rogal says Mirza felt blindsided by the accusations. “There’s just not a basis for any of these allegations, and there wasn’t any retaliation,” Rogal says. “The Department of Labor came up with a bunch of allegations on a Friday afternoon with no evidence to support them. Sound Bites is a small restaurant, and they shouldn’t have to defend against this in particular when we’ve been cooperating with the investigators all along.”

If the name of the popular brunch spot or its proprietor sound familiar, and not simply because you’ve enjoyed a delicious helping of hash browns or Jimmy’s Moroccan Eggs over the years, it may be because Sound Bites Cafe is one part of the vicious rivalry in Somerville’s Ball Square, known among locals as the Breakfast Wars.

As a refresher, we reported in depth in 2016 on the bitter feud between Sound Bites and neighboring Ball Square Cafe, whose tense standoff dates back to 2007, when Mirza moved his restaurant next door, enraging former landlord Mike Moccia, who opted to open a breakfast joint of his own.

What followed was a feud so caustic (and depending on your taste in such things, entertaining) that it caught the attention of local and national media, including a Travel Channel TV show. Things have at times taken nasty turns, like when the two men came to blows outside the restaurant, in a fistfight that sent Mirza to the hospital. The feud has also involved more nonviolent acts of sabotage and subterfuge, with both sides allegedly deploying such tactics as irritating car alarms, malicious calls to health inspectors and parking enforcement officers, and publicly aired accusations of corruption that go all the way to City Hall.

This latest skirmish does not involve Mirza’s neighbor, but it is the latest chapter in a culinary corner of the city that has long punched above its weight in intrigue.

So what exactly is going on right now? I guess we’ll have to wait for the court to sort that out.