Yeah, Maybe the MBTA Needs Some Help from the Feds

Couldn't hurt to have an extra set of eyes on...all this. 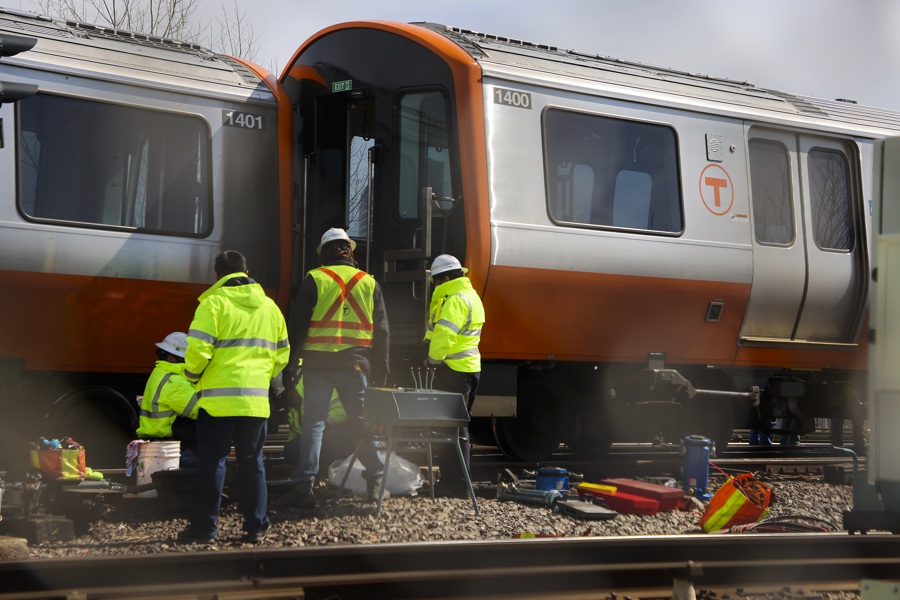 It’s the transit news heard around Boston and beyond: The feds have heard enough, and are launching an investigation into safety protocols at the MBTA.

This marks only the second time the Federal Transit Authority has done such a thing in a decade, and the revelation comes in the wake of a series of dangerous mishaps on the T, among them several derailments, the hellish escalator incident we all remember, and the fatal Red Line door malfunction just a few weeks ago.

Although this is all just now coming to light thanks to reporting in the Globe, the FTA informed the T of its plans to take on an “increased safety oversight role” and begin its safety inspection in mid-April. The T tells the paper in a statement that it has increased its safety staff in recent years, and that it “fully supports” the FTA’s probe.

Look, freak accidents happen. And on the whole, the vast, vast majority of T riders make it from A to B without coming to any grave physical harm. However! It’s pretty jarring to take in all the assorted incidents in the recent past all at once.

Most recent was the case of Robinson Lalin, the man who was dragged to his death at Broadway Station in April after getting his arm caught in a Red Line train door that the National Transportation Safety Board found was not functioning properly. Earlier, there as a Green Line crash in July that injured dozens of passengers, a Commuter Rail crash in Wilmington that killed a woman in her car after apparent “human error” involving a crossing gate, and the horrific incident on a Back Bay Station escalator that left commuters bloodied and tumbling on top of one another. And there was the case of BU professor David K. Jones, who fell to his death on a set of rusted-out metal stairs near JFK Station that had been fenced off, but sat there unrepaired for more than a year.

This, along with a steady drumbeat of derailments and other catastrophes on the T, certainly suggests to a very important constituency—people who rely on the T every day—that something is wrong.

And let’s remember, the T is still working to get ridership back up to pre-pandemic levels. If you’re trying to convince more people to get back onto trains and buses, maybe moving these issues a little higher up the food chain is a good idea.

This newly revealed investigation comes just a few years after another outside review in 2019, conducted by a panel that included a former FTA administrator, put things pretty bluntly, finding that “safety is not the priority at the T.” Now that the FTA is getting more directly involved, it may have more to offer than a report or some harsh words. The only other time it launched an investigation like this, in Washington, D.C., it ended up installing itself as an overseer of that city’s transit system for more than three years.

As MBTA Advisory Board Executive Director Brian Kane put it in an interview with the Globe this week, a move to audit the T in this way “is receivership in all but name.” And, he says, “Maybe that’s what the T needs.”