No one's allowed to have fun anymore. 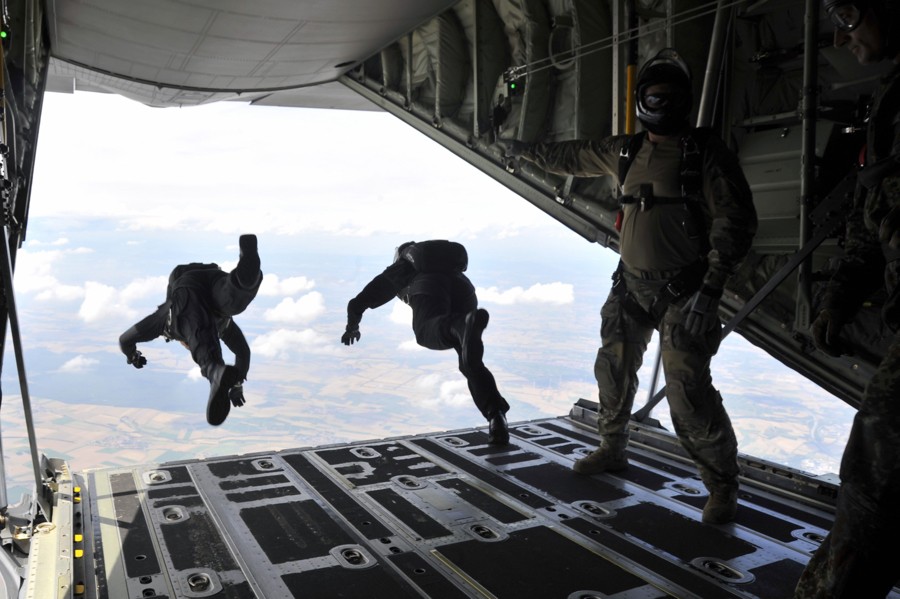 Word travels fast on Martha’s Vineyard. So when a humongous and noisy Air Force WC-130 Super Hercules—a beast of a plane so big and powerful it’s known as a “Hurricane Hunter” due to its ability to fly directly into powerful storms—briefly and mysteriously landed at Martha’s Vineyard Airport back in March, it quickly became the talk of the island. Adding to the intrigue, spectators who saw the unusual sight reported watching as something was hastily loaded into its cargo hold, which several spectators could have sworn was a vintage motorcycle, and the hulking aircraft ascended back into the sky.

Reporters at the Martha’s Vineyard Times have been on the case ever since.

Well, now the mystery of what exactly transpired that spring day has officially been solved: The crew of the U.S. Air Force Reserve’s 53rd Weather Reconnaissance Squadron out of Mississippi were carrying out a fun little detour to retrieve a really cool 50-year-old hog: A 1970 BMW R75/5.

We know this because the Air Force has announced that it was appalled at this little side quest and was disciplining the air crew members responsible for it. They have not been identified. “This personal stop was an abuse of government assets,” Col. Stuart M. Rubio said, per the Times. “We hold our reservists to the highest standards of conduct, and these actions are not tolerated.”

The bike in question, for your reference, looks like this:

You might be asking yourself: Was this really a good idea, or a productive use of Air Force resources? And to that I would say: Yeah, sure! Who cares!

Are sports stadium flyovers, which are costly stunts yet are fully embraced by both the government and tax-paying public, really as far as our imagination can take us when it comes to using military equipment just for fun? Have we as a nation lost our taste for the great American caper, the act of high-flying intrigue, the goofy misadventure?

And all this, just in time for the soon-to-be-released reboot of Top Gun, which will no doubt make the Air Force (well, technically, the Navy) look all badass and cool?