In yet another cool thing happening on the water this summer, keep your eyes peeled for a "water cannon display." 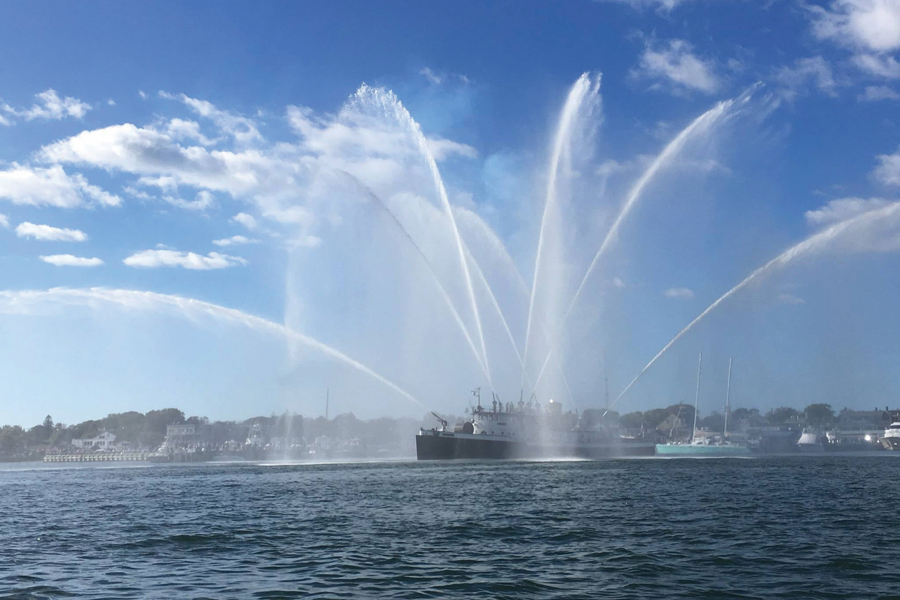 Now that summer has (unofficially) arrived, the calendar of cool stuff to do outdoors in Boston is suddenly packed. That is certainly the case on the Harbor, where party boat and island ferry season is now in full force, the ICA Watershed is open, and a cliff diving competition in the Seaport is just around the corner.

And now, we have learned, there will be yet more aquatic spectacles to behold in the coming days. On Monday, June 6, be sure to turn your eyes to the Harbor, where you’ll see a massive and historic fire boat spraying water into the air for a so-called “water cannon display.”

The action begins sometime after 10 a.m., when the boat is slated to be the backdrop of a National Fire Protection Association ceremony at the Moakley Courthouse before steering out into the Harbor letting ‘er rip (we’re told this will happen sometime around 10:20 a.m. and continue for about 20 minutes). The NFPA is celebrating its 125th anniversary and holding its annual conference in Boston June 6-9, and a firefighting company called Telgian is sponsoring the boat’s appearance.

Before it was decommissioned in 2010, the Fire Fighter spent 72 years on the front lines of all manner of fire-related calamities in New York, most famously during the three weeks after 9/11, when it supplied water to emergency crews amid the devastation around the World Trade Center. It’s been dubbed America’s Fireboat and is, per the museum, the single-most awarded boat in firefighting history.

It’s still a beast, capable of pumping some 20,000 gallons of water a minute and, according to the museum, still in the same fighting shape it was in all those years ago. 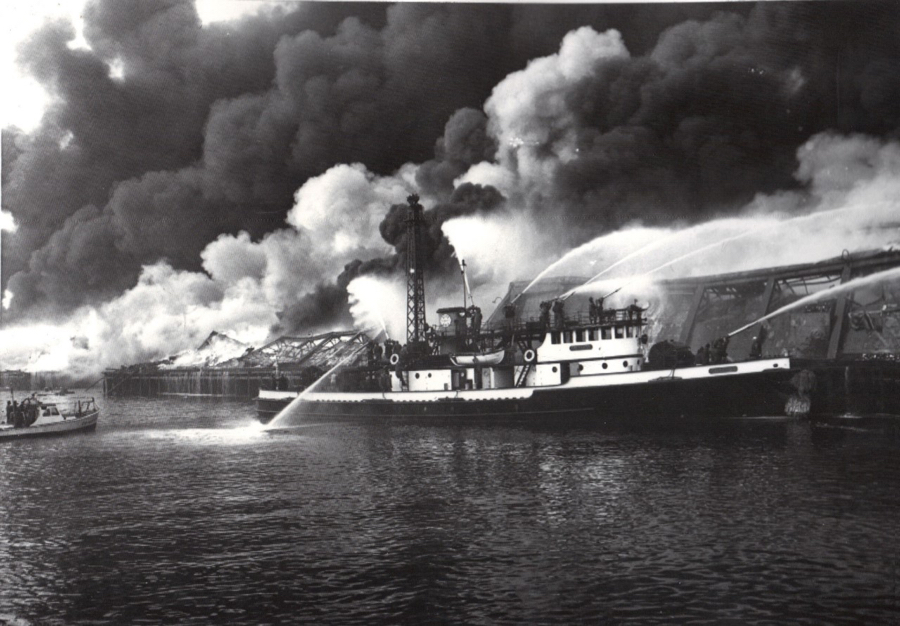 “Fire Fighter is the most award-decorated fireboat in the world and a true embodiment of the commitment and sacrifice of firefighters and fire protection professionals across the nation,” Telgian president and CEO James Tomes says in a statement. Tomes serves on The Fireboat Fire Fighter Museum Board of Directors. “The opportunity to show off the legendary power of the Fire Fighter through its water display in the Boston Harbor will help grow visibility for this historic vessel and also raise awareness for the preservation of this truly unique piece of American maritime history.”

After it comes out with a bang on Monday, the Fire Fighter will dock near Moakley and will be open to visitors for tours. Tickets are $10 and can be purchased here. Watch the video below for a preview of what the boat does.

FireFighter_2019_Update_v12 from Colin Goldberg on Vimeo.