A Swedish art collective has brought a series of extremely detailed rodent-friendly art installations to our streets. 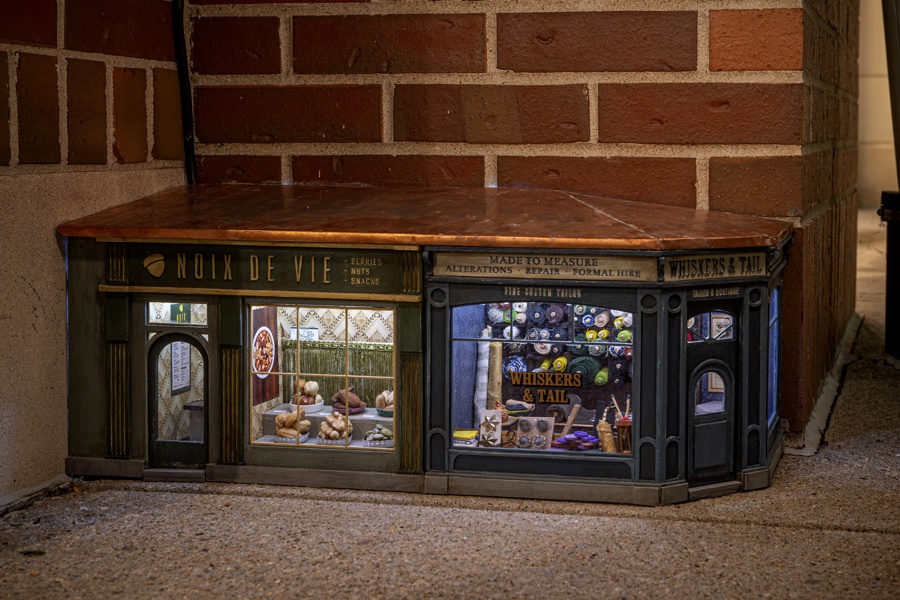 As tensions between human- and mouse-kind mount around here, there is no shortage of aggressive tactics available to us in the Boston area for putting rodents in their place. We fight back with poison and traps both humane and otherwise in our apartments. We call upon city officials to chase their little rat asses away from neighborhoods where their ranks have been growing in recent years. We ensnare them in cutting-edge electrocution chambers, using the latest in zapping technology to get the upper hand. The only time we have been able to join forces, the particulars involved drafting genetically altered rat super-soldiers into an interspecies battle against ticks.

But what if relations between our species and theirs wasn’t quite so hostile? What if, instead of attacking our miniature furry foes, we allowed rodent culture to flourish, and gave them the creature comforts they desire—boulangeries, art galleries, cute little antiquarian bookstores—so we can live together not only in times of war, but in peace?

Such is the fantasy, it seems, of a Swedish art collective called AnonyMouse that showed up unannounced in Boston this week and installed a series of shin-height, and thought-provoking, pieces of artwork on our sidewalks.

There are ten of them in total, at five locations around the Boston area, all of which are tiny yet incredibly detailed dioramas of  an imaginary mouse society, which the artists imagine would include such destinations as an alteration shop called Whiskers & Tail, a petite magazine store called The Mouzette, and, in case of emergencies, a Mousachusetts Fire Brigade. Each is illuminated with little battery powered lights, which really complete the illusion that mice are pleasantly out there minding their own business, and purchasing cheese by the milligram in little paper-wrapped bundles, instead of invading your kitchen and pilfering Cheez-Its from your pantry. 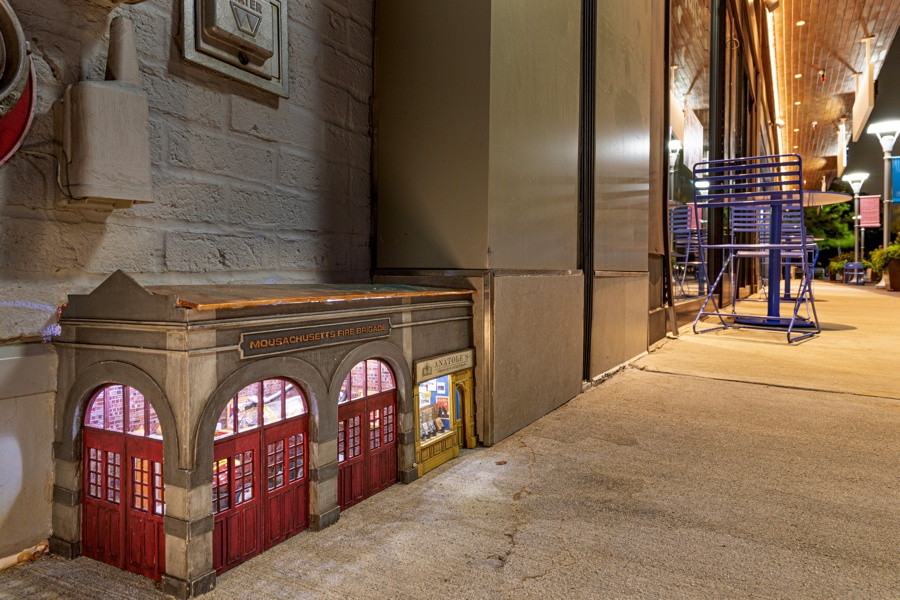 The first to catch Bostonians’ eyes was the aforementioned Mouzette, the neighbor of which is the Massachusetts Mouseum of Fine Art, which sprung up unannounced and without explanation earlier this week.

So what is this all about?

A member of the group, who asked not to be named so as to remain anony…mouse explains that the idea is to help us reconnect with our childhoods, and our streets. “In this project we like to imagine a world, slightly out of sight where small animals live quite like we do but recycle things that we have lost or thrown away,” the rat-presentative tells me via email. “It’s also a question about the public space. What we want to use it for and how we want it to look. The answer doesn’t have to be a restaurant for mice but that’s just for the moment. Maybe something else can come after. So in essence it’s about spreading a little bit of every day magic to people who happen to stumble upon them.”

The project has been underway for a while now, the source said, and involved artists traveling here from Sweden and taking measurements of various nooks and crannies in the Boston area before constructing each of the extremely detailed pieces and installing them this week. While they often do this without permission, taking a sort of adorable guerrilla artwork approach, this particular series was commissioned by the local developer WS Development.

This is not AnonyMouse’s first rodent-eo. The group has been erecting its miniature artworks around Sweden since 2016, and has built up a community of around 175,000 followers on Instagram. You may have stumbled across some of their more popular ideas along the way, such as a little music shop they built back home and named Ricotta Records.

As for where to find these things in Massachusetts, Anonymouse’s view is that the, uh, mouse-tery is half the fun. So they won’t say, but citizen journalists and professional ones have so far tracked them down in the Seaport, Lynnfield, and Chestnut Hill.

They also sent us some pictures that might help point you in the right direction. So, happy hunting. 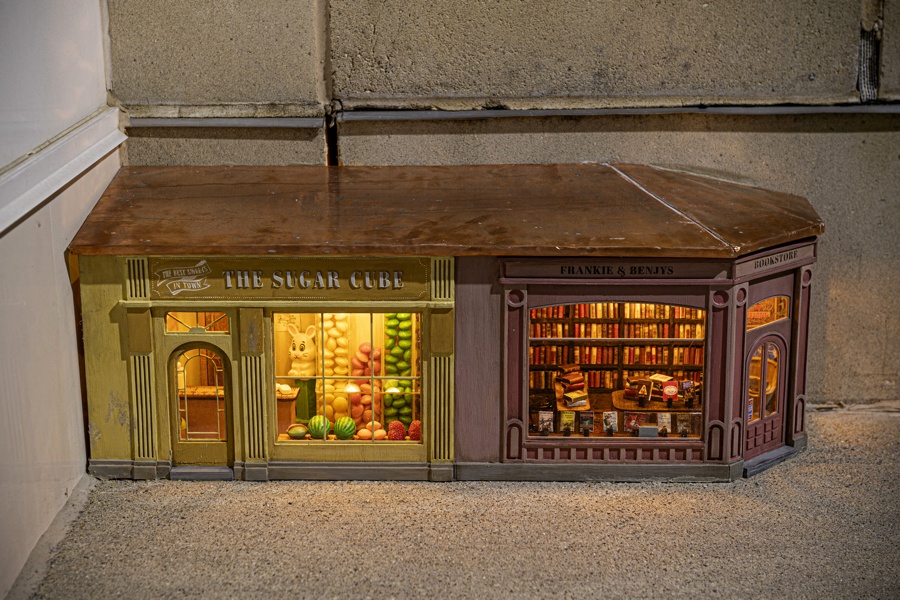 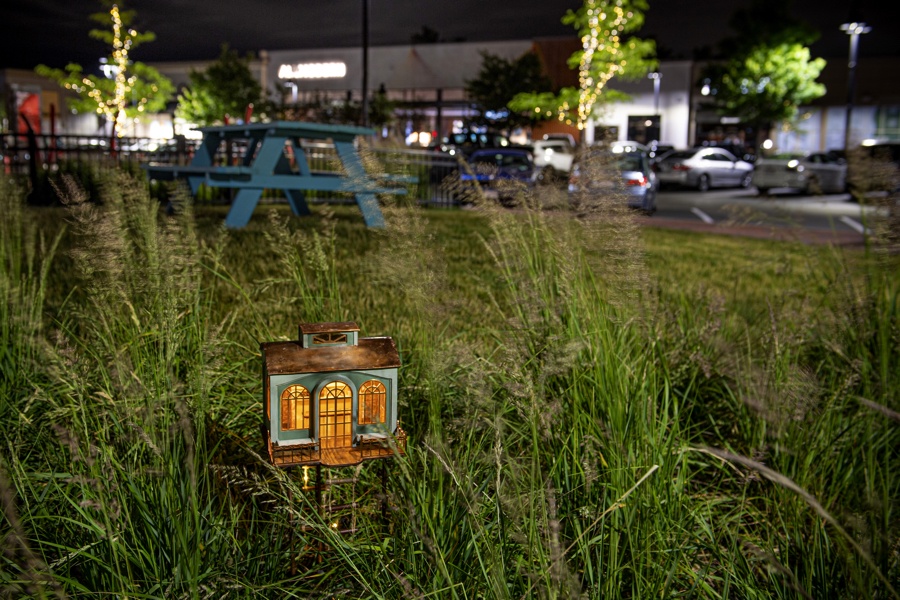 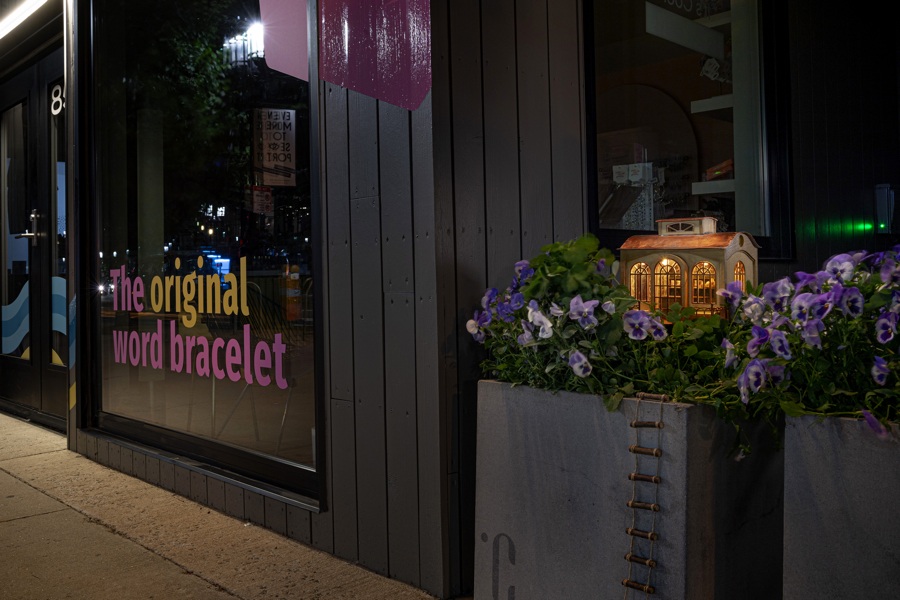 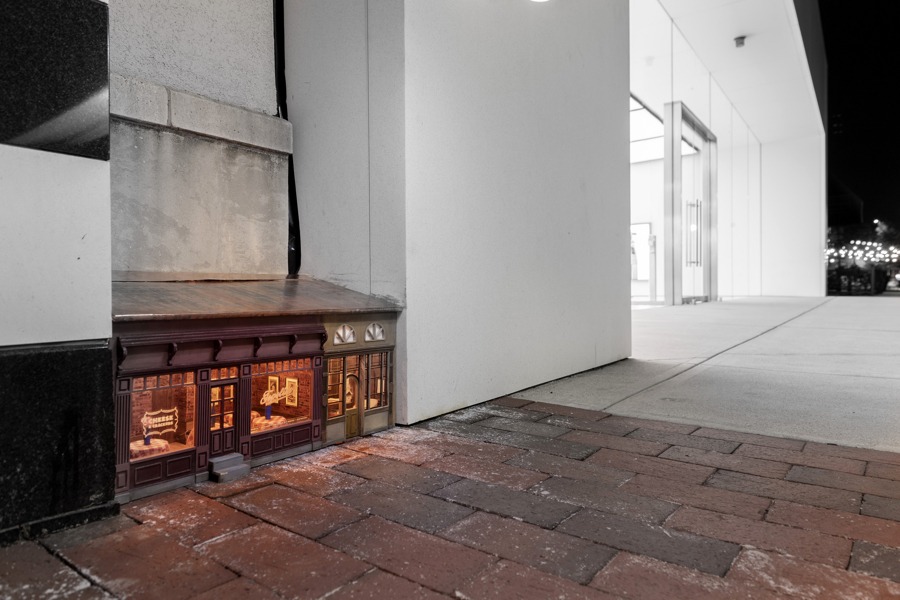