In Boston, Is It Polite To Wave at People You Don’t Know?

At least part of our aversion to ingratiating behavior can be attributed to regional identity. 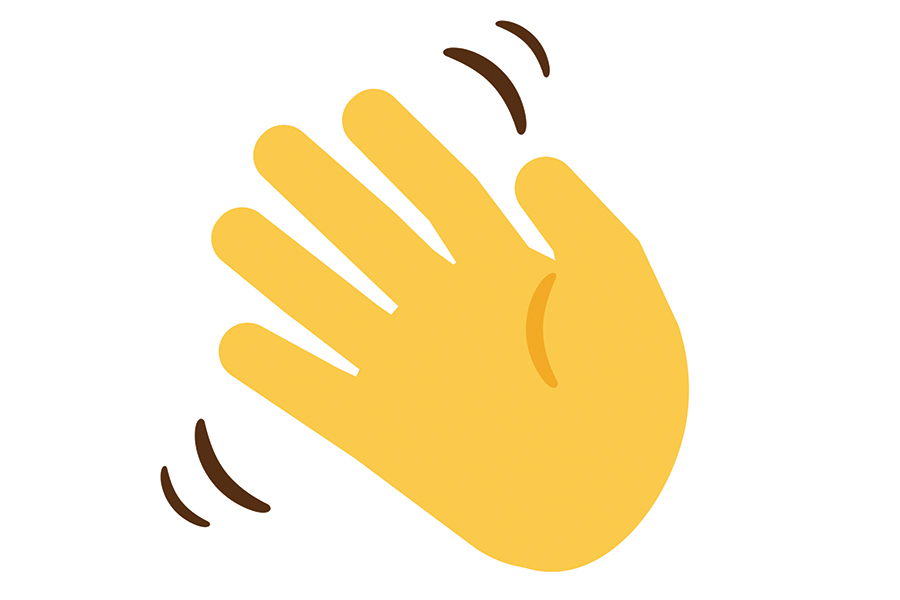 I just moved here from Tennessee, and I was curious: Is it polite to wave at people you don’t know if you’re walking around Boston? Or is it rude, since I’ve always heard people here would rather be left alone? —D.P., Brighton

I’m waving to you right now as I write this, D.P.! You see, I may have been born and raised in a brusque New England city, but my mom was an Iowa farmgirl in her earlier life—one who passed on to me that sunny midwestern urge to make lifelong friends with just one conversation on an elevator. So in her affable spirit, I’ll try to help you settle into this city that seems rarely grateful for ingratiating behavior.

At least part of this can be attributed to regional identity. In the book The Power of Strangers: The Benefits of Connecting in a Suspicious World, by my former Boston colleague Joe Keohane, Harvard professor Danielle Allen recalls growing up in southern California waving to everyone—it was actually expected behavior. But when she continued the practice upon arriving in the Northeast for college, everyone rejected her greetings. Over time, she deduced that the East Coast suffered from “fossilized boundaries of difference” in which our older communities here have become more rigid and set in stone over time than in younger Cali, especially when it comes to race and class. That’s an observation that certainly applies to our burg, with its long history of blueblood Brahmins and segregated neighborhoods.

But the truth is, I’ve traveled to 43 of our 50 states, and I don’t think I’m breaking news when I say that city people by and large don’t wave at one another like small-town folks do. I mean, with so many people walking up and down Boylston Street, it would seem strangely frantic to wave at everyone, yes? Still, if you’re keen to smile and throw up a hand every now and then, I can offer this simple piece of advice: Spend time getting to know your new neighborhood. In Keohane’s book, a social psychologist describes how she finally felt that she belonged once she and the local hot-dog vendor started exchanging waves. That resonated with me, because I remember moving to the North End in the early 1990s and finding a friendly face to be a formidable challenge at first. But after a few months, I was waving to my barber, the grandmothers in the windows, and the cigar smokers in the folding chairs outside their social club. I didn’t really know them as friends, but I knew them as my neighbors, and that’s when I knew I was home. And soon enough, you will, too.