This has to be one of the worst ones yet. 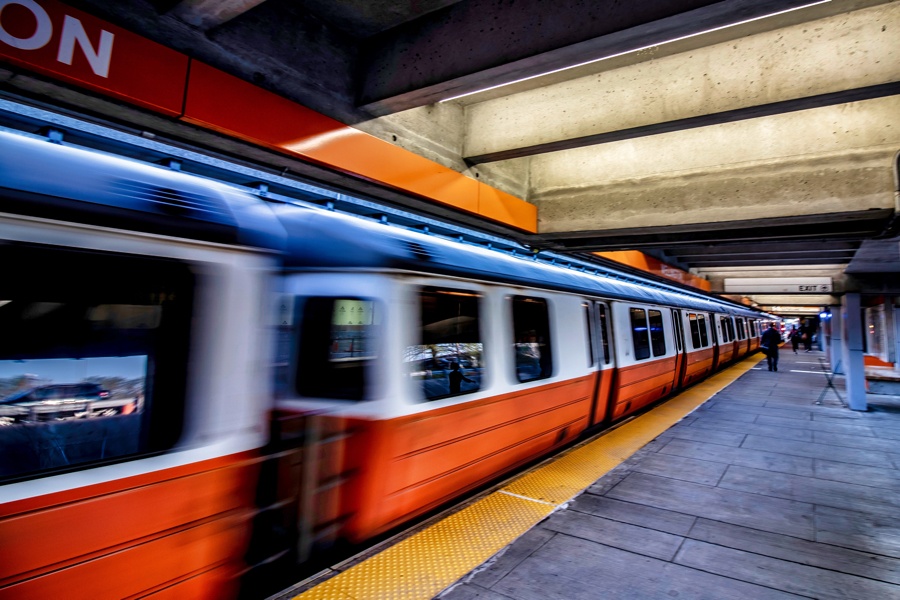 Photo by Alex Rodas via iStock/Getty

This time, the MBTA has really outdone itself.

A fiery eruption on the Orange Line in Somerville, which saw some 200 passengers flee a smoke-bathed train—and one person dive into the Mystic River—has led to some delays and plenty of frayed nerves Thursday, in just the latest calamity on the T to play out in front of our eyes.

So far, there are no reports of injuries in the early morning incident, which kicked off a little before 7 a.m. A woman who ended up in the water was, per authorities who talked to the Boston Globe, promptly given a life jacket and safely made it to shore. The burnt train has been towed back to Wellington. The cause is still under investigation, T representative Joe Pesaturo told the Globe, adding that “we’ll provide more information as it becomes available.

But the facts, and the visuals, are really something to behold. The blaze, for one, occurred on a bridge leading into the city between Wellington and Assembly, meaning the chaos was ramped up beyond the usual levels.

NEW: Video shows Orange Line riders jumping out of windows after a train car caught on fire over the Mystic River.

The MBTA says a person even jumped from the bridge into the water. They declined medical attention. pic.twitter.com/xTdSWFlP2L

New video shows a person in the water after an Orange Line train broke down and started smoking over the Mystic River.

Riders had to climb off the train on to the tracks and walk back to the station. Witnesses say one person even jumped into the water. pic.twitter.com/Gvimj7krf9

By mid-morning, riders were warned that shuttle buses would replace service between Oak Grove and Community College.

It’s almost as if, through escalating stakes and new heights of showmanship, the T is crying out for the attention it so desperately needs. Do service reductions, regular derailments, or the revelation of a crumbling support beam under the Government Center Garage not quite grab you enough?

.@MBTA evacuation on the #OrangeLine. Video courtesy of passenger Jennifer Thomas-Sullivan. People jumped out of windows onto the bridge. ⁦@wbznewsradio⁩ pic.twitter.com/XW4aPHro5l

How about a bridge inferno? A multi-cam view of passengers leaping out of windows into the arms of strangers? A commuter panicking and hurling herself into the Mystic River, making for a very rare MBTA-fire-slash-water rescue scenario?

Maybe that should do it.