Don’t Do It, Charlie: The Happy Hour Bill the Governor Shouldn’t Veto

It might really happen this time. Don't get in the way. 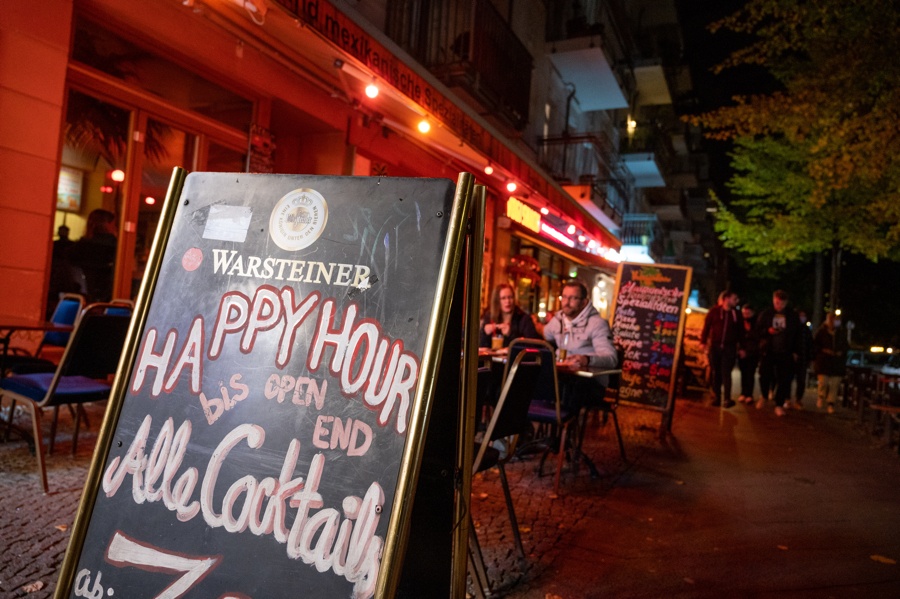 Have you spent years kvetching about the state’s iron-fisted rule against temporarily cheaper beers? Do you get jealous when friends in New York sing the praises of such luxuries as two-for-one drinks after work? Ever wanted your brunch mimosa to be bottomless?

Some good news: It looks like the state legislature might finally drop at least one tool in its buzzkill arsenal, and eliminate Massachusetts’ nearly 40-year-old happy hour ban for good. The Senate this week tacked a provision into the budget that would create a system in which cities and towns can opt in to the practice if they so choose. A good sign.

We have gotten our hopes up before. Last year an attempt to legalize happy hour via ballot question failed when its backers failed to collect enough signatures. Another crashed and burned when lawmakers opted to order “further study” on the issue, which, as the State House News Service put it, means it was “flushed down the drain.” And there are certainly obstacles ahead (what the House will do with the amendment, we do not yet know). But momentum has been building on this issue, and maybe, just maybe, this is our moment.

But the biggest, dare I say tallest, obstacle to this plan may just be Gov. Charlie Baker, who no matter what the legislature ultimately decides to do retains the right to veto it into oblivion if he so chooses. And if his past anti-happy hour bias is any indicator, that’s exactly what he will do. And as Axios points out, there isn’t enough time left this session for the legislature to override him even if they wanted to.

So here’s hoping he can get past his happy hour hang-ups.

Because the time for happy hour is now. While the initial bid to ban happy hours stemmed from fears about drunk driving, Massachusetts now has the lowest levels of drunk driving cases and severity in the nation, per a recent AAA study. Boston is especially well-prepared to avoid drunk driving incidents. It’s among the country’s most walkable cities, meaning people really don’t need to drive home from bars here, and Uber and Lyft offer alternatives to driving drunk that didn’t exist in the 1980s. There is a reason that the number one DUI-producing watering holes in Massachusetts are consistently not in Boston, but in country music-themed bars and grills in places such as Foxboro.

We also have the T, however imperfect. Were it not for the MBTA’s manifest failures, maybe the case for happy hour would be bulletproof. As happy hour supporter and State Sen. Julian Cyr put it recently, happy hour patrons can always take the T, “as long as it doesn’t burst into flames.” But for all the T’s very public struggles, that doesn’t happen that often.

So if other towns want to hold off, so be it, but there’s very little justification for a ban in Boston anymore.

Also, consider that drinking culture in Boston has clearly changed, and people are an awful lot more conscious about their drinking than they once were. Low-ABV beers and hard seltzers are all the rage here. Fancy cocktail lounges are promoting their menus of exquisite “mocktails” that contain no booze at all. It is not a law of nature that we as a city will overindulge the second happy hour hits. All the evidence points in the opposite direction.

So what about cheaper drinks is supposed to be so inherently threatening? Promotional discounts or no, bartenders in Massachusetts will always have the same responsibility not to over-serve (when a Dave & Buster’s in Braintree got dinged for handing out 27 drinks in an hour and a half, the issue at hand was not that the shots were too cheap).

If the common-sense come on already argument doesn’t win him over, maybe the economic ones will. For one, happy hour discourse in this city has revolved around making Boston less uncool, and thereby keeping young talent from fleeing Boston for more fun-loving locales. Boston has also been scrounging for strategies to reinvigorate the beleaguered downtown. What simpler way to get people to like this place, and encourage office workers to meet up after work, than to offer up the novelty of a slightly less expensive Moscow mule?

If the legislature does follow through on this latest happy hour push, and the governor does what I fear he will do, there is, of course, another way we as a state can pursue this particular happiness: wait for a different governor. If Maura Healey is in charge come January, as polls suggest she will be, could she be the executive who gets out of happy hour’s way? She has yet to stake out a position on the issue.

But if she would like to really lock down the after-work drinks contingent of the voting public, I know of one campaign promise she could make right now.