Up in the Air

A South End family makes use of a sprawling Tremont Street townhouse—all six floors of it. The living room, overlooking Tremont Street, features sofas by B & B Italia, a rug by the London-based designer Luke Irwin, a vintage Kalmar “Tulipan” chandelier, and, above the working fireplace, a work by the American artist Guy Pène du Bois. / Photograph by Bob O’Connor / Styling by Kara Butterfield

You could say the baby made them do it. Seven years ago, South Enders Hal and Jodi Hess were new parents looking for an excuse to get out of the house. They’d been happily occupying a two-bedroom apartment on Rutland Square when they started going to open houses with newborn daughter Emery tucked into her stroller, just, as Jodi says, “for the fun of it. And because we were maybe going a little stir-crazy.” One afternoon they ran into real estate agent John Neale, who told them about a triplex on Montgomery Park that had gone back on the market that very afternoon. Fortuitously, Neale told them, the buyer had defaulted on the contract. “We weren’t seriously looking at all,” Hal says. “But we met him over here and put an offer on it that night.”

There was more room for their growing family, yes: the bottom three floors of a six-floor townhouse. And it was impeccable. The previous owners, Jon and Matt Andersen-Miller—the architect–interior design duo behind the firm Andersen-Miller Architecture and Interiors—had purchased the entire townhouse in the mid-’90s before converting it into three units. The one for sale had been their carefully designed personal residence, the biggest of the three. But most appealing to the Hesses was the home’s potential for growth and access to the private park. Also appealing was the fact that there were two units above—the uppermost being a duplex—that might eventually go up for sale.

Which is exactly how things went. A few years later, the Hesses bought the flat directly above, at first using it as a place for guests to stay. A little while later, the top apartment became available, too. By then, the couple had a second daughter, Lila Jaymes, and a growing collection of art to display. Not wanting to miss the opportunity to expand, the Hesses purchased the third apartment and set about restoring the townhouse to a single-family residence. The only man for the job, as far as Jodi was concerned, was the original owner, Jon Andersen-Miller. “He just knew the house so well,” she says. “He knew how it had been.” Jodi Hess pours a cup of java in the kitchen, which the couple kept intact aside from new paint and flooring. The stained-glass cabinet doors were found at a salvage yard and installed by the previous owner, Jon Andersen-Miller. / Photograph by Bob O’Connor / Styling by Kara Butterfield

For Andersen-Miller, working on his previous home—essentially undoing the work he’d done—was both strange and entirely familiar. Over the course of a year, he reconnected the apartments, restoring the main staircase and removing a few walls and doorways to return it to a single-family dwelling. The middle apartment, for example, became the “girls’ suite,” made up of Emery and Lila’s shared bedroom plus a playroom and crafts area, where the original kitchen cabinetry serves as storage for the girls’ art supplies. Similarly small tweaks were made throughout the house: The basement became a TV and game room that the girls now use for hosting sleepovers; the lower-level bedroom, formerly the master suite, became the guest room; and the girls’ old bedroom became the study. The kitchen, meanwhile, got a paint job and new floors, but otherwise stayed intact. And the fifth level became the couple’s sprawling master suite, with a cozy but elegant bedroom, an office, and his-and-hers bathrooms.

Jodi took charge of the space’s interior design with help from her friend Bill Trifone, of Bill Trifone Interiors. “My mother is an amazing artist, and I guess art, fashion, and design is kind of my thing,” she says. Thankfully, Hal loves her taste, if not her online shopping habit. “He’ll tell you I’m always buying, adding to the house, and I guess I am,” she says. “My UPS guy recently brought me some packages and said, ‘I thought you were cutting back?’ I was like, ‘Have you been talking to Hal?’”

Six floors may seem like a lot of ground to cover day after day, but the tradeoff is the considerable wall and floor space it provides for the couple’s ever-evolving art collection. For most of their 10-year marriage, Jodi and Hal have been avid collectors of mostly contemporary works. Hal is an executive who also sits on the board of the ICA. “There’s really nothing I do that’s creative in my normal life,” he says. “I have such a high regard for people who are able to create like that.”

If any single floor could be considered the showpiece, it’s the sixth, which features (at least at the moment) most of the couple’s recent acquisitions, including a hand-stenciled painting by the conceptual artist Glenn Ligon and an American flag made of recovered bullets by the sculptor Dave Cole. Says Hal, “The aesthetics and the intellectual interaction art provides—it’s endlessly fascinating to us.” Indeed, the view from the top is worth the climb. In the dining room, a Restoration Hardware table and Ikea chairs complement the vintage chandelier. A portrait of Jodi by the street artist Shepard Fairey hangs above the fireplace in the kitchen sitting area. The Hesses’ daughter Emery in the girls’ playroom, which showcases a chandelier by Roost, custom pillows, and a coffee table found at Hudson. A work by New Zealand-born Clay Sinclair, who paints directly onto Plexiglas. The top floor is home to some of the couple’s favorite pieces, including works from Dave Cole, Glenn Ligon, and Jason Middlebrook. The sideboard is an antique Tibetan blanket chest. Photographs by William Eggleston hang in the living/dining room. Jodi models a Jason Wu dress in the mirrored bedroom closet while Hal looks on. In the master bedroom, a brass-and-marble desk lamp by Arteriors sits atop a dresser from Glam Furniture. 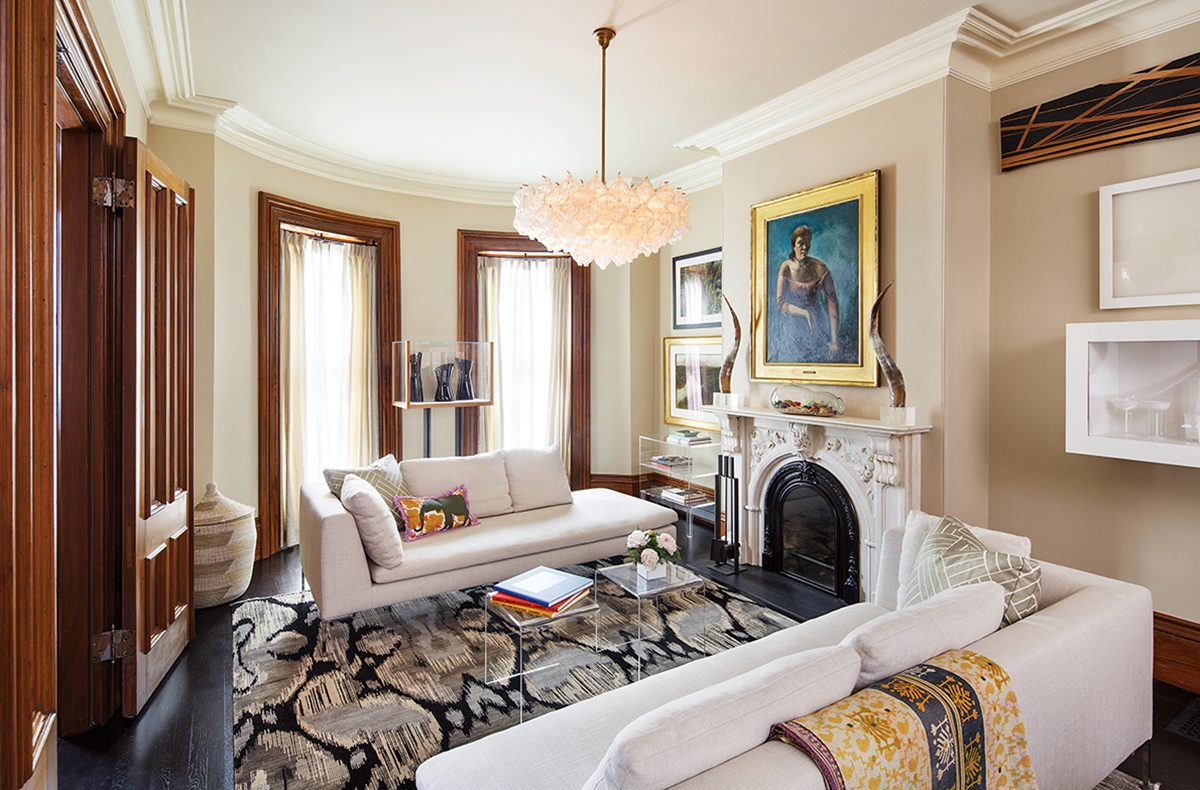 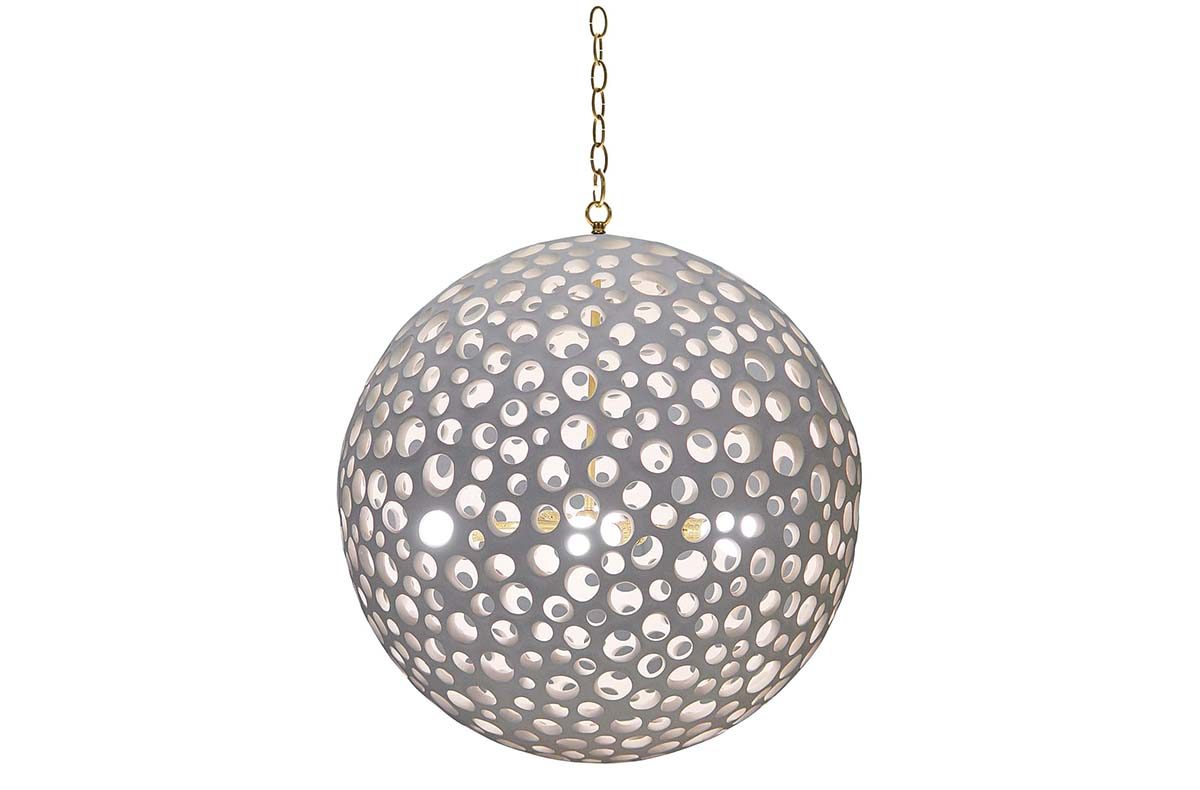 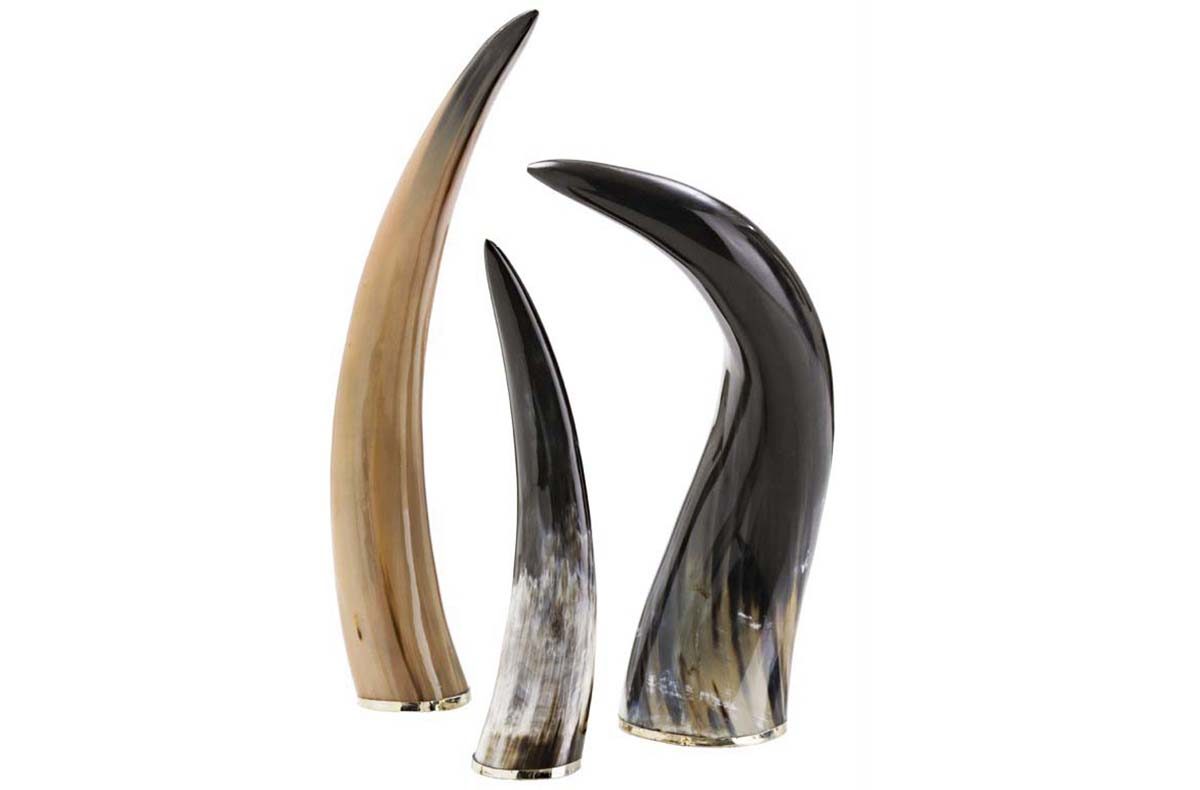 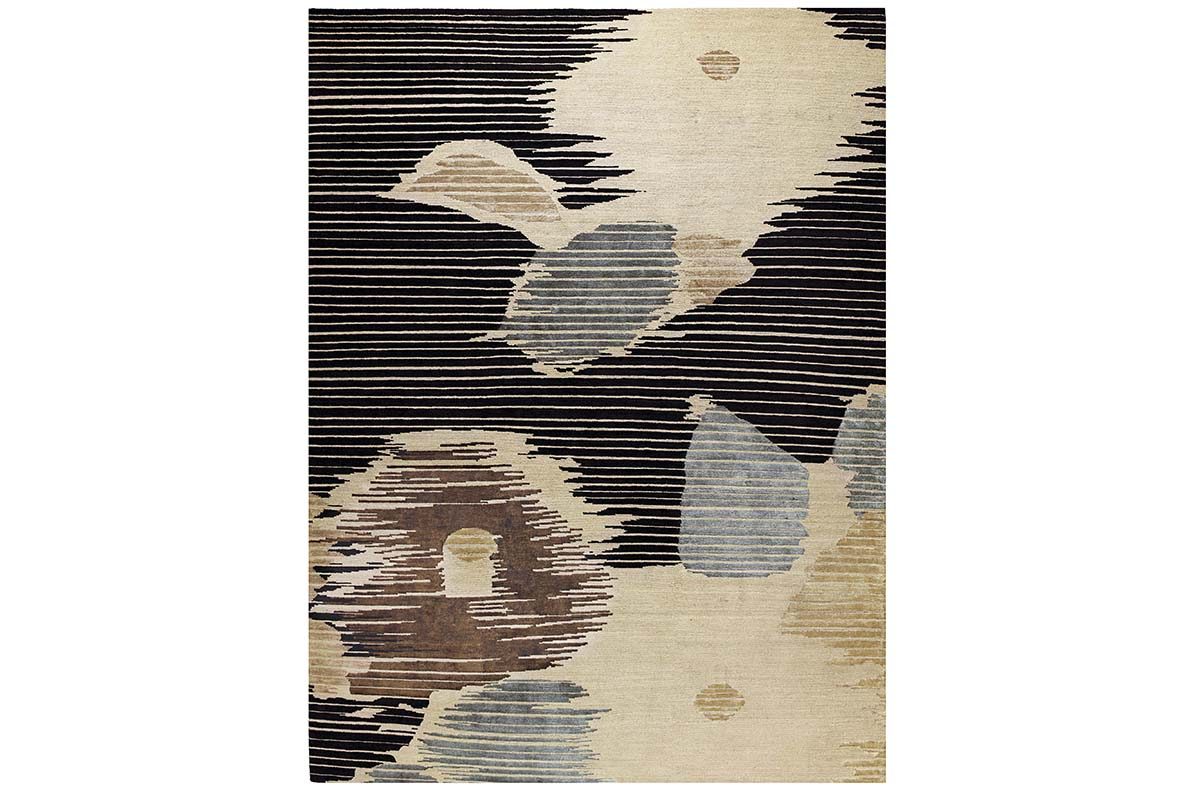 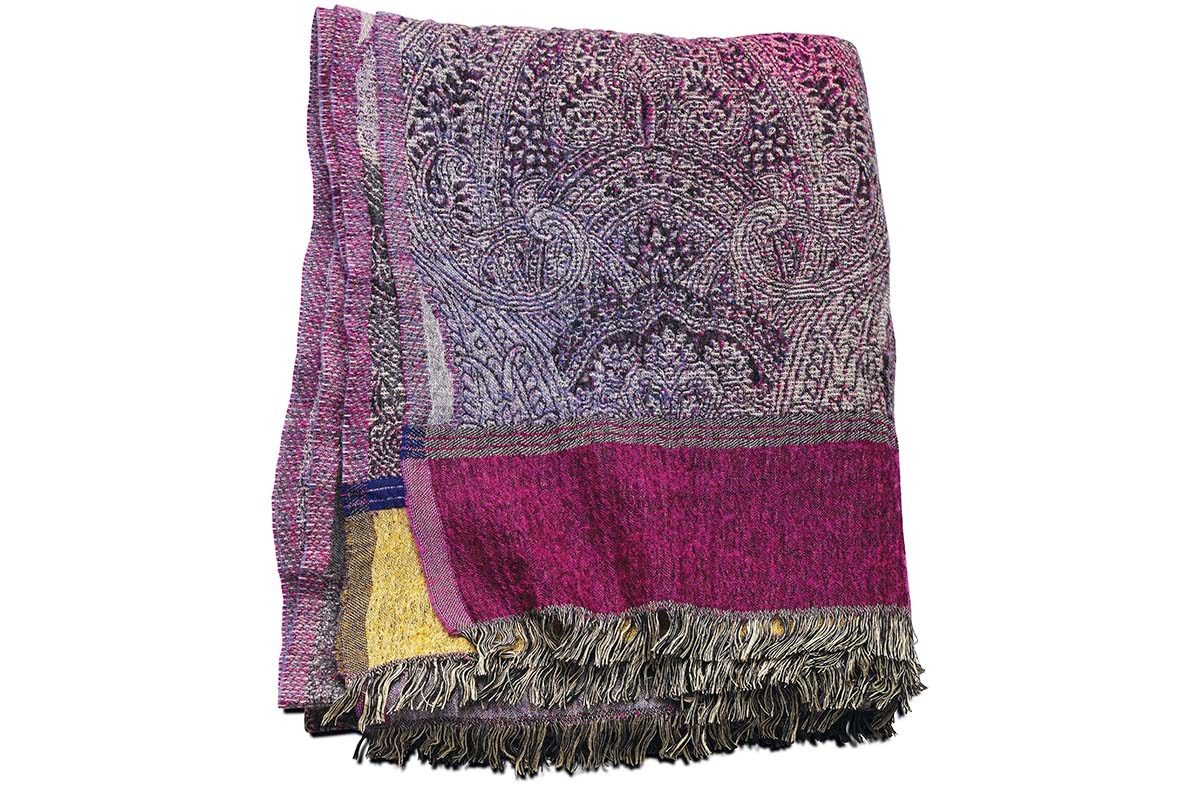 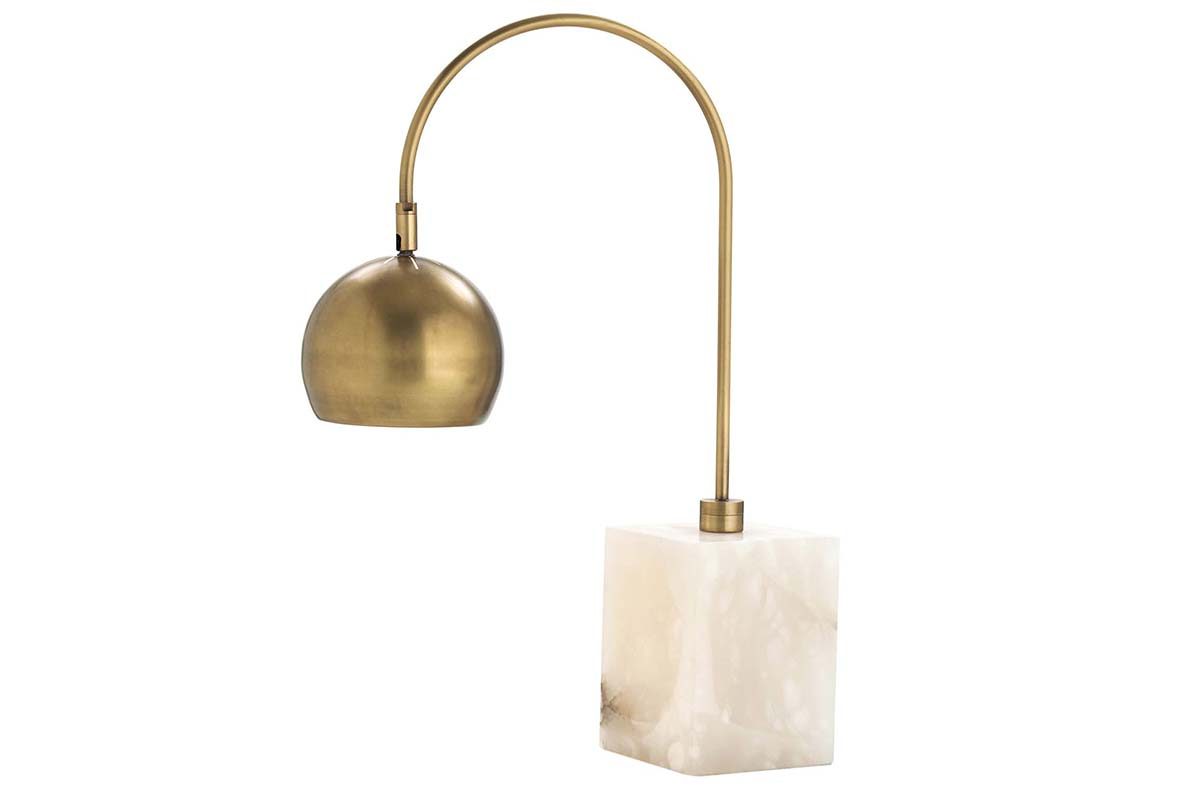 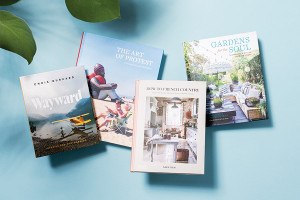 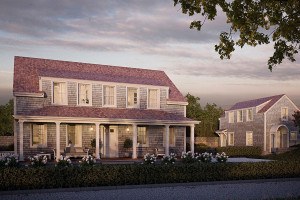