Super-strong demand is having a curious effect on the city's real estate market.

As we move toward summer, it’s a good time to stop to take a look at the state of the Boston real estate market.

Final data on May 2014 Boston condominium home sales won’t be available until late June, but using information available in our local MLS, we can already draw some conclusions.

Below are four tables showing condo sales closings in May 2009, May 2012, May 2013, and May 2014. (We’re including May 2009 since this was just eight months after the collapse of Lehman Brothers and the beginning of really bad economic times, and 2012 and 2013, for comparison purposes.)

What you’ll see is that condos in Boston Proper have consistently sold near their original asking prices, even in 2009, when the financial markets were in disarray and most people were worried about their jobs and the value of their investments—including their homes, but that in today’s market, condos are being sold at 100 percent of their original asking price—in other words, with no discount.

You’ll also see that the median sales price of a condo has gone up every year and that it’s taking fewer and fewer days to sell a home in the city, the result of strong demand and limited supply: Things looked grim in May 2009 when just 128 condos were sold. During this time, there was plenty of inventory but fewer buyers as everyone took shelter from the storm. Still, properties that did sell went for prices near where sellers first listed them—94 percent of original asking price. That it took four months for the average home to sell is not that unusual—this is typical in the suburbs—but in Boston, we think it’s strange if a property is on the market for that long.

The market was flat in 2012 and 2013, with 210 sales during the month of May, but days on market began to decline, and median sales price paid began a rapid ascent upward. Inventory, though not shown in the tables, dropped each year. In 2014, inventory is about 54 percent of what it was in 2012.

In May 2014 there were 145 sales and it took about two months for the average condo to go under agreement, but look at the ranges between $400,000 and $600,000. It took less than a month for condos to go under agreement in that range during that time period. What’s even more eye-opening is that the average price paid was over 100 percent of original asking price. That’s a dizzying statistic.

The other noticeable change to occur over the past five years is that there is very little activity happening in certain price ranges. The under-$500,000 market has undergone a dramatic change. It won’t surprise anyone who’s looked for a condo in that range, but there’s nothing to buy out there. In 2009, there were 57 condos for sale under $500,000 in Boston Proper; last year, there were 62, about the same. This May, there were just 30 condos that were sold for under $500,000—less than half.

This is happening in other ranges, too. Between $800,000 and $1 million, there were 26 closings last year. This year, just 13 condos closed in that range. That’s the result of low inventory.

This is the market that buyers are up against. (But, don’t worry, $5 million home buyers. The good news is there’s plenty of inventory for you!)

There is no joy in the streets of Boston right now. Most potential buyers were frustrated by the lack of inventory and ended up having to sit on the sidelines.

But even those who sold and made a nice profit on the sales of their homes are probably less than overjoyed. Now that they’ve sold, they’re facing the same problem everyone else is: Where can I find a home to buy? 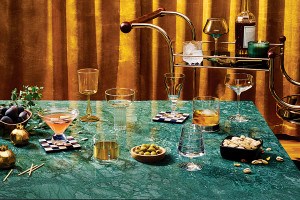 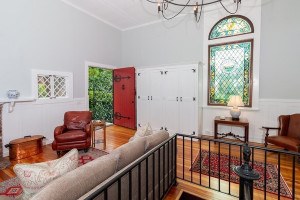 On the Market: A Marblehead Bungalow with a Two-Story Stained Glass Window 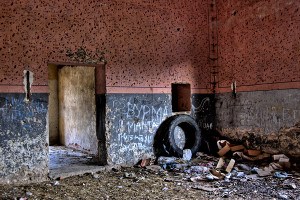