Boston real estate may be a solid-gold bet, but buying and selling requires know-how. Here’s who’s in the game, where things are hot, and how to navigate the market to find your next home. Once upon a time, the upwardly mobile moved up and out. They got married, had a kid, unloaded their city apartment, and decamped for a suburb with good schools. But that story’s over. Way over. Our transformation from suburbanites to devoted city dwellers is complete. Now we’re demanding cosmopolitan convenience—walkability, proximity to public transportation, and restaurants and shopping nearby—everywhere, even beyond city limits.

One result is the proliferation of full-service concierge-style condos in the ’burbs. Towns along the commuter rail—Milton, Canton, Needham, Arlington—are also seeing significant price-point gains, says David McCarthy, president of the Greater Boston Association of Realtors. “People want towns or buildings with a sense of community.”

But let’s face it: Central Boston is where the action is, which is why McCarthy predicts more vicious bidding wars, à la 2014. Low supply, high demand, and historically low interest rates—with 30-year fixed mortgages well under 4 percent at press time—will continue to fuel this already sizzling market. “Transactions are down, prices are up, and inventory continues to be scarce,” says Tina Bacci, principal at RESIS (Real Estate Sales Integration Solutions), whose firm handled sales and marketing for the downtown luxury building 45 Province. “The Boston condo market did 3,600 sales in 2013, but 3,100 in 2014. It’s not a reflection of demand; there’s just nothing out there.”

Another factor fueling Boston’s hot market: city-bound baby boomers. “They’re downsizing, but often buying condos with an equal or higher price tag than their suburban single-family home,” says Katy Klein, a spokesperson for the real estate brokerage firm Redfin. On Redfin’s list of the nation’s 30 most competitive ZIP codes this year, five were from Boston: Allston-Brighton, the Back Bay, Beacon Hill, Jamaica Plain, and the South End.

And don’t forget the tech boom, which has kept the city’s adjacent towns roaring, too. “ Demand for nearby housing has caused neighborhoods like Inman Square to have a renaissance of sorts over the past five years,” Klein says. “The median home value in 2014 was $575,000, a 54 percent increase since 2009.”

Keeping pace at the top of the market, Boston’s highest-end developers have joined an arms race of sorts to out-luxe one another. The city’s market quivers with amenity-laden buildings such as Downtown Crossing’s 45 Province (home to Exhale spa and the new Mast restaurant), and the soon-to-come Millennium Tower, which will have its very own gourmet Roche Bros. grocery store. The upcoming Lovejoy Wharf, near North Station, is Boston’s first luxury condominium without on-site parking, a testament to buyers’ desire for true urban living.

Middle-market buyers, nudged out of pricier areas like Downtown Crossing and the Seaport, are moving into areas like Dorchester, where sales of condos under $500,000 have increased by 47 percent in the past two years. Other centrally located neighborhoods that have yet to explode include Bullfinch Triangle–North Station, the South Boston side of the Seaport, and East Boston, Bacci says.

There is some good news for buyers willing to wait. Bacci says that several middle-market units will appear this spring, including in Eastie’s upcoming Seville building, and in Forecaster 121 near Faneuil Hall, which touts a “neighborhood made for walking and designed for a thriving community,” with starting prices in the $300,000 range. And more are on the way, according to Boston Redevelopment Authority spokesman Nicholas Martin, who says that 7,200 residential units are currently under construction citywide.

With so many people scrambling to buy, renters are probably getting the best deals right now. A glut of full-service rental buildings coming online has resulted in incentives aplenty for the new luxury renter whose desires mirror the urban buyer’s. The South End’s recently completed Ink Block complex, for example, houses a brand-new Whole Foods complete with a spa. Who needs three cars when you have a salad bar just downstairs?

Another bright point: selling. If you’re ready to move, low inventory should work in your favor. According to the Massachusetts Association of Realtors, the average monthly number of single-family homes for sale declined by 11 percent statewide this year; condos declined by 23.8. “You’re going to get great money, and the deal will be pretty smooth,” McCarthy says.

For those who don’t want to jockey for an urban perch, the suburbs remain a safe bet. Median-price increases remain relatively stable compared with those urban spikes. The average inventory in towns like Arlington, Belmont, Carlisle, Needham, and Westwood is on the rise from last year, too.

But is it enough? Maybe not. “We’re seeing a huge population of fifty- and sixtysomethings who want to downsize but have nowhere to go,” says Kristin Hilberg, an associate broker at Keller Williams who specializes in Acton and Boxborough, two towns popular for their school systems. “There’s a lot of pent-up demand.” The Boom: By the Numbers

$1,485,000: Median price of a house in Brookline, 2014’s priciest town for single-family homes. 23: Median number of days on market in Arlington. These and more statistics about Boston real estate. You know you’re going up against some tough competition. Five couples share their buying stories and why they ended up where they did. In a hot urban market, renting is becoming an increasingly attractive option for Bostonians who—like the family profiled here—want to remain in the city, yearn for flexibility, and don’t feel like parting with a down payment. Ultra-Luxe in the ‘Burbs

The cost of full-service living in Boston has skyrocketed, driving developers to lure amenity- seeking buyers out to the suburbs with elaborate campuslike complexes, packed with everything from swimming pools to golf courses to Pilates. Should I Renovate My Kitchen…?

Yes: Spend the money, get a quicker sale. No: Avoid the hassle, but accept the lower price. The Boom in Four Case Studies

How hot is it? An inside look at home sales in four hot markets. If you’ve moved to a new town and your abode is hidden down a winding driveway, mingling is tough. Here’s how to break in without feeling like a middle schooler circling the cafeteria. 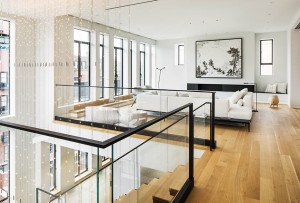 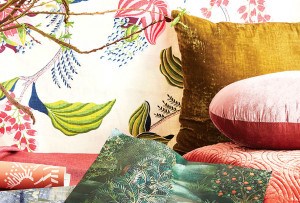 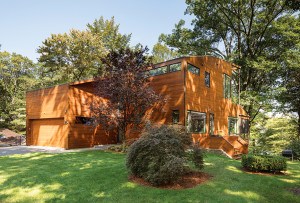 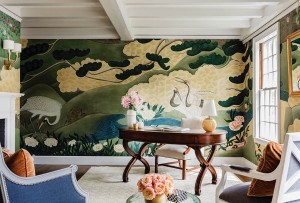 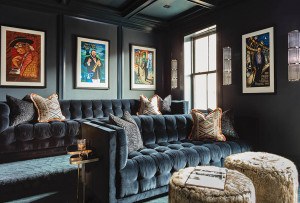 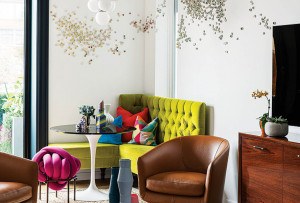