The Watermark Seaport Is a Mark of Distinction Hunting for a new rental by the waterfront, but torn between the gritty charm of Fort Point and the urbane sleekness of the Seaport? Fret not: You can have it all with the new Watermark Seaport, which offers both a 17-story luxury tower with contemporary apartments and a 65-unit loft building that embraces the area’s funkier arts-district origins.

“This is the nucleus of the neighborhood: a marriage between Fort Point Channel and the innovation of the Seaport District,” says Charley Leatherbee, executive vice president at Skanska, which developed the building.

Despite straddling two up-and-coming urban corners, the surrounding area offers plenty of outdoor space: Residents can unwind at Seaport Square Green, Fan Pier Park, or Q Park, which has a dog-walking area, a basketball court, and a toddler playground.

The property itself isn’t too shabby, either, thanks to 15,000 square feet of amenity space. Savor skyline views of the Financial District and Boston Harbor from a rooftop sky deck. Invite your friends over for a barbecue on the second-floor party terrace, complete with a fire pit and trees. Or buff up at Watermark’s glass-walled yoga studio and fitness center. The building is also festooned with commissioned work from indie artists, a nod to Fort Point’s creative enclaves.

Units range from 376-square-foot studios to 1,129-square-foot penthouses, with prices from roughly $2,300 to more than $7,000 per month. Still unsure? Consider: In addition to the location and amenities, the building’s ground floor will soon welcome the Seaport’s first CVS—a priceless convenience.

BY THE NUMBERS
Waterfront Rising 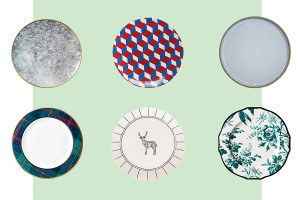