Boston Has Larger Apartments Than Other Cities

And you thought your 500-square-foot studio wasn't spacious. Photo by butforthesky.com on Flickr/Creative Commons

In a new report from online listing service RentCafe, Boston ranked among the top cities with the largest rental units.

RentCafe’s findings also show that apartment sizes across the country are shrinking. The report notes that the average size of a new apartment is 934 square feet, which is 8 percent smaller than 10 years ago. Studio apartments recorded the steepest decline in square footage—they’ve grown 18 percent smaller in the last decade.

Boston studios now average at 536 square feet. One bedrooms round to 724 square feet, and two bedrooms are 1,054.

Boston.com reports that RentCafe’s analysis only looked at apartments in buildings with 50 or more units, “leaving out the sizable portion of Boston’s rentals in multi-family homes and other smaller buildings.”

You can read the full RentCafe report here. 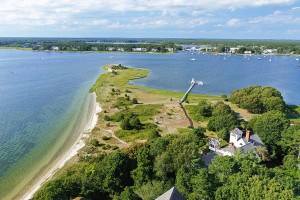