They cost less than a down payment in Boston. A home asking less than $50,000 is almost unheard of—especially in New England.

There are, though, a few unicorns to be found if one searches for long enough. Real estate data firm NeighborhoodX took the time to find a couple of these hidden houses. It turns out, Massachusetts does have some fairly cheap properties—10 of them, to be exact. NeighborhoodX cofounder Constantine Valhouli decided to pinpoint homes that cost less than a typical down payment in Boston.

Many of the homes under $50,000 are fixer uppers tucked away in some of the state’s smallest towns. The list includes foreclosures, short sales, and properties that need significant updates.

“Over the past two real estate cycles, or roughly since 2000, the price of real estate in the major cities has been increasing while the suburbs have remained comparatively flat, or have even contracted,” explains Valhouli.

As if you needed another reason to bemoan Boston’s housing market, see the complete chart below. 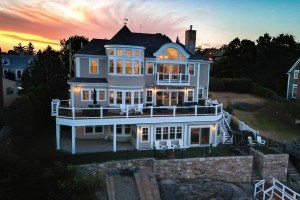 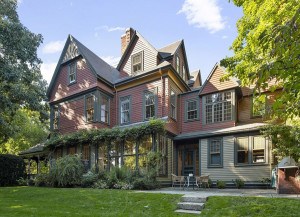