This Couple Met in Their Apartment Building, and Now They’re Getting Married

A shared common area proved to be a valuable amenity at One Greenway. 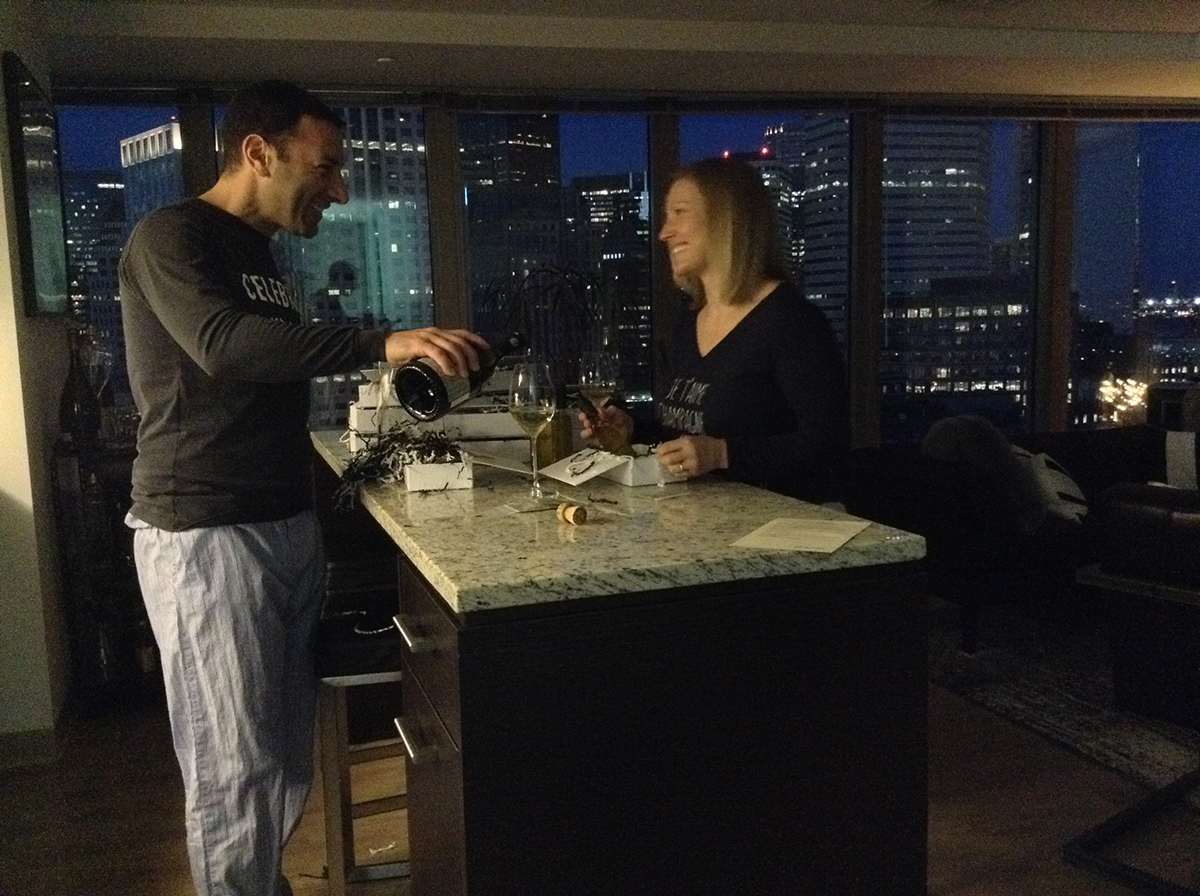 Panos and Ashley in their apartment at One Greenway / Photo provided

Residential developments cropping up across the city have grown increasingly more creative when it comes to amenities: pet spas, yoga studios, and bike-sharing programs are just a few of the extras being offered. At One Greenway, residents Ashley and Panos discovered a perk in their new home that wasn’t touted in brochures—love.

When they moved to the luxury apartment tower near Chinatown in 2015, shared common areas were just another bullet point on the list of amenities at One Greenway. But this amenity soon became a way for Ashley, 32, and Panos, 41, to spend time together and eventually form a lasting relationship.

The two first met at resident events in the lobby of One Greenway, where the couple explains they were excited to get to know their neighbors. They learned they both worked in biotech and chatted about being new to living downtown, then mingled with the rest of the group.

Soon after, the building debuted one of its common spaces with another resident event. The party, which unfolded in a space called Suite 1100, gave Ashley and Panos the chance to chat further.

“We spent a lot of time talking and realized how much we have in common,” says Panos. “We’ve been together ever since.”

The couple says they’ve enjoyed getting to know each other in a friendly atmosphere that, quite literally, feels like home. They explain Suite 1100 is a place for them to unwind after work, where they can play pool and hang out with their neighbors. Ashley and Panos frequent other common areas, too, and often have drinks on One Greenway’s roof deck or catch up with friends in the lobby.

It’s experiences like these that One Greenway property manager Aaron Cramer says are so important to building the resident community. He explains One Greenway hosts an event in one of the building’s shared common areas once a month.

“We are incredibly lucky to have such a tight resident community who is very inviting to new residents who join the One Greenway family,” says Cramer.

This tight-knit residential community became something more for Ashley and Panos, whose relationship blossomed after connecting in Suite 1100. They went on dates (and couldn’t use traffic as an excuse for being late) and continued to spend time together in One Greenway.

The following year, and many resident events later, the couple moved out of their individual one-bedroom apartments into a larger, two-bedroom space. In November 2016, the couple got engaged, and they plan to get married this fall.

Plenty of new luxury residential buildings advertise shared amenities spaces as places for creating communities and lasting bonds among residents. For Ashley and Panos, the bonds are indeed lasting. And for now, they’ve agreed to continue living in One Greenway until the next stage in their lives. 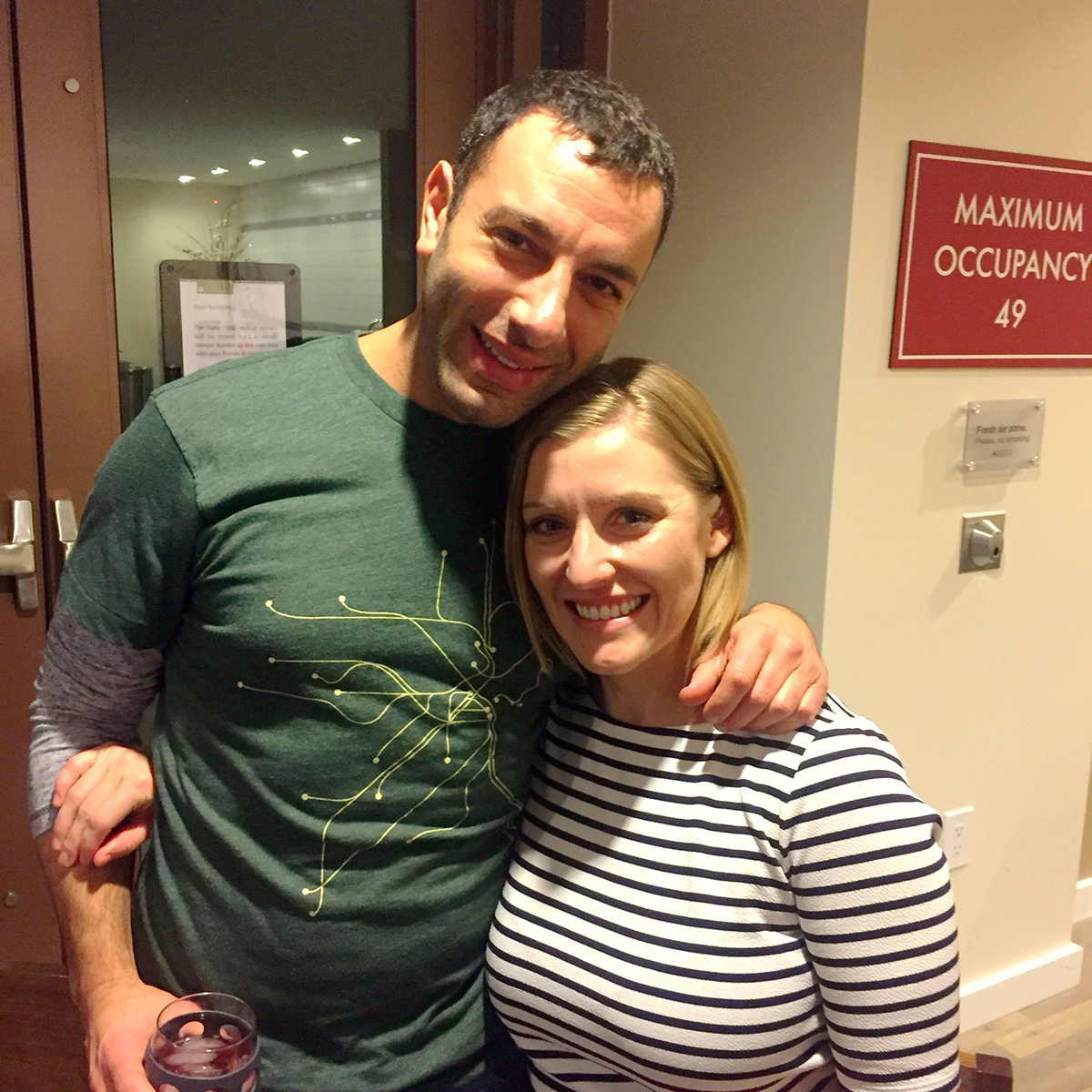 Ashley and Panos outside of Suite 1100 / Photo provided