Marvel at This Decked-Out Space in the South End 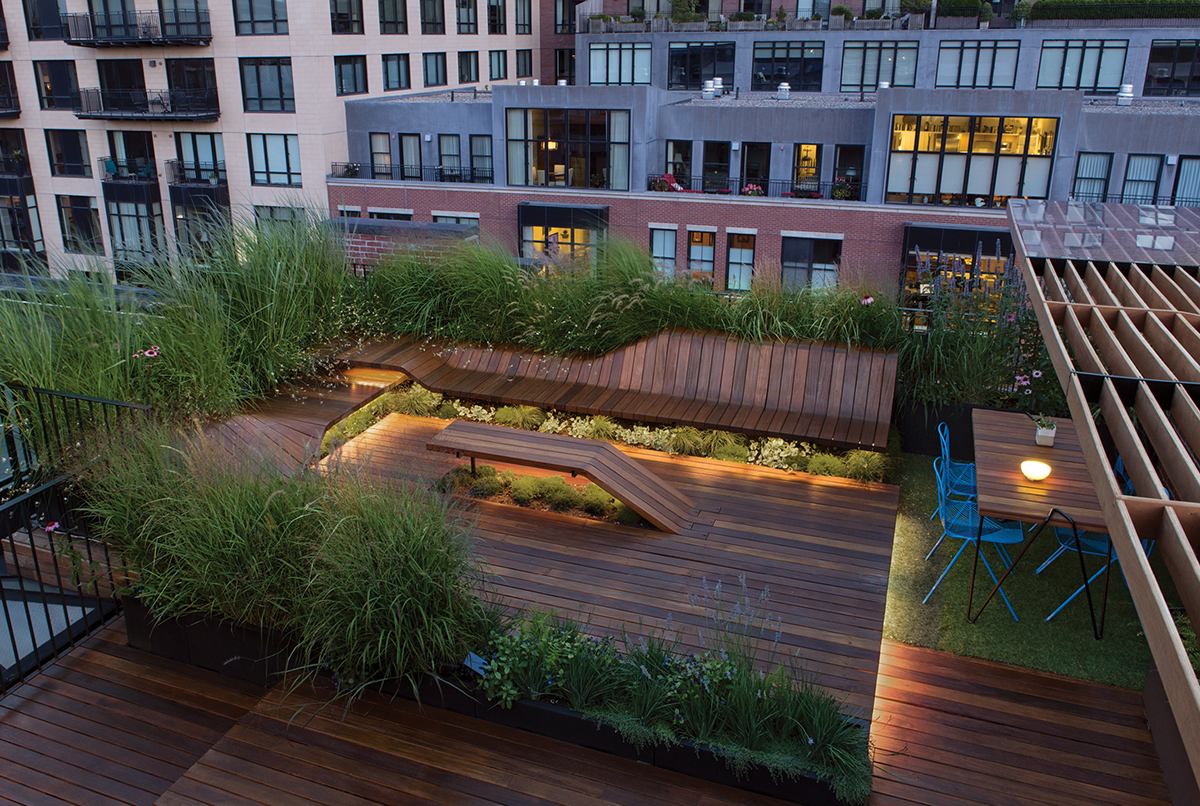 The 600-square-foot South End roof deck with glorious views of the city skyline presented an incredible opportunity for the right architect. Undefined and cluttered with furniture, it was the proverbial tabula rasa for someone with vision and ambition—in this case, Boston architect Jeremy Jih, who runs the multidisciplinary design practice J.Roc Design.

Jih’s solution was to transform the surface of the deck into sculptural terraced zones that offer multiple seating options. Each zone lends itself to a distinct activity: There’s a spot for yoga practice; one for lounging; and another that suits small gatherings. In the center of his creation, Jih designed a narrow coffee table that can be removed “to make room for a dance party,” he says.

As a designer, Jih happily nerds out on digital methods and machine processes, and strives to use new technologies to mimic traditional craft. Each piece of his sapele-wood deck was fabricated by a computer-controlled machine using “precise programmed commands,” he explains.

The resulting deck was assembled without any screws or nails. Instead, the pieces were designed with Japanese-inspired interlocking wood joints. “There’s a rich Japanese history of shaping wood, and my goal is to revive that in a way that is cost-effective, efficient, and beautiful,” says Jih, who also did the installation.

Jih designed the deck to be entirely modular so that every piece can pop off the steel frame, like a xylophone key. “If a piece gets damaged, it’s easily replaced or repaired,” Jih says. When the homeowner moves, he can bring the deck with him.

Native species, such as wild grasses, lavender, and other herbs, suggest a meadow landscape. “I wanted to create the illusion of the New England countryside,” Jih says, “which is unexpected in the middle of the city.” 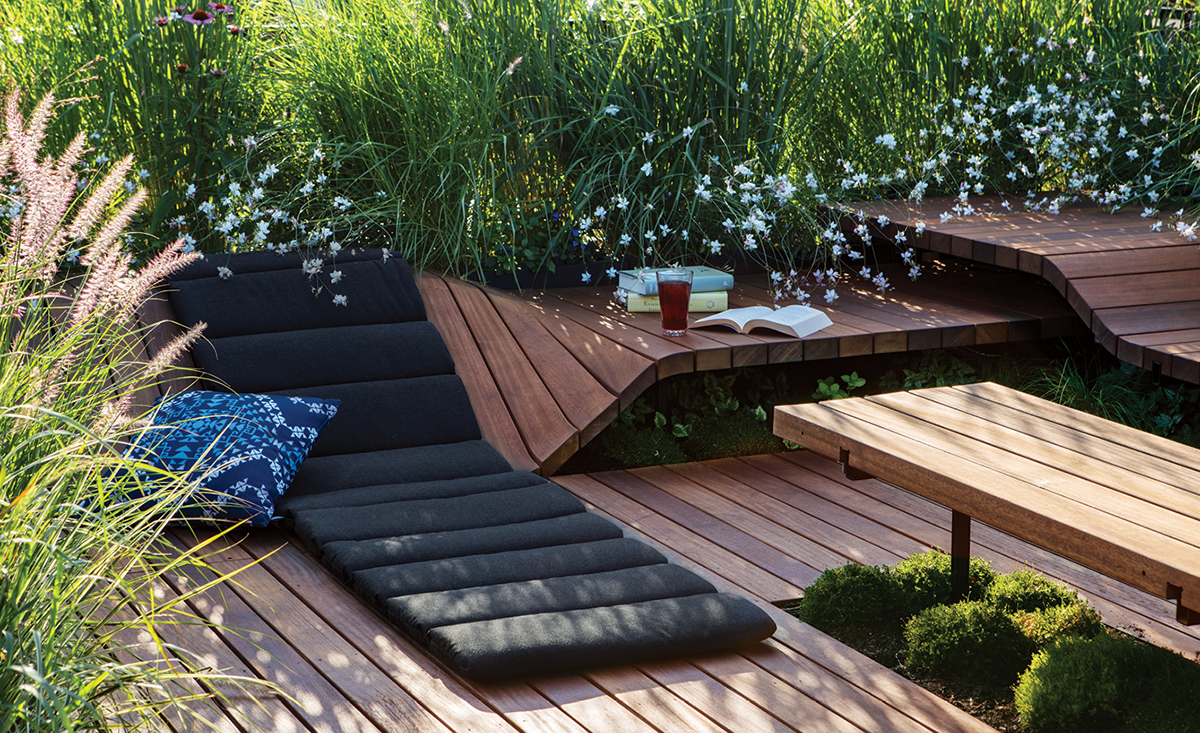 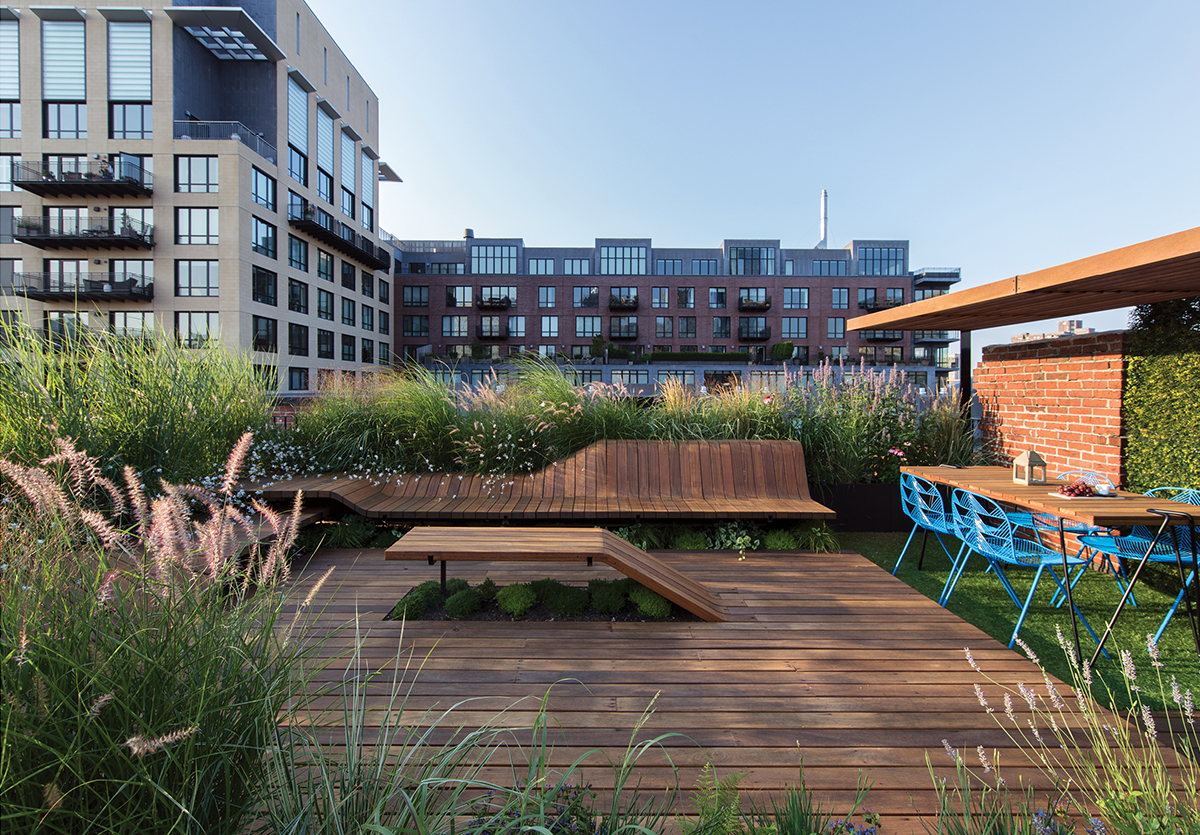