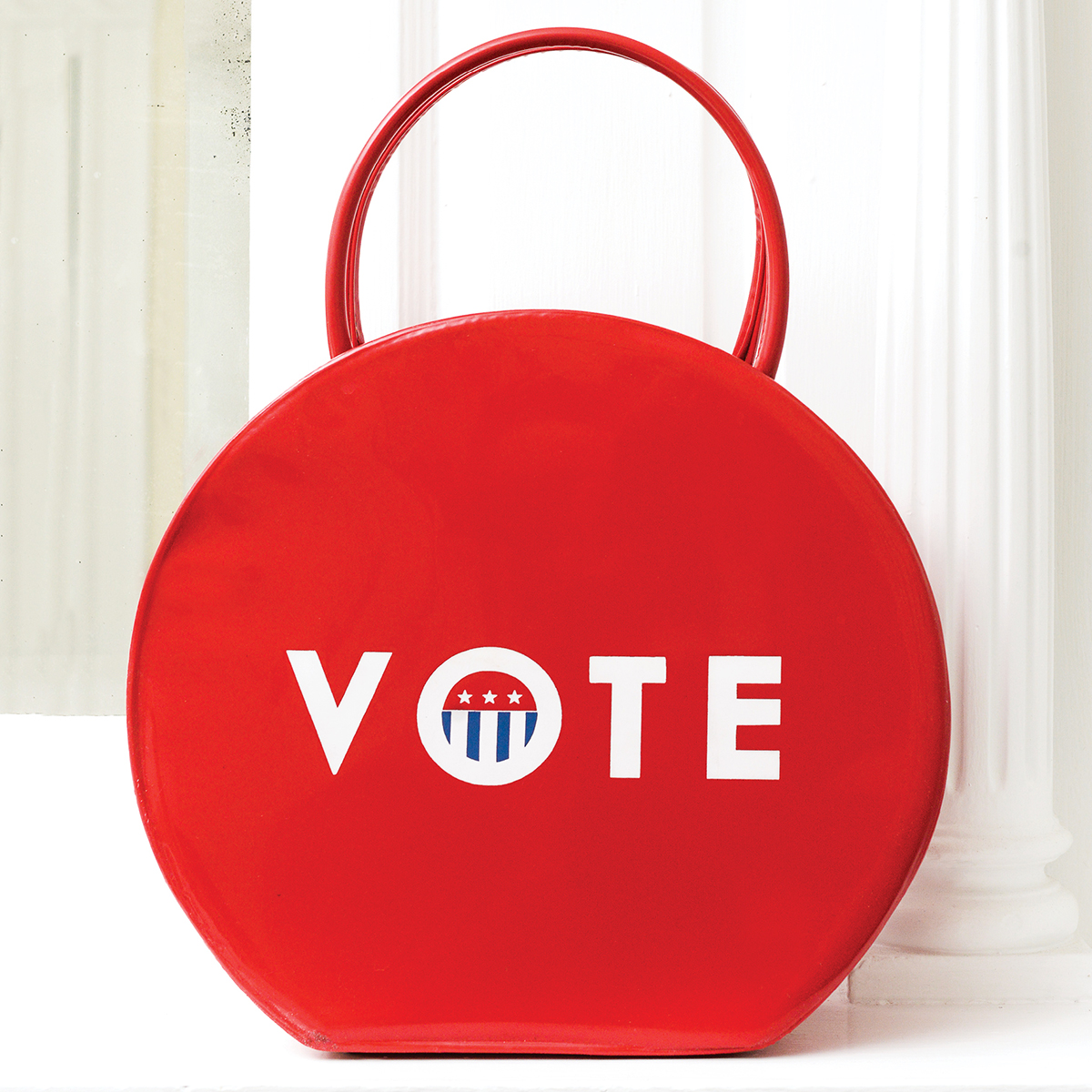 Barbara Lee has spent the better part of the past two decades working to elect women to state and federal government. So when the founder of Barbara Lee Political Office spotted this 1960s Tolin Mfg. Co. purse—a striking vinyl number aptly emblazoned with the word “Vote”—online, she immediately bought it for her collection of women’s campaign memorabilia. Lee displays the handbag in her Cambridge home, where she regularly hosts events for progressive female candidates. “It took more than 70 years from the first women’s rights conference at Seneca Falls for women to win the right to vote in 1920. It took us until 2014 to see 100 women in Congress,” she says. “The march to equality is slow—and I’m in it for the long haul.”