From going big in Wellesley to downsizing in Waltham, here's where to buy a home west of the city. 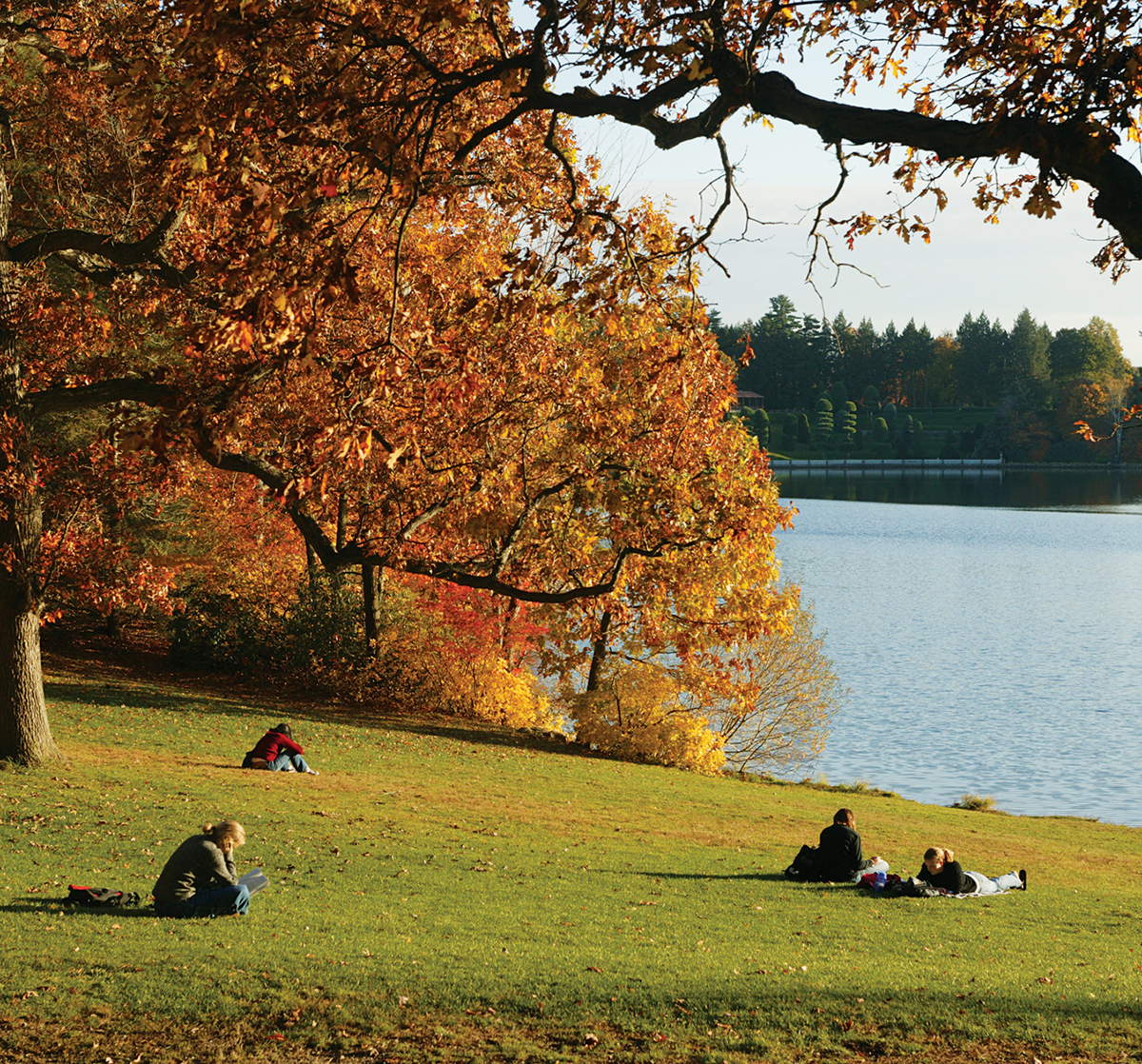 Picturesque Lake Waban is just one of the family-friendly amenities in Wellesley. /Photograph via Massachusetts Office of Travel and Tourism

Living Large: The median monthly owner costs for Wellesley residents with a mortgage is 81% higher than the state median.

The western suburbs are about a whole new set of “W” towns these days—think Watertown and Waltham, both of which offer reasonable prices, growing downtowns, and commuting convenience. Plus, a pastoral town on the upswing and another one with old-school clout and new-school construction.

Prices may be rising in Watertown, but the rapidly growing ’burb is still an affordable alternative to Cambridge, where the median condo price was $235,000 higher in 2016. “It attracts people who like a city feel and want to Uber into Boston in 10 minutes but might want a driveway and shared yard,” says Keller Williams/Wilson Group agent Ryan Wilson. Another m illennial-friendly bonus? New upscale dining and shopping along Arsenal Street, from Garrett Harker’s Branch Line to Arsenal Yards, a development slated to open in 2018. Well-located buys can be found on Spruce and Walnut: “From there, you can hop on a bus…and get into Harvard Square,” Wilson notes.

With a town center straight out of Gilmore Girls, Wellesley has always been the real estate holy grail. And now it’s possible to find new construction here, too, says Coldwell Banker’s Melissa Dailey. Frequently bought by developers, rebuilt, and sold, these lots can be found in established areas like Country Club, Cliff Estates, the Farm, or Dana Hall, where prices range from $3 to $7 million. General’s Corner, a postwar neighborhood off Weston Road where homes hover around $2 million, has also seen a construction-and-renovation boom. Expensive? Yup. But with three train stations and seven walkable elementary schools, it’s easy to see why families are willing to pay big bucks to live here.

A town with a median price under $500,000 in Greater Boston? It’s a reality in Littleton, whose high school surpassed powerhouses such as Belmont and Newton North in Boston’s 2016 rankings. “About 10 years ago, Littleton started investing in itself,” says Kristin Hilberg, a broker at Keller Williams who specializes in the area. “Young people were coming into the local political scene and drove it. They rebuilt schools, invested in recreation areas.” Also welcoming to families: an expanded MBTA station, new shops and even an ice-skating rink at the Point, and burgeoning subdivisions like Durkee Farm Estates. Not bad for an area that used to be known for apple picking.

Funky dining. Modern apartments. An energetic college vibe. No, it’s not Somerville, it’s Waltham, and it’s fast becoming a favorite among empty-nesters seeking the amenities of urban life without the inconveniences—or the exorbitant price tag. Still need to zip into town for the occasional meeting? Wilson suggests looking close to the intersection of Main and Moody streets, where condos and two-family homes are within walking distance to the commuter rail and the area’s “restaurant row.” And then there’s the new mixed-use Merc at Moody & Main, which features high-end units with up to three bedrooms, not to mention a sky deck offering killer Boston views.

The Boston Home team has curated a list of the best home design and home remodeling professionals in Boston, including home builders and contractors, interior designers, home accent décor, and more. Get the help you need with FindIt/Boston's guide to home renovation pros.