This Local Company Puts Buildings Together Like Lego Blocks

Triumph Modular is embracing the new age of modular construction. 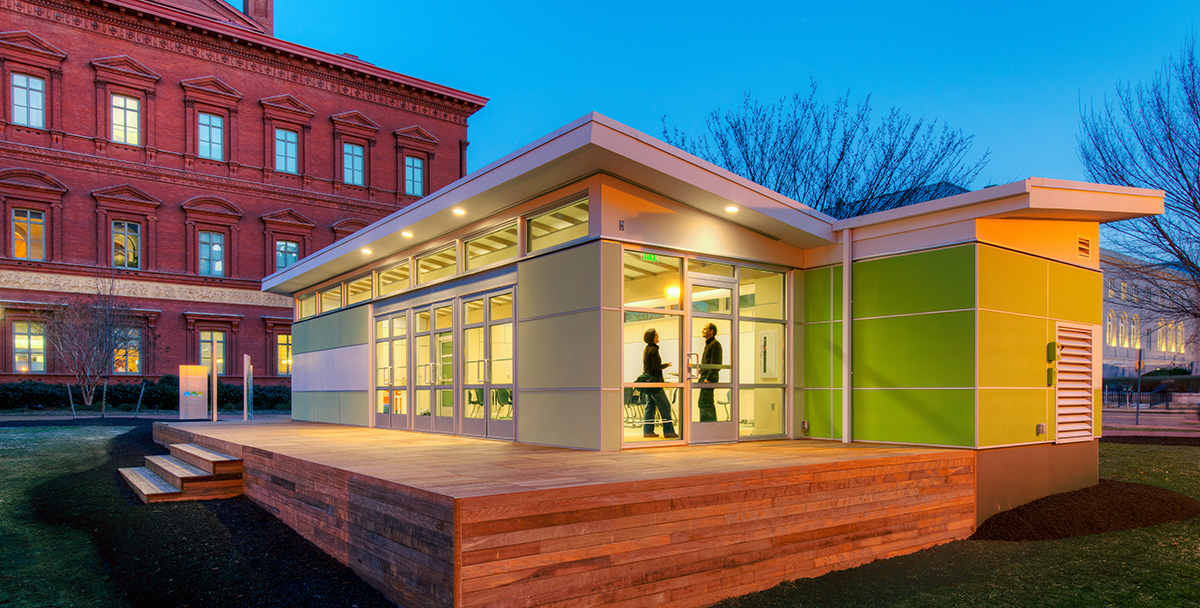 Before Littleton-based Triumph Modular begins a construction project, it needs to have all of the pieces. Then, much like building a Lego house, those pieces are stacked on top of each other until they form a building.

The company is one of many contractors around the country dealing in modular construction. By loading huge chunks of buildings onto trucks, driving them to sites, then putting them together like Legos by crane, Triumph Modular creates modern, often colorful structures around Massachusetts.

Unlike some prefabricated buildings, where panels are placed on a flatbed and erected at a site, modular construction is just what it sounds like—it combines factory-built modules, or units, for easy construction.

“There’s a floor and a ceiling and walls that come down the road,” explains Triumph Modular President Cliff Cort. Then, the modules, which are built in a factory in Pennsylvania, are removed from the trucks and pieced together.

“They’re sometimes shocking to the community because the buildings can go up in just a matter of days,” he says.

“We started getting requests for bigger, more complex buildings about 10 or 12 years ago,” says Cort.

Modular construction is certainly not a new method of building. Piecing together factory-built sections of buildings is a method that’s been employed since the early 1900s. Sears is remembered as an early adopter of modular construction—its catalog of house kits allowed homeowners and contractors to construct houses from mailed materials. But the modern modular structures cropping up today have an edge in Boston’s building boom.

Cort explains there are a few advantages to building modular: there’s less disruption at the site, they’re built faster than stick-and-beam constructions, and since 60 to 80 percent of a modular building is constructed inside of a factory, there’s less waste produced at the construction site. Modular buildings can also be spring up in small spaces.

“We were building a two-story addition to a Cambridge hospital and it was a really confined courtyard,” recounts Cort. “We had to crane these modules into this courtyard but they didn’t want to disturb the patients. So, we had to do it very quickly. Only with modular can you do things [that fast].”

Triumph’s project highlights include Sprout Space, a sustainable classroom created in partnership with architecture firm Perkins + Will, and a classroom building created for Harvard that has since been moved to Tufts University.

“[It] shows these buildings can be 100 percent recycled from one campus to another,” says Cort. “Not only can they move around on the campus but they can move around from one user to another user.”

The possibilities for modular construction seem almost endless. But the one major limitation? Bridges.

“When you go down the Mass Pike there’s a bridge, and so the modules have to fit under the bridge,” explains Cort. “From a design standpoint, modular is unlimited, but there are the module sizes that have to manage some of the constraints of the physical world.”

Limitations aside, Cort thinks Triumph’s growing business of creating permanent, rather than temporary, modular structures is just getting started.

“In other parts of the world, [permanent] modular has been used for many decades,” he says. “I hate to say it, but we’ve been a little late to the game. I think we’re finally catching up.”