Before and After: Seeing a Winchester Cape in a New Light

A small, dark house in the suburbs was reimagined into a bright and airy sanctuary. 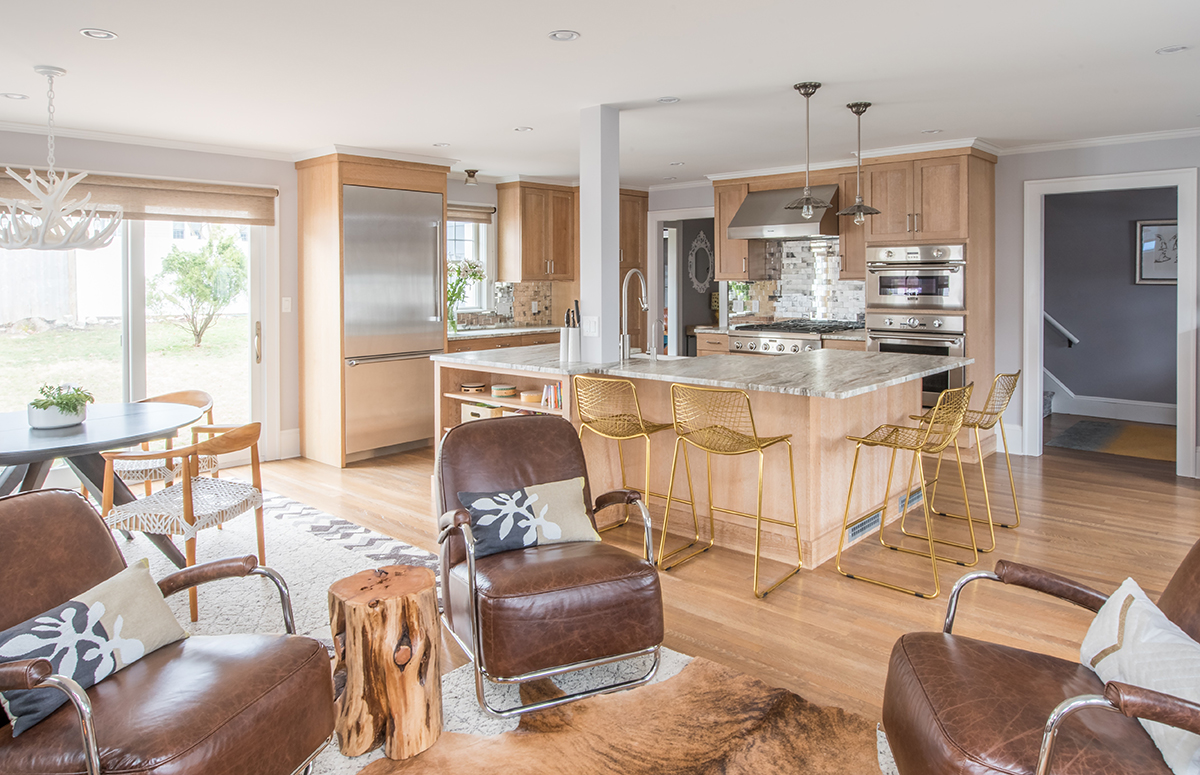 Melissa Schneberger isn’t particularly fond of New England homes. After deciding to sell her Somerville condo, she embarked on a search for a house in the suburbs—but found nothing she and her family could be comfortable in.

The region’s antique homes are too formal, she explains. Schneberger prefers an open floor plan, and the capes and colonials she toured with her husband were divided up into small rooms. “We’re not a part of that generation in which you want to have a formal eating space and living room space separated from the family room,” she says.

But the houses that did feel open and modern didn’t check all the boxes—they had the wrong finishes, for example, or too steep of a price tag. After two years of house hunting, Schneberger was pleasantly surprised by a small cape in Winchester. It boasted a sizable backyard for her two daughters and two golden retrievers, which she loved, but she wasn’t keen on the house itself.

She explains the home had a less-than-ideal layout: the kitchen was tiny, the flow of the first floor was jumbled, and there was an abundance of wood paneling. Plus, it was divided up into a bunch of small rooms—which Schneberger had tried to avoid—and overall, the place felt dark. So, she decided to buy the house and enlist the help of Morse Constructions to knock down some walls and revamp the home into the airy abode she’d been dreaming about.

“It was obvious from the very beginning that the house could stand to be opened up quite a bit,” says Paul Morse, president of Morse Constructions. His task was simple: reimagine the floor plan to create brighter, more open spaces. The only condition? There could be no additions.

“They wanted to make the best use of the space that was available, rather than adding onto it, so they had the yard space for their dogs and kids,” says Morse. Along with architecture firm Downer Associates, he took the home’s 2,100-square-foot footprint and rearranged its walls and doorways, transforming the cramped, dimly lit cape into a sunny and inviting sanctuary. 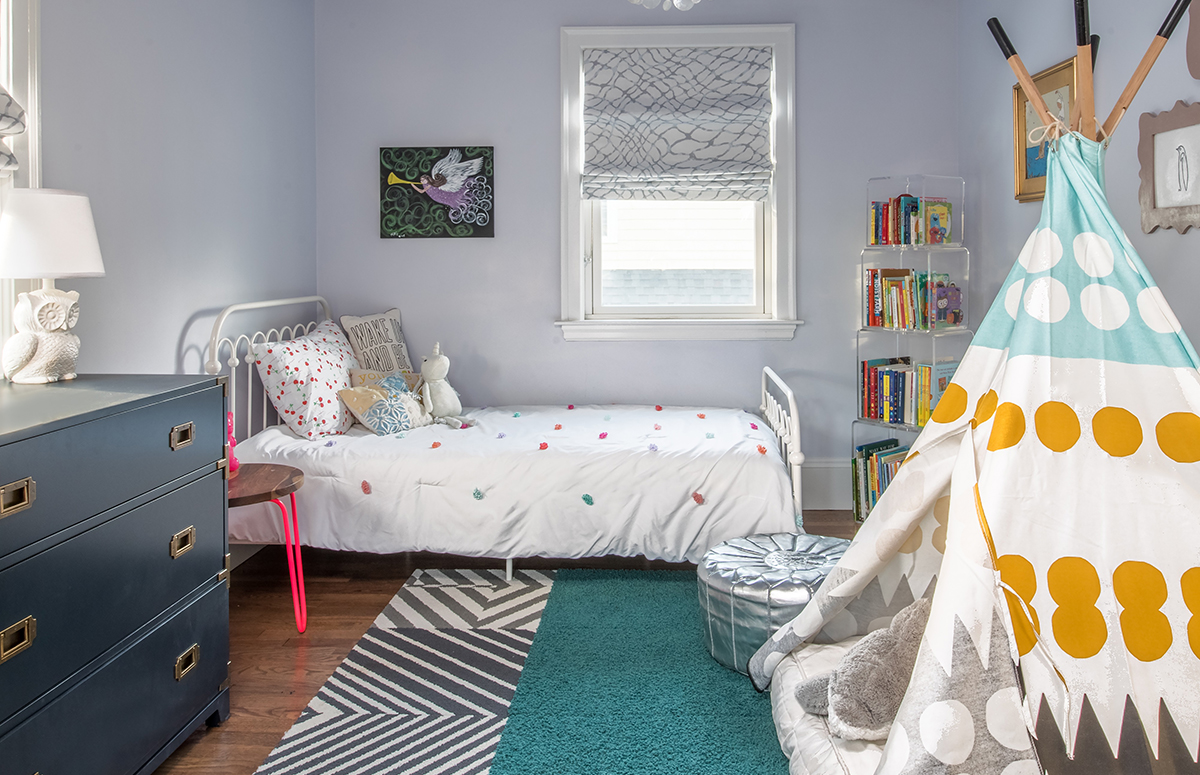 The group started by scrapping the original kitchen, which was much too small and tucked into a corner on the first floor. A laundry room-mudroom hybrid was built in its place. Then, they created a larger, more open kitchen overlooking the family room and dining area. A hallway was installed to create a flow from the front of the house to the back of the house, and the detested wood paneling was torn from the walls. 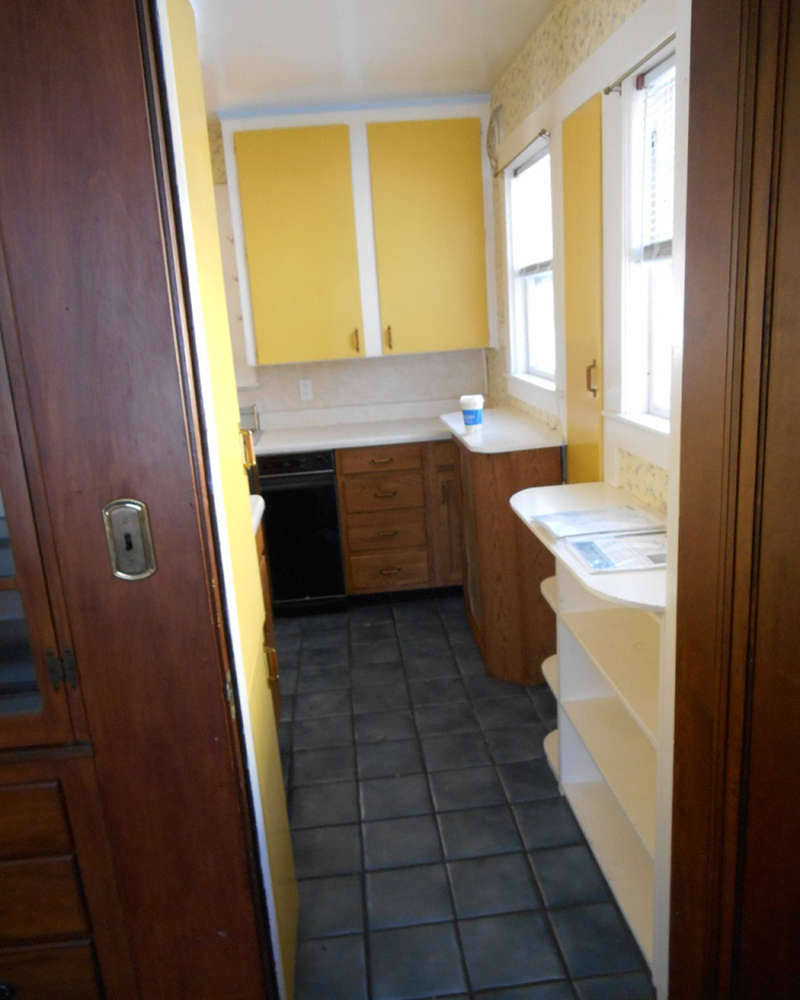 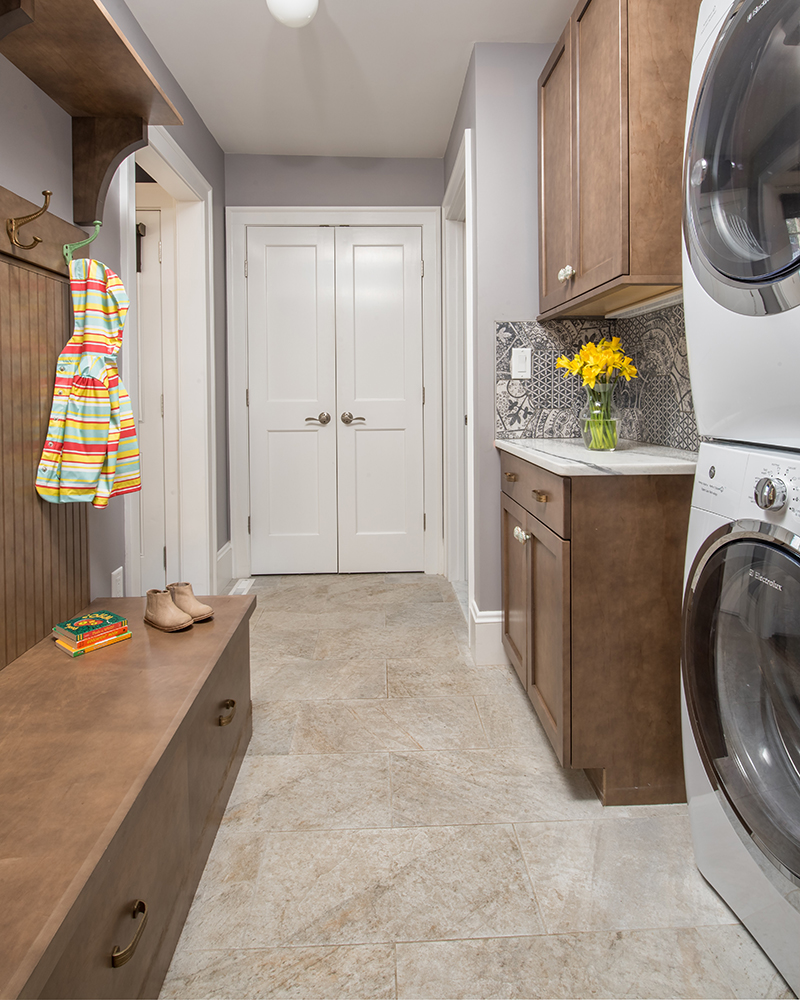 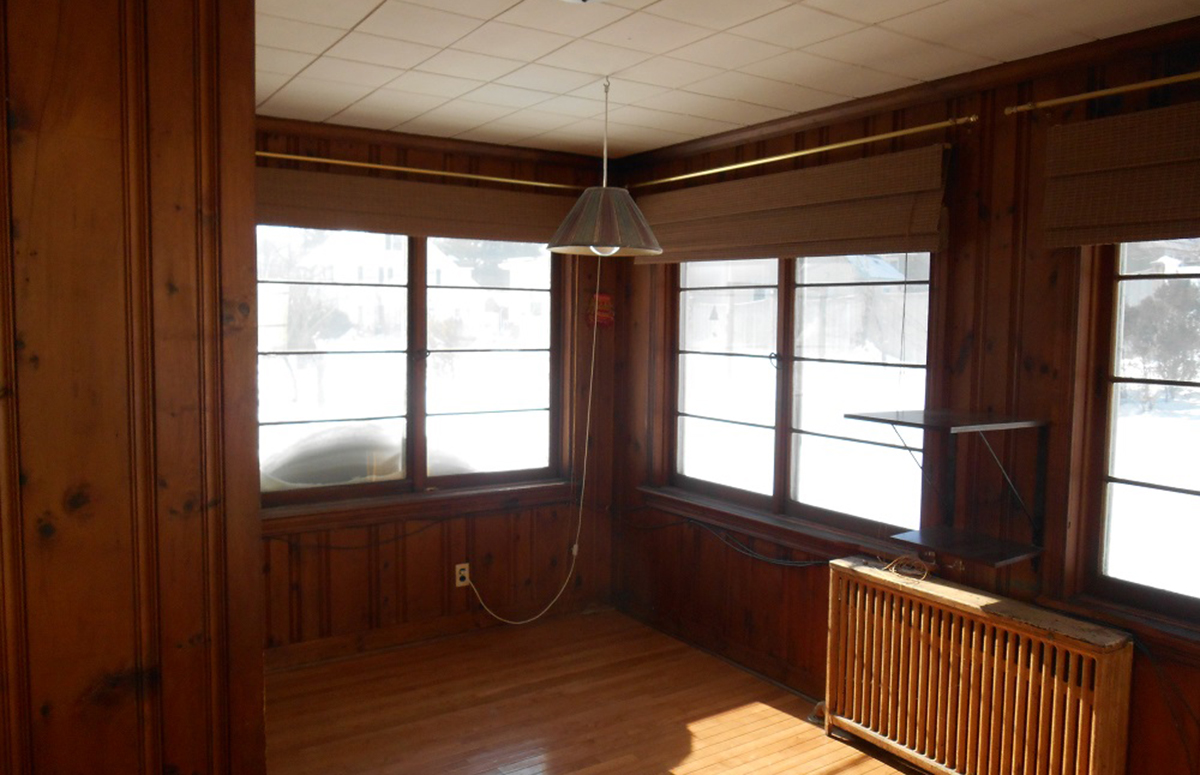 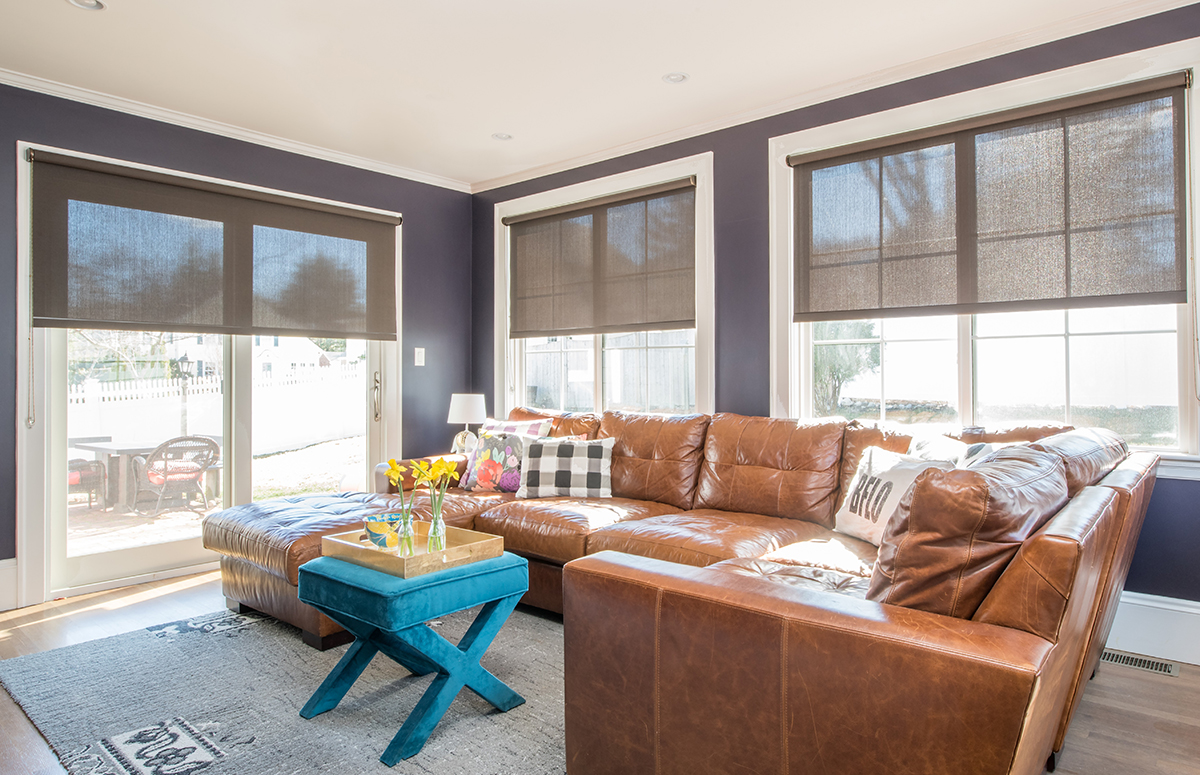 Builders upped the number of bathrooms from one and a half to three, and finished off a master suite. Visibility to the backyard was increased with additional windows, and the former sunroom became a cozy den. During the seven-month-long process, Schneberger, who works in finance, handpicked the home’s furniture and decor. She describes her style as modern yet comfortable.

“Sometimes when people think of modern, (it’s) kind of harsh lines or cold and stiff, but we’re very informal,” she says, adding her tastes aren’t in traditional New England style. Her favorite design elements are the black scaled wallpaper in one bathroom and the natural wood cabinets in the master bathroom. 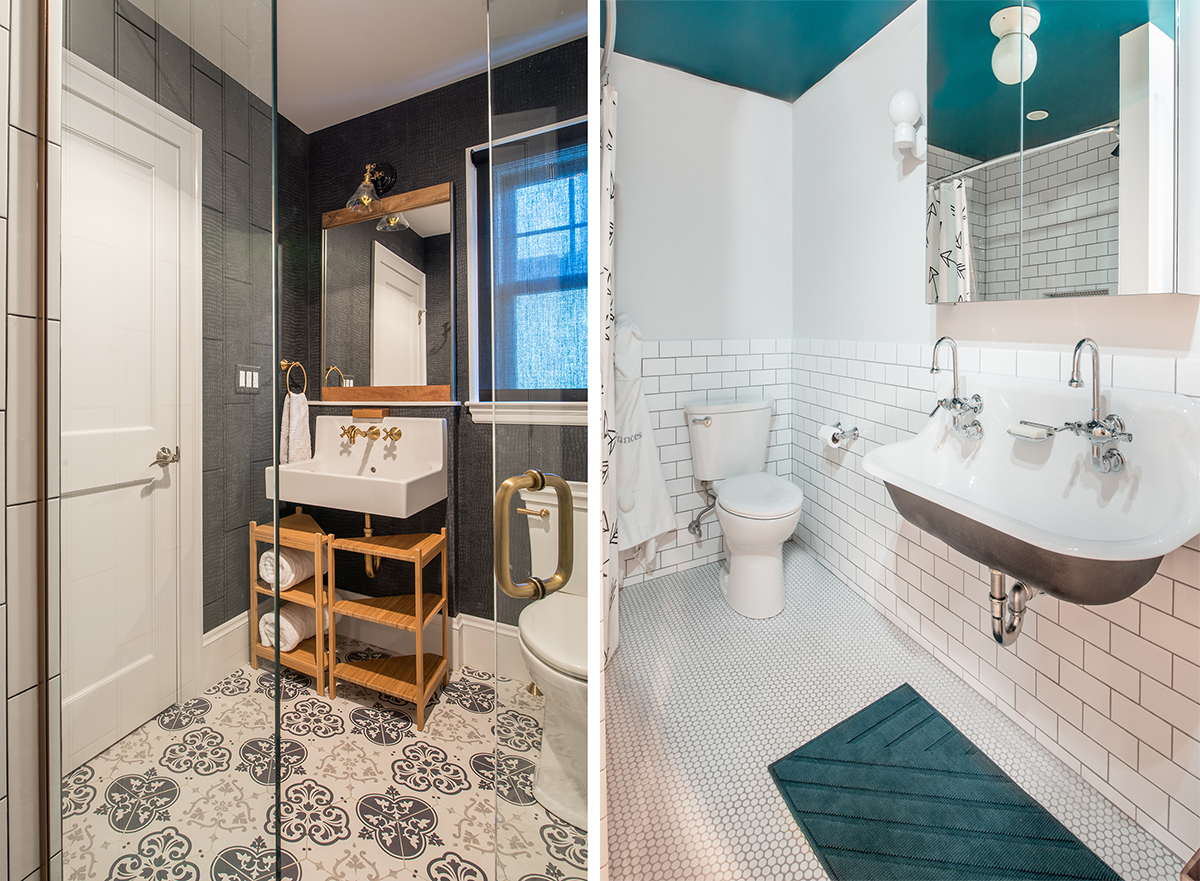 Morse says this type of project—reorganizing the inside of an aging home—is trending with his younger clients. “Creating that open space allows the family to be together, and you can have communication even if you’re on your tablet or on your phone or TV,” he says. In Winchester, Schneberger says she took a chance on the interior overhaul, and is pleased with the results.

“When you’re buying a house, you end up having to compromise on some things unless you’re going to build a house from scratch,” she says. “But I think we were fortunate that Morse was able to help and work with us to get us pretty much everything we had wanted.” 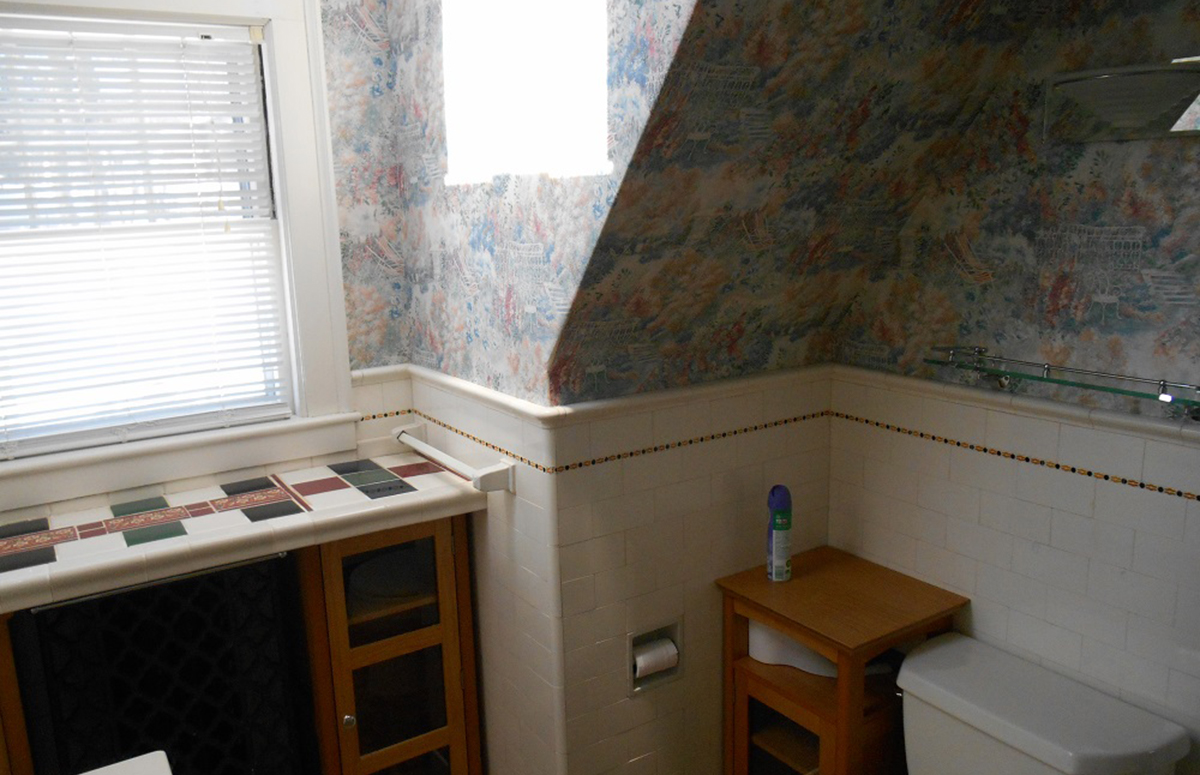 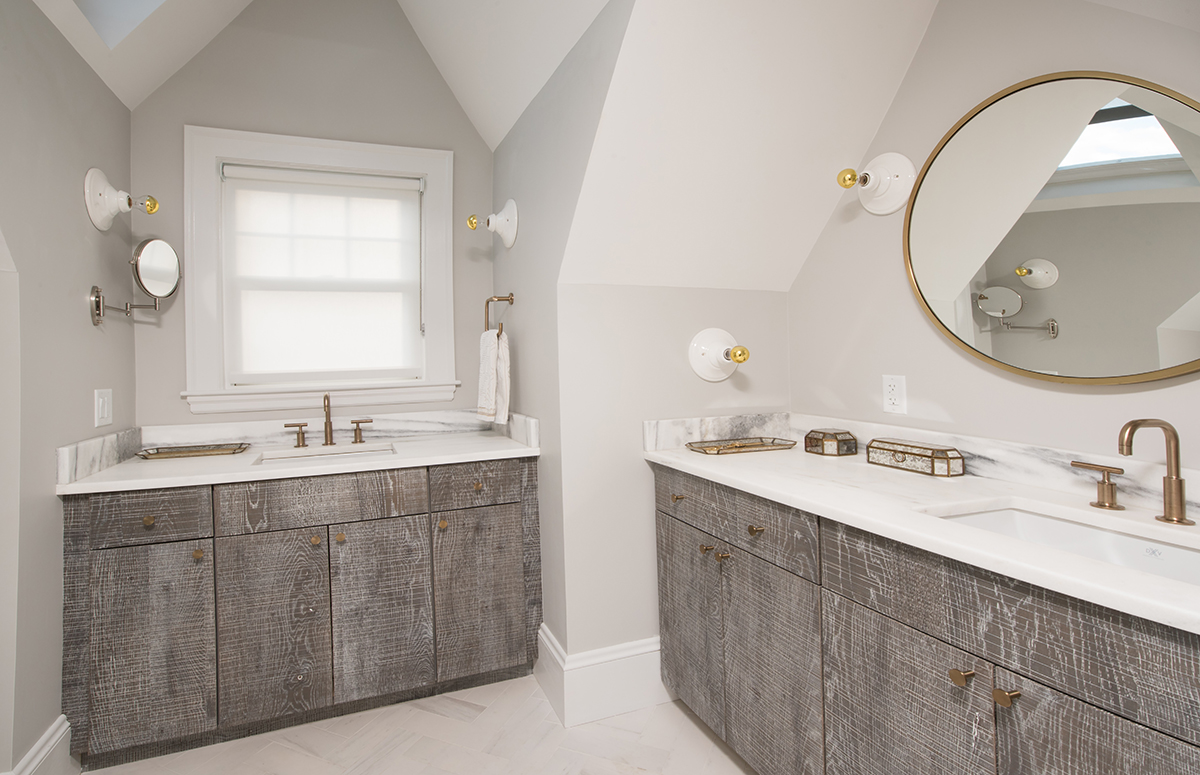 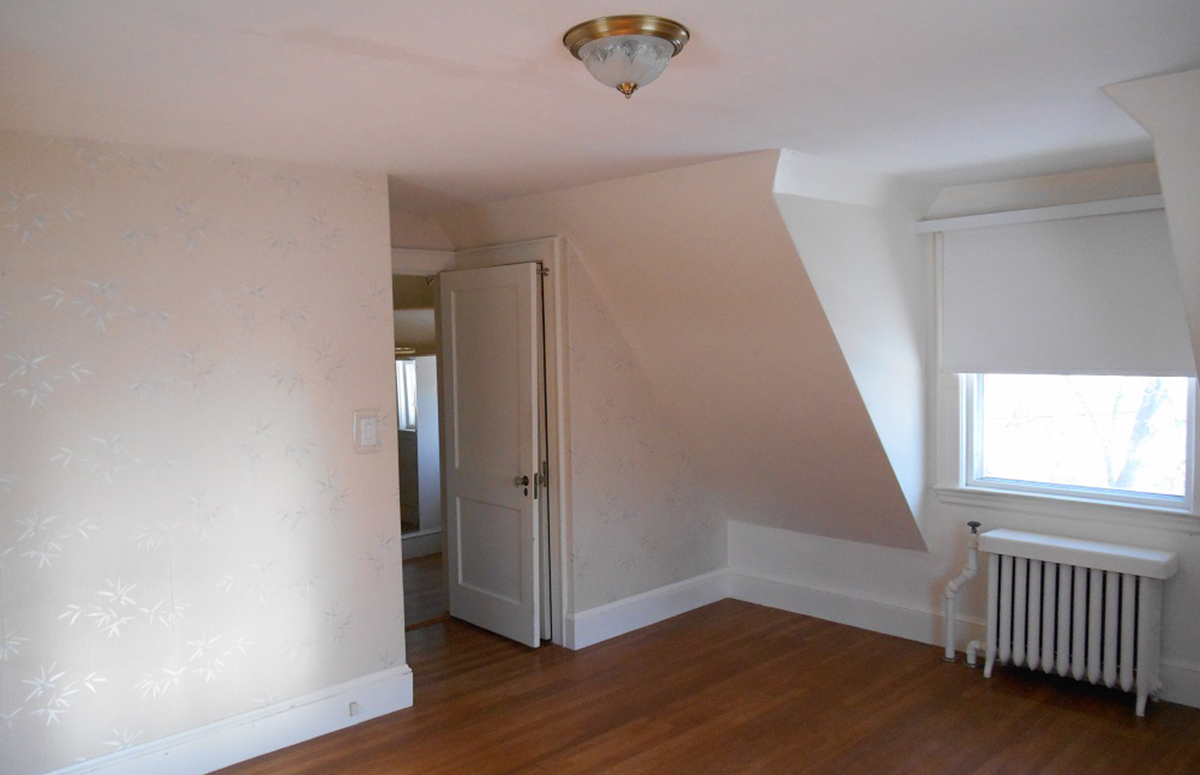 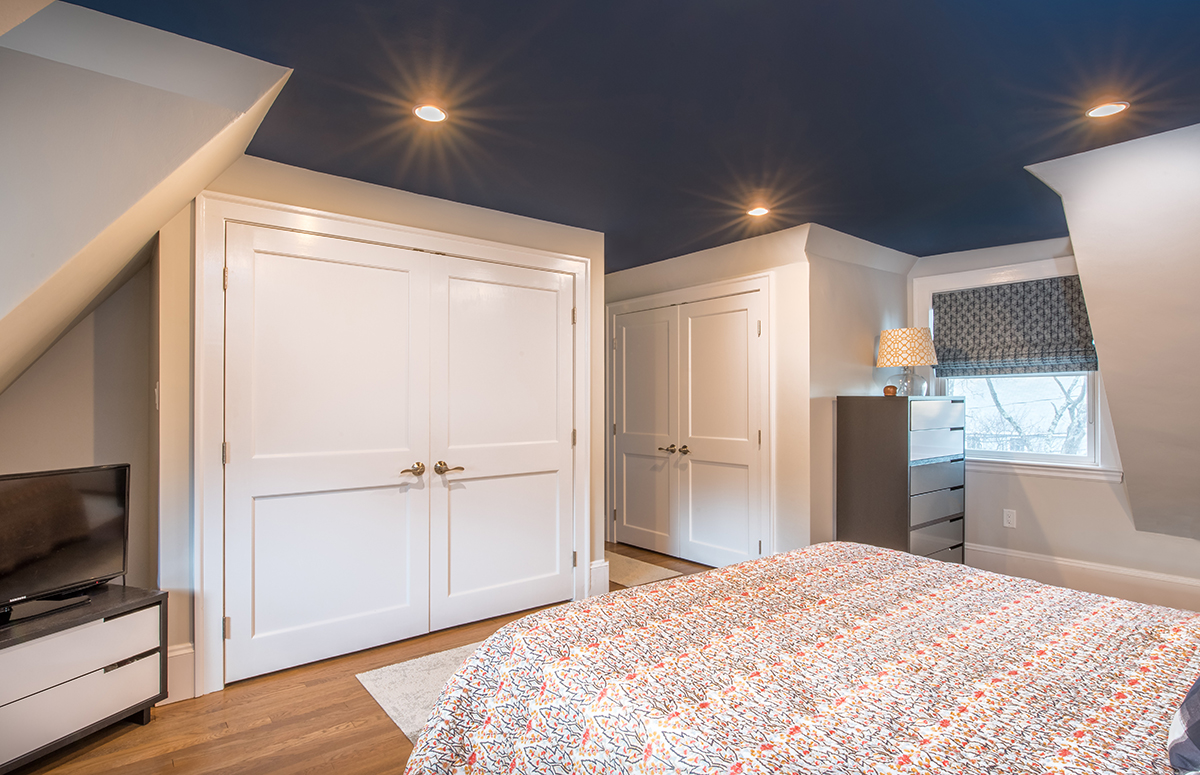 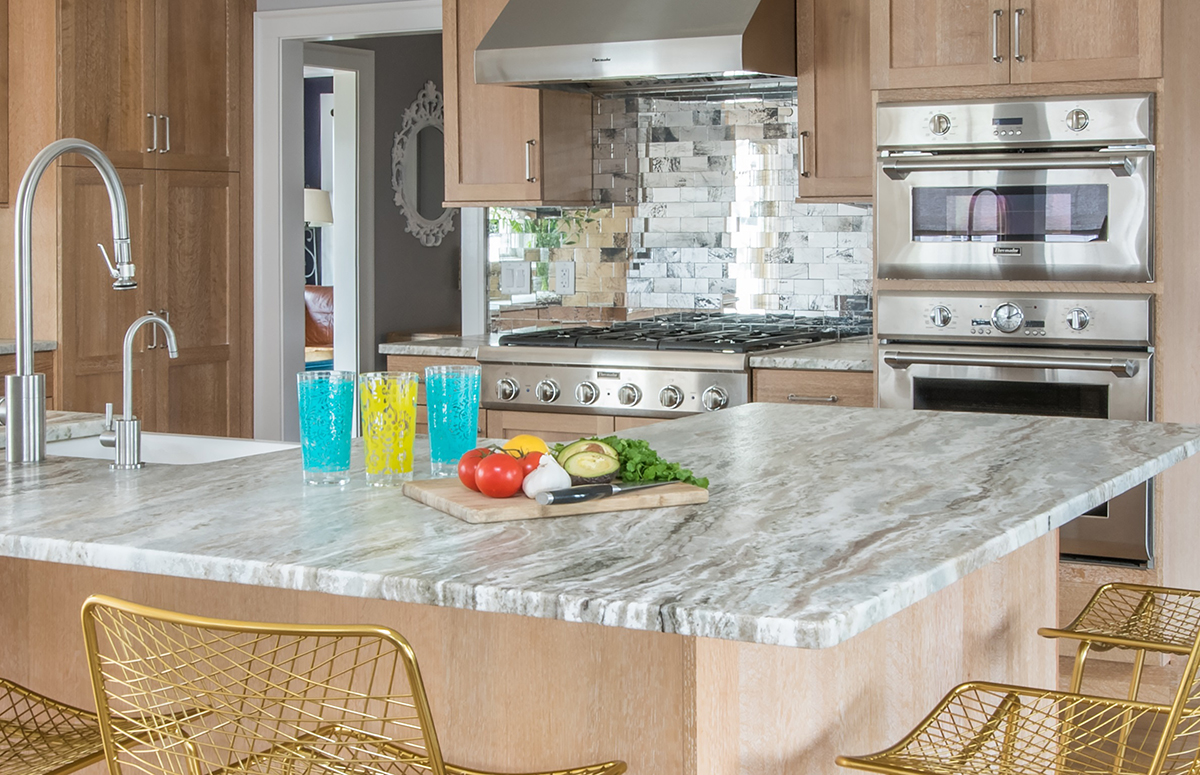