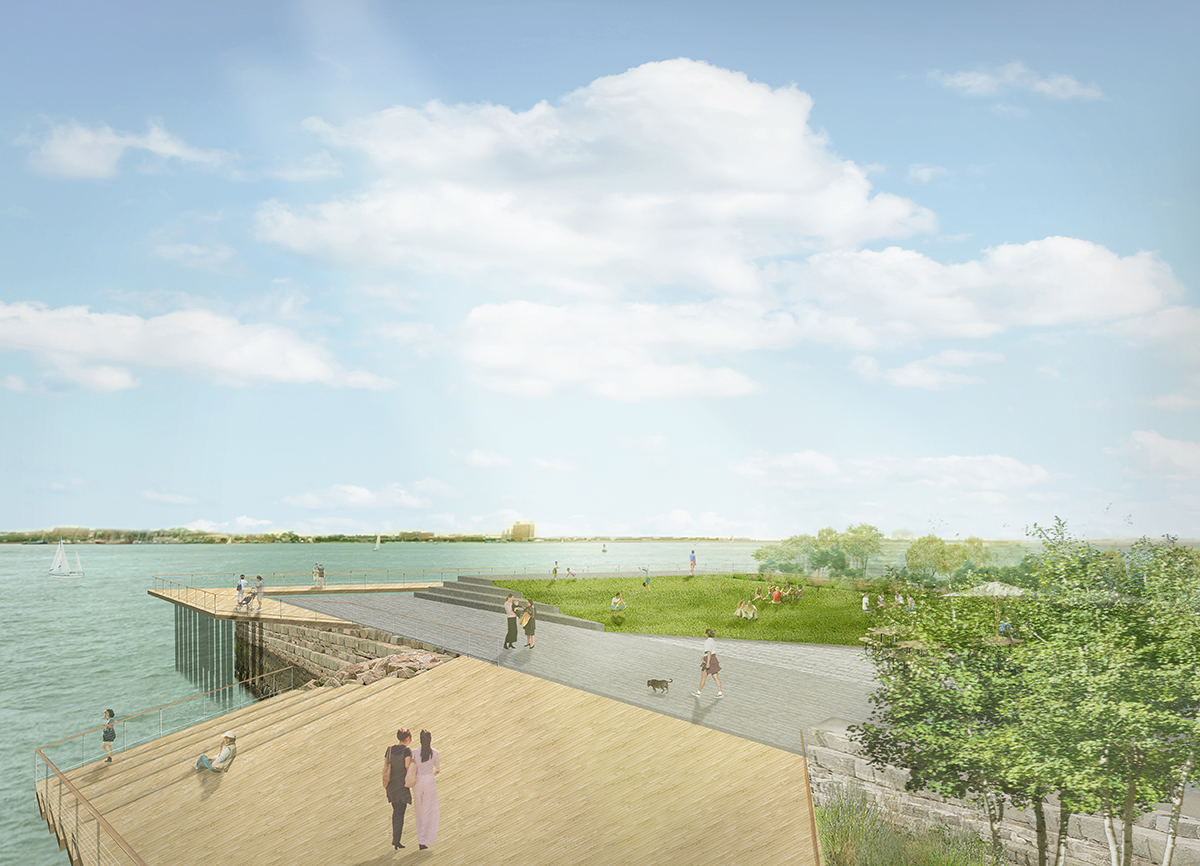 Boston’s Harborwalk is a prime spot to be during summertime in the city. The 38-mile-long path along the water’s edge—which will extend 47 miles when the Harborwalk is completed—offers a welcome refuge from the heat. By next year, the public walkway will have a new, one-of-a-kind addition to reinforce its reputation as a waterfront sanctuary: native vegetation.

Pier 4, Tishman Speyer’s ongoing residential and commercial development in the Seaport, is creating a new public space along the Harborwalk that will feature a range of native coastal plants from beaches around New England. Slated for completion in Fall 2018, the space will be made up of a series of six-foot-wide terraces, or “sea steps,” offering front row seats to harbor views from three sides.

Eric Kramer, principal and partner of landscape architecture firm Reed Hilderbrand, says the park will blend urban and coastal experiences, and its plantings will be familiar to those who know the coastline of Massachusetts.

“In that way, it will be a little rough and tumble,” he says of the windswept plants and grasses. “The things you think of on dunes will be represented here.”

In order to bring dunes into the city, Kramer and landscape architect Elizabeth Randall sourced a variety of plant species, from little bluestem, often found in large swaths on Crane Beach, to groundsel bush, found on Plum Island.

“(Little bluestem) is a really beautiful seasonal grass that changes in the seasons and responds to wind in a beautiful way,” says Randall. Groundsel bush is a tougher shrub that’ll be planted at the end of the pier. “It holds onto rocky ground and rocky slopes, and has a lovely flower,” she explains.

There will also be hardy birches, scrub oaks, and a variety of plants in the Rhus family, like sumacs, which can be seen on the Boston Harbor Islands.

“I think of those as the things that are growing on the old forts and finding their footing on the kind of leftover lands,” says Kramer. “They turn a bright sort of rust color in the fall, and they have kind a beautiful, even in the winter, sort of a skeletal shape.” 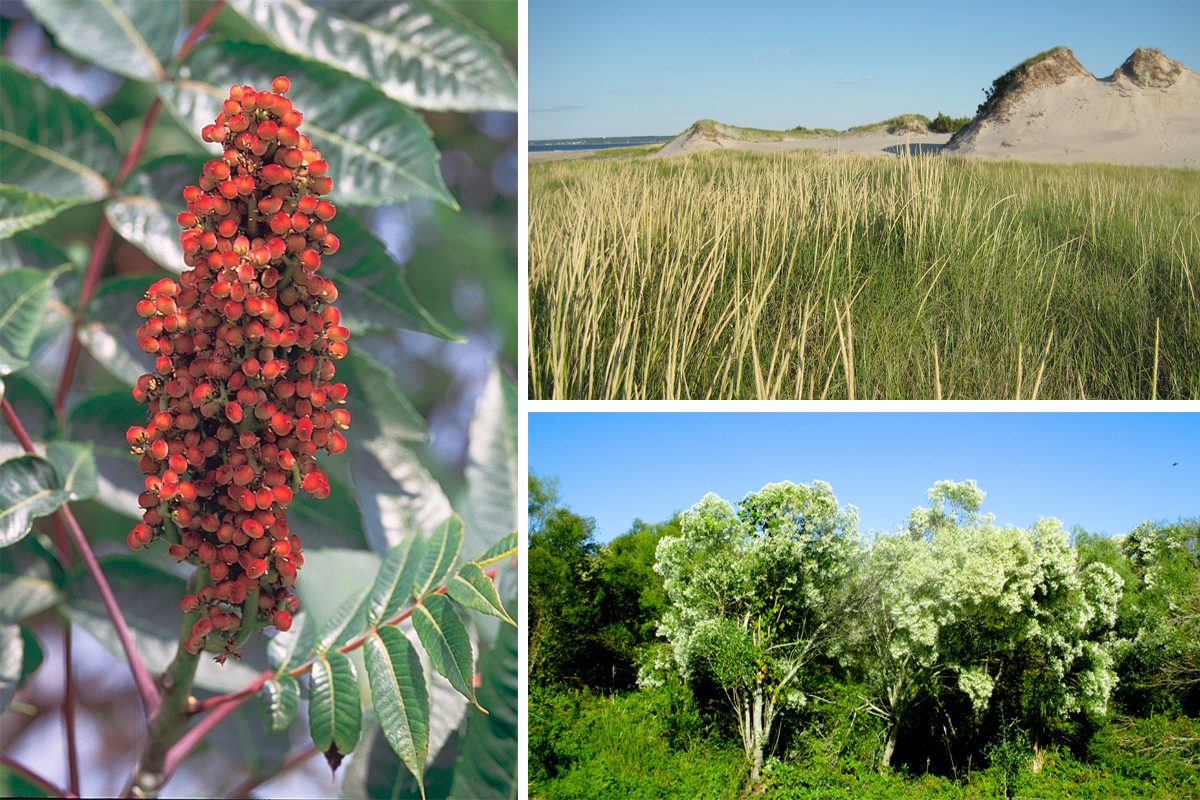 The duo says the plants’ transformations throughout the seasons is what sets the space apart from urban retreats like the Public Garden. Unlike a more manicured park, the sea steps will exhibit plants during all stages of their lives, making for a space that’s “alive, engaging, and seasonal,” says Kramer.

“These are not the kind of grasses you mow down. They have a presence,” says Kramer. “In the windy weather, when the grasses are moving back and forth, that is still quite a dynamic condition, which in some ways is even more present in the winter as the other vegetation sort of falls away.”

In addition to year-round enjoyment of the native plants, Pier 4’s sea steps will allow visitors to get up close and personal with the tides. The uniquely positioned pier, surrounded by the ocean on three sides, creates the effect of being out on the water. Paired with the series of terraces, the space showcases the harbor’s twice daily tidal movements.

“All of these opportunities are hopefully ways in which people start to get more in touch with that in a way that you don’t normally when you’re just sort of looking out at (the harbor) as a sort of monolithic object,” says Kramer. “It’s a much more intimate set of relationships, hopefully.” 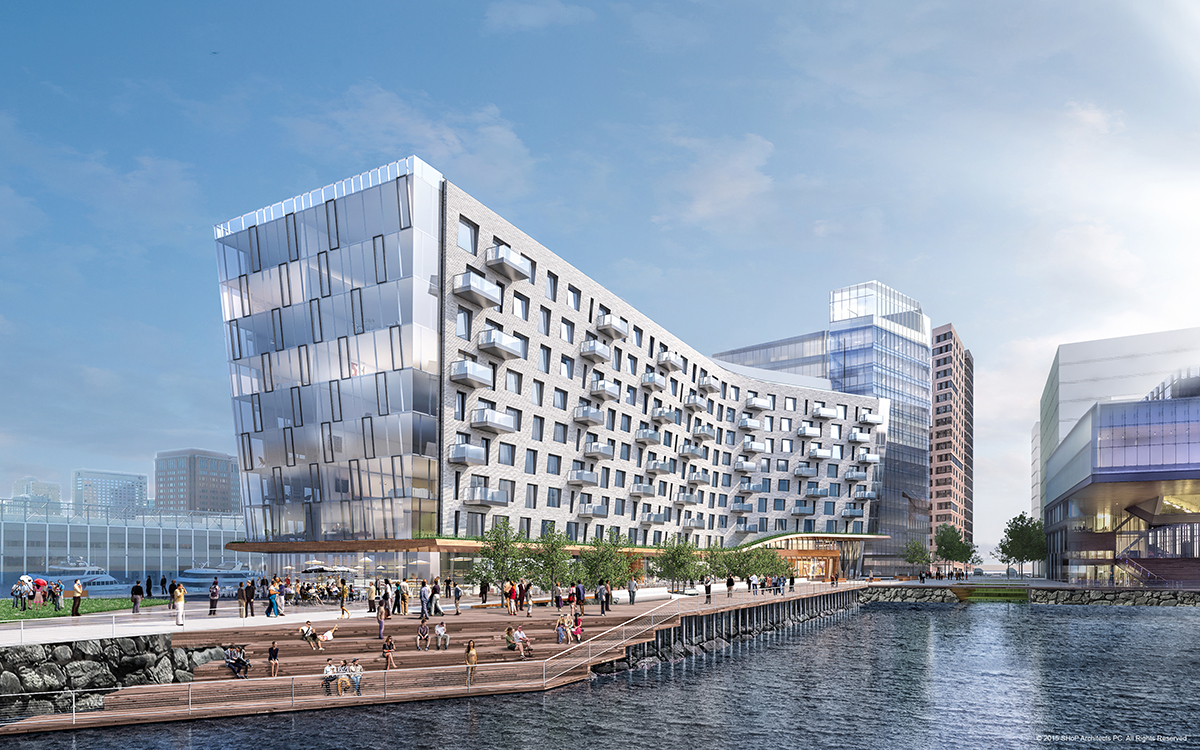