There’s a Sinking Yellow House on the Greenway 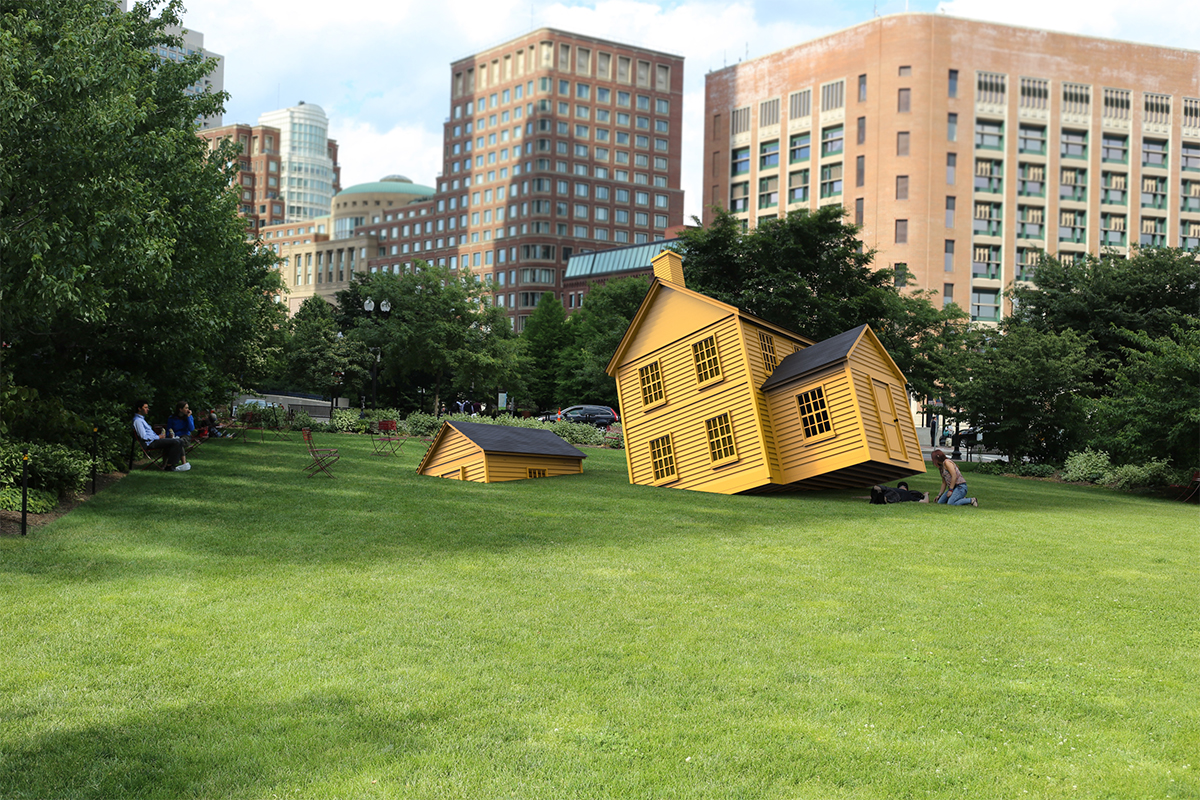 If you’ve taken a stroll down the Rose Kennedy Greenway this week, you may have noticed a new, brightly colored structure poking out from the grassy expanse. A lopsided yellow house, which, depending on your perspective, could be sinking into the ground or rising up from it, has been built in the space between Pearl and Oliver Streets.

The dwelling isn’t a solution to the city’s shrinking housing inventory—rather, it’s one of three new public art installations to grace the Greenway this spring. Called “The Meeting House,” the yellow cottage is modeled after a New England Quaker meetinghouse. It was dreamed up by artist Mark Reigelman, who’s aiming to make a statement about the built environment. The house and its accompanying mini house are meant to make viewers ponder the multiple layers of history that created Boston’s unique landscape.

“The sculpture references two significant parts of New England history: the small, house-like structure is a reminder of the thousands of displaced residents and demolished homes that resulted from the city’s elevated highway infrastructure project,” reads Reigelman’s artist statement. The larger house is modeled after the oldest surviving Quaker meetinghouse in Massachusetts: the Pembroke Friends Meeting House.

To build it, Reigelman created plans for a 14-foot version of the historic Pembroke building, then titled it at a 20-degree angle. He transported more than 20 parts to the Greenway this week, and pieced the house together using authentic woodworking techniques. It’s made of Eastern white cedar, birch plywood, galvanized metal, Plexiglass, steel, cast concrete, and acrylic resin coating.

The installation also makes a statement about community ideals, since traditional meetinghouses acted as community centers where members could discuss local issues, conduct religious worship, and engage in town business.

“The Meeting House intends to mimic these ideals, highlighting the potential for civic structures to act as gathering points where passersby can explore, question and interact, and acting as a reminder of the essentialness of social interaction and civic discourse,” continues Reigelman in his statement.

The precariously perched example of colonial architecture was completed on Wednesday. It’s a part of the Greenway’s Playful Perspectives series, which seeks to inject playfulness and curiosity into everyday life. Two other works will debut over the next three months as part of the series: an optical illusion room by Meredith James called “Far from this setting in which we now find ourselves,” and 3D paintings on two-dimensional surfaces by Aakash Nihalani.

In a statement, the Greenway’s public art curator, Lucas Cowan, said the works will monumentalize the mundane. “For 2017, we’ve sought to invite both the viewer and the artwork to interact with one another and have an experience that’s altogether perspective-altering,” he said. 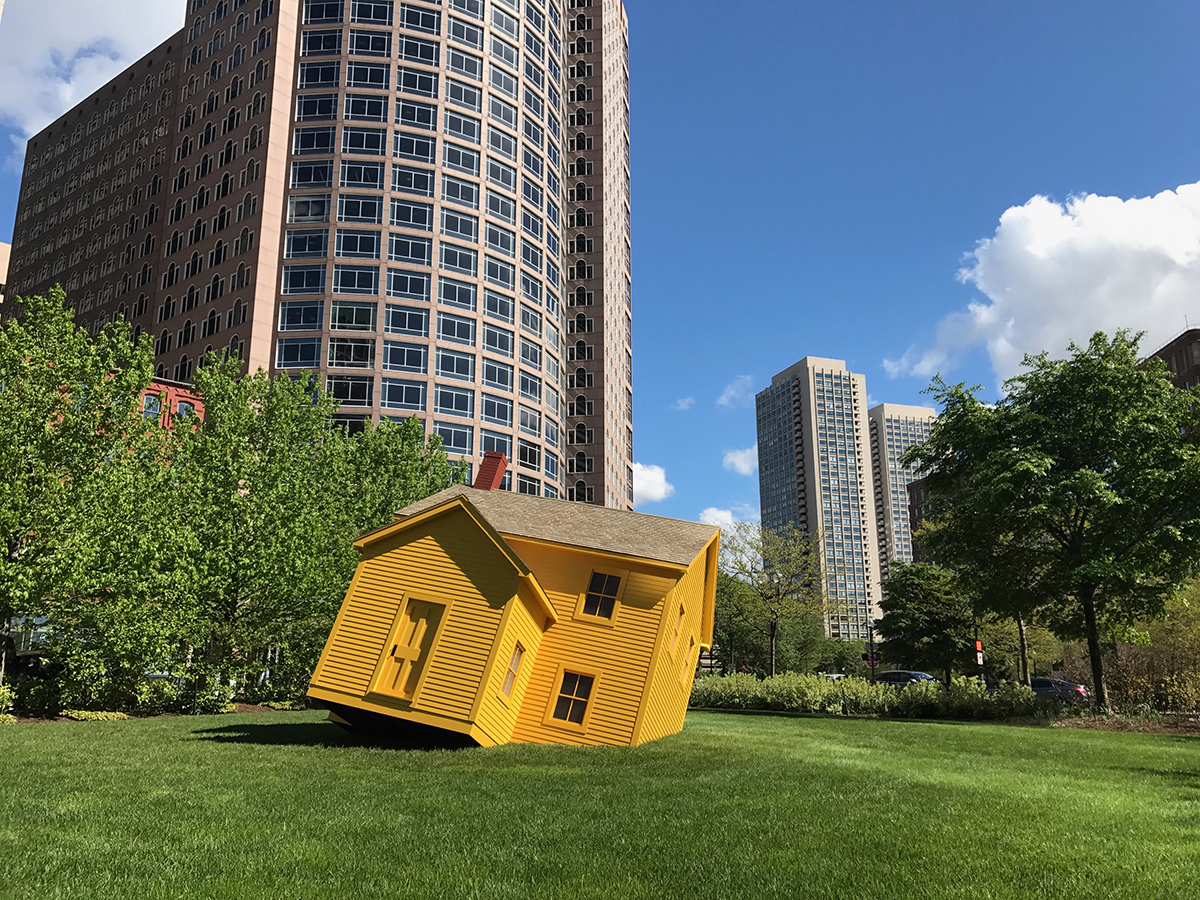