Plus, read about the one Beals Street resident who isn't allowed inside the museum. 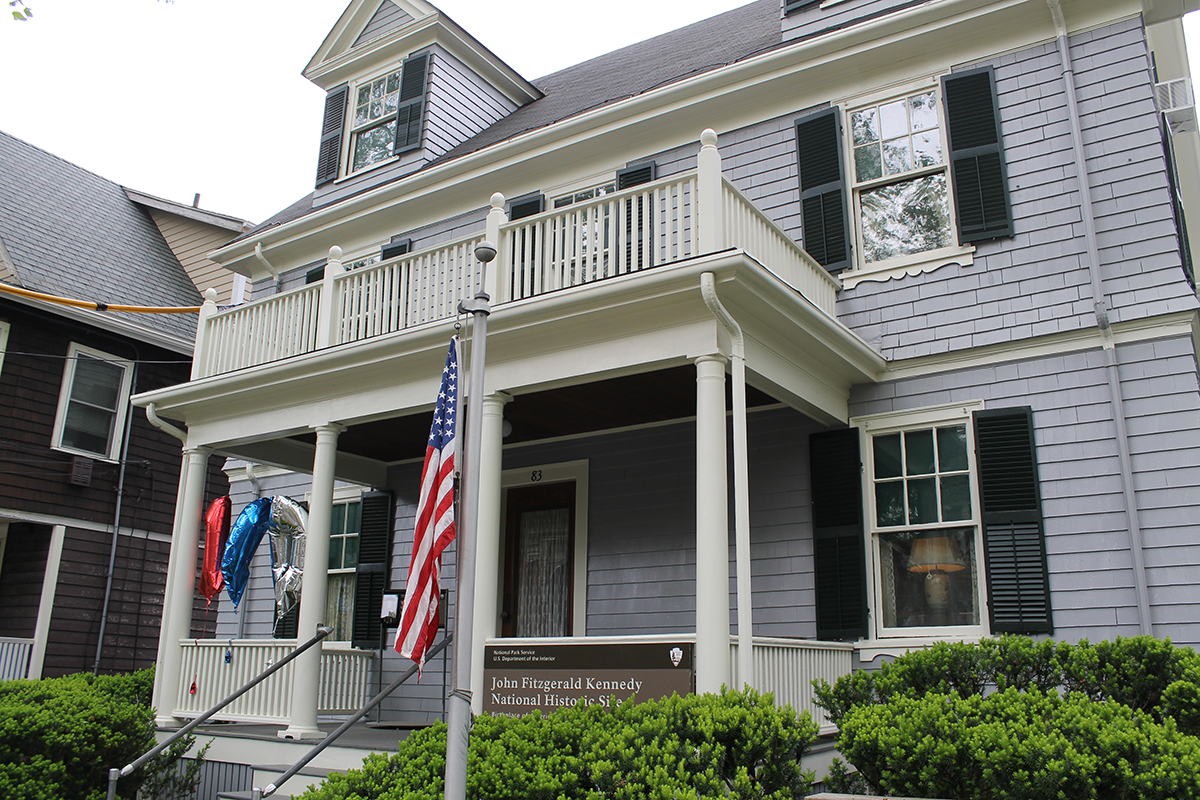 As the city celebrates the 100th birthday of John F. Kennedy this year, it’s the perfect time to see the house where it all began.

On an unassuming street in Brookline, an American flag, stone monument, and balloons spelling out “100” mark the John Fitzgerald Kennedy National Historic Site. Rose and Joseph Kennedy moved into the three-story house at 83 Beals Street in 1914, and the first three Kennedy children were born—literally born in the upstairs master bedroom—in the house. The Kennedys spent six years on Beals Street before moving to another home in Brookline.

In 1964, the John F. Kennedy birthplace became a dedicated National Landmark, and two years later, Rose Kennedy purchased her former home on Beals Street to create a museum and memorial to her son. Showcasing photographs, furniture, and mementos, much of the home holds original relics personally donated by Rose. She worked with a historian to restore the home to its original glory, circa the early 1900s. The John Fitzgerald Kennedy National Historic Site was established in 1969, on what would have been JFK’s 52nd birthday.

In addition to JFK’s centennial, 2017 marks the 50th year since Rose Kennedy bought the home to create a museum. The John Fitzgerald Kennedy National Historic Site will host and take part in several events for the JFK centennial celebration. (You can check out the events lineup here.)

Ahead, check out five little-known facts about JFK’s birthplace. 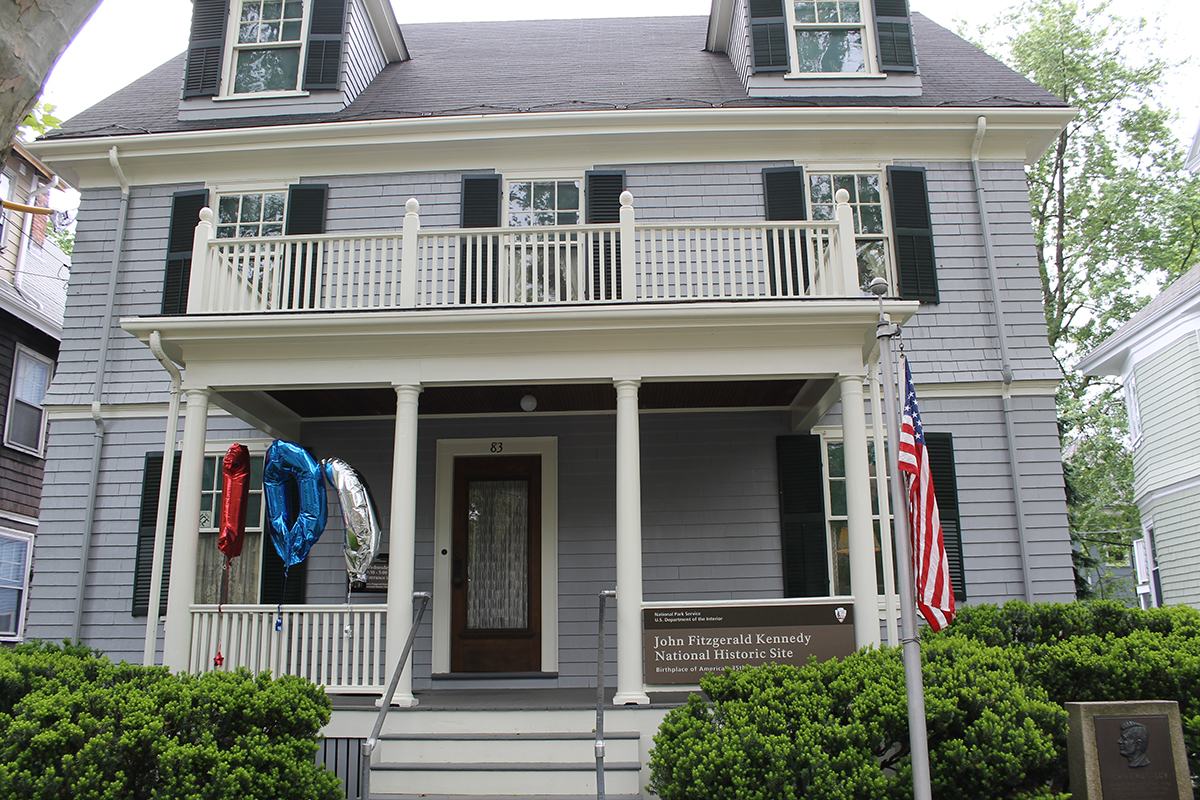 1. 83 Beals Street was originally painted dark green on the outside.

When Joseph and Rose Kennedy bought the Brookline house, the exterior was a dark forest green—a color that Rose strongly disliked. When she bought the home in 1966, she repainted it to its current blue hue. 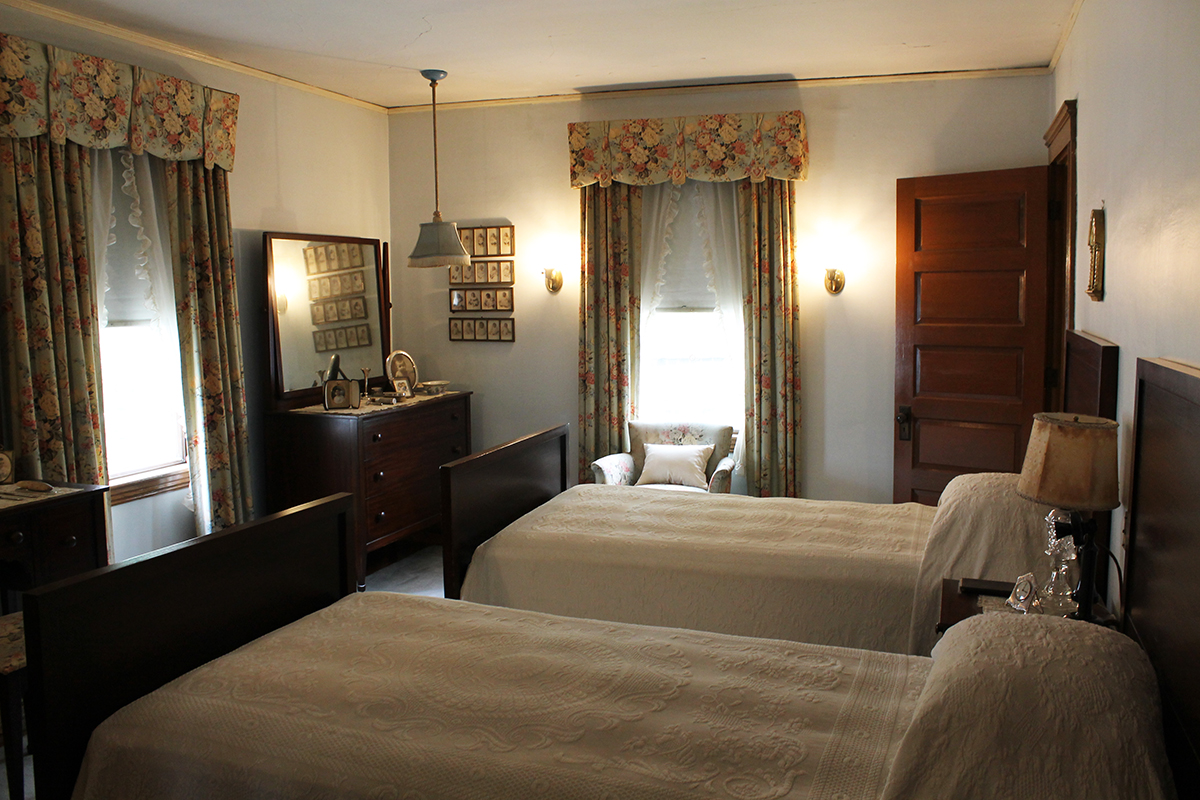 2. That’s the original bed where three of the Kennedys were born.

About 20 percent of the furniture in the home were original items donated by Rose, including her bed in the master bedroom. She told curators that it was “the bed closest to the window” where she gave birth. 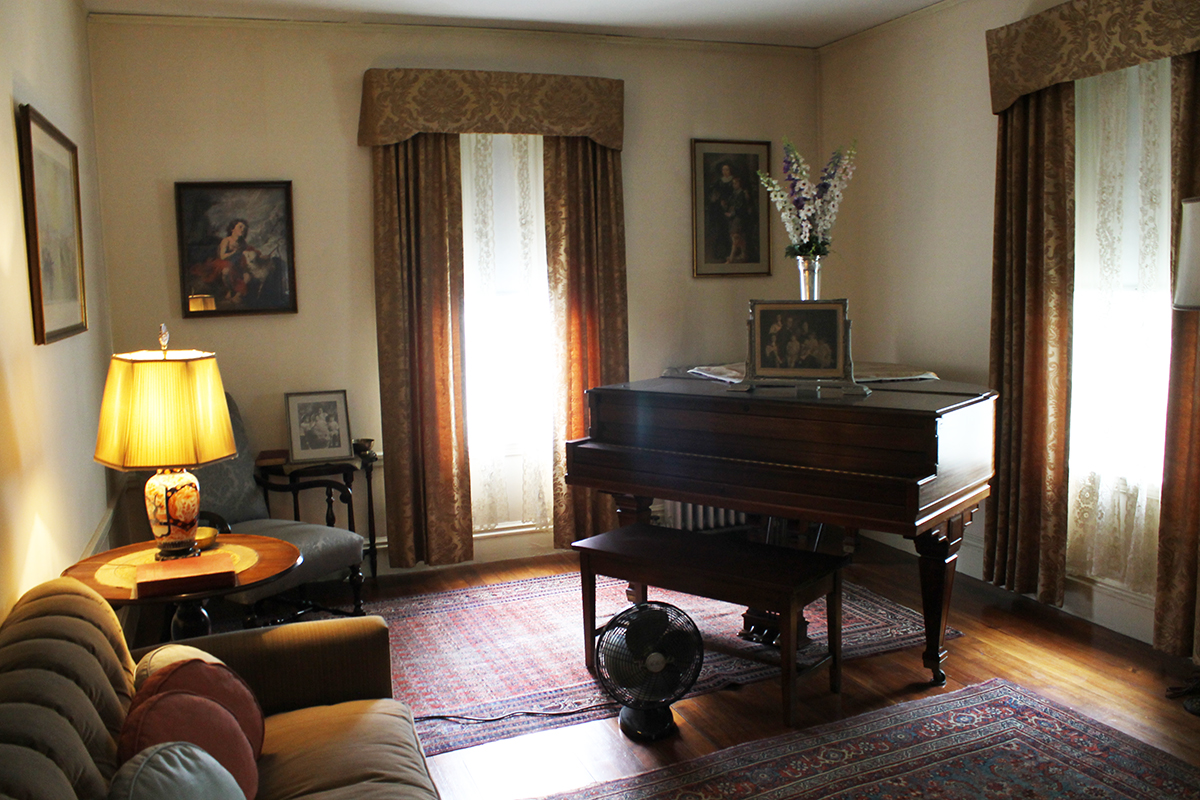 John Fitzgerald Kennedy was born at 3 p.m. in the afternoon, and the house is ready for the new baby. 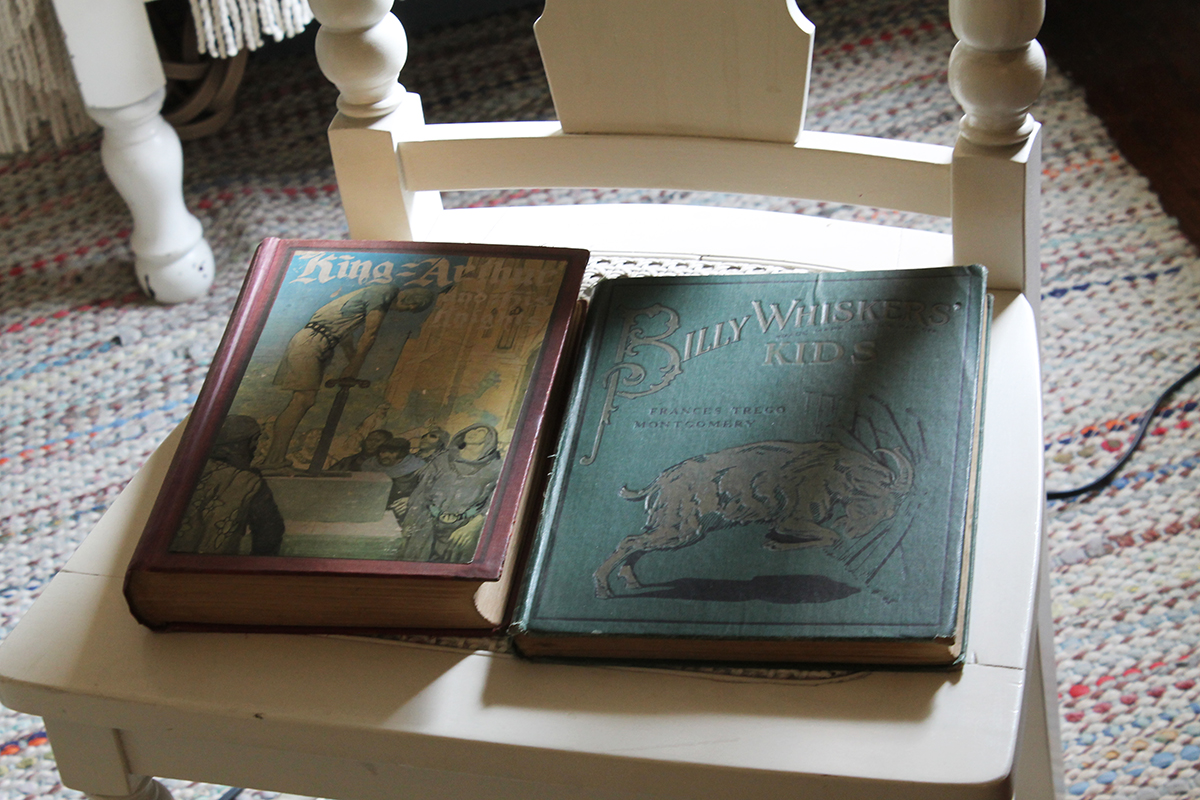 4. The two books on the chair in Jack’s room were some of his favorites, but not his mother’s.

While Rose approved of the nobility, honor, and quests in the stories of King Arthur and Camelot, she disapproved of the adventures in Billy Whiskers. Jack, however, loved the books (a gift from his grandmother) for the mischief and fun. 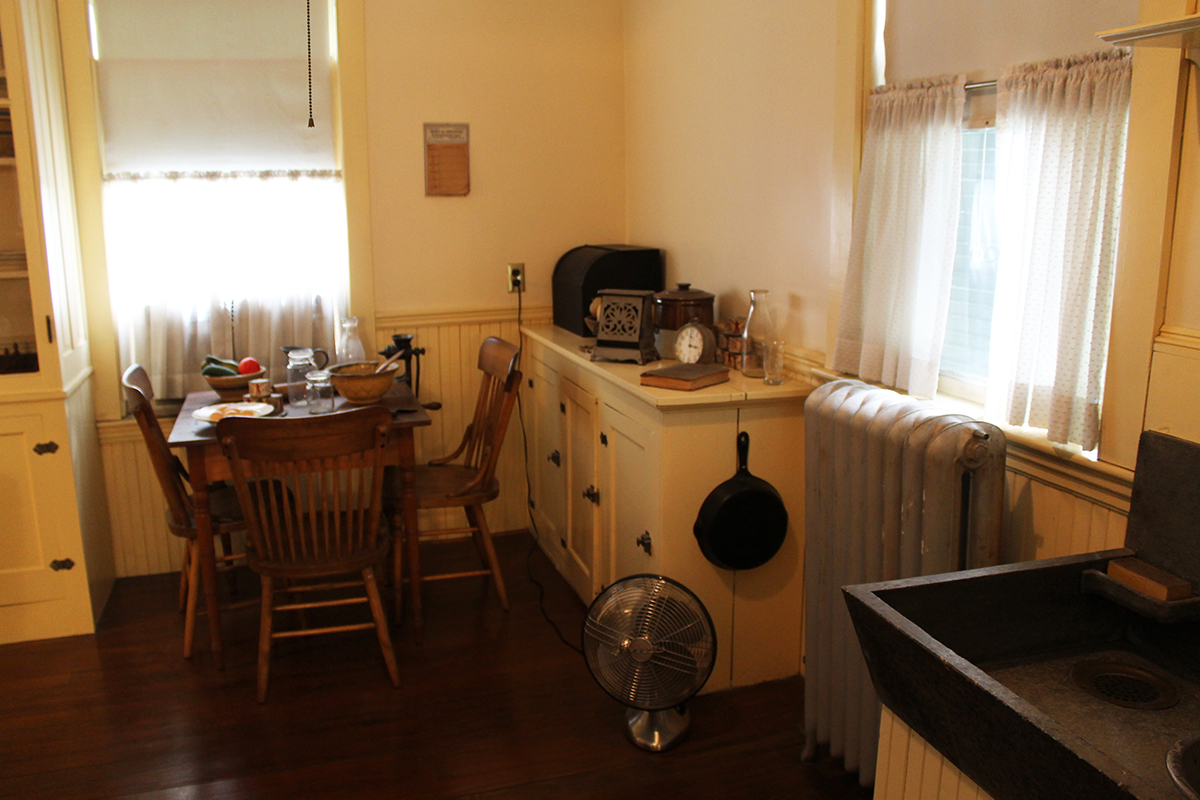 5. Meals were served at a specific time everyday, and no one was allowed to miss them—except Jack.

There were times Jack came late to family meals, or missed them entirely. So he would sometimes sit in the kitchen, where the housekeepers ate, to catch up on his eating. Rose only let Jack get away with it because he was a skinny and sickly child who needed his protein. 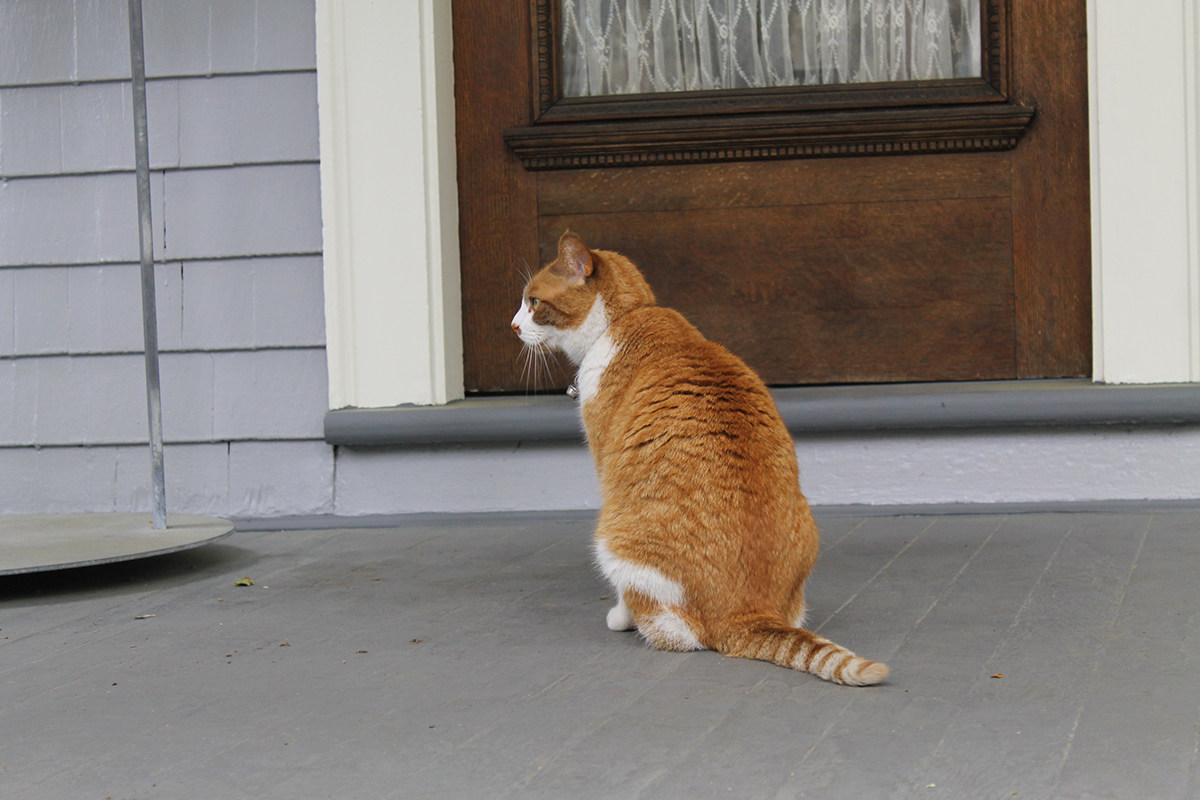 Houdini is the friendly neighborhood cat of the Beals Street block. He would love a tour of the John Fitzgerald Kennedy National Historic Site, but unfortunately park rangers won’t let him inside.